Eric Holder was found not guilty! It's a Big Day for the Democratic Party!

Those statements may have hurt the Republican Party, but if Eric Holder was found guilty than that could have been death to the Democratic Party in most States.

President Obama was facing a tremendous amount of scrutiny by Republicans over this matter & I think a lot of voters should look at the fact that Eric Holder was found not guilty.

I'm not sure if anyone remember the thread I did called "Republicans After Eric Holder".  I now stand by what I said, I think lower lever officials that worked for the ATF controlled the gun operation & after the change of administration the ATF agents noticed the new administrators trust them like the old administrators, meaning nobody is watching us. The new administrators only know what the operators tell'em. Let's face facts, a lot of folks that work in government are very naive & live a very sheltered life, they're by the book, they're not field agents so they don't have any experience being a operator so they would believe almost everything the low level ATF operators told them until Agent Terry was murdered. The Republicans got word of what happened so they placed the blame on the new administration.

I think it's more than just incompetence here. I think it's corruption involved here. Like I said in the first thread about this matter, the CIA sold guns in Operation Mongoose during the Kennedy Administration, we sell arms every day, they call it the black market. I really think we have some ATF operators that was looking for a debt free early retirement a couple of Visa's, a passports or a retirement with a lot of cash & a friendly bank overseas. In dealing with Mexico & drugs & arms a of folks that work for government know they can't stop it so they try & contain it.

Gun-walking was an experimental tactic, barred under long-standing department policy. ATF agents in Arizona allowed suspected "straw purchasers," in these cases believed to be working for Mexican drug gangs, to leave Phoenix-area gun stores with weapons in order to track them and bring charges against gun-smuggling kingpins who long had eluded prosecution.

5 years, 5 years & they didn't really charge that many folks with gun charges & that's a lot of cash flow & a lot of days, months & years of non-supervision, that's a lot of time to make a lot of cash under the black market for some low level ATF operators. I'm just saying, 5 years is a long time. Look we know people that work for the ATF was incompetent are else we wouldn't be here discussing this, so the ATF was incompetent 5 years? I don't think so. If there was incompetence than how do we know 68,000 guns were sold in the past five years? How do we know that number isn't higher?

The inspector general found fault with the work of the senior ATF leadership, the ATF staff and U.S. attorney's office in Phoenix and senior officials of Justice's criminal division in Washington. He also said that poor internal information-gathering and drafting at Justice and ATF caused the department to initially misinform Congress about Fast and Furious.

Who controlled the internal information-gathering? The low level ATF operators working out in the field.

I don't think they're very interested in ATF agents selling guns to the Mexican gangs are Mexican drug cartels, not at least now. It would be considered speculative assumptions.

Two senior officials left the department, one by resignation and one by retirement, upon the report's release.

WASHINGTON (AP) — The Justice Department's internal watchdog on Wednesday faulted the agency for misguided strategies, errors in judgment and management failures during a bungled gun-trafficking probe in Arizona that disregarded public safety and resulted in hundreds of weapons turning up at crime scenes in the U.S. and Mexico.

Two senior officials left the department, one by resignation and one by retirement, upon the report's release.

In the 471-page report, Inspector General Michael Horowitz referred more than a dozen people for possible department disciplinary action for their roles in Operation Fast and Furious and a separate, earlier probe known as Wide Receiver, undertaken during the George W. Bush administration.

The report did not criticize Attorney General Eric Holder, but said lower-level officials should have briefed him about the investigation much earlier.

The report found no evidence that Holder was informed about the Fast and Furious operation before Jan. 31, 2011, or that the attorney general was told about the much-disputed gun-walking tactic employed by the department's Bureau of Alcohol, Tobacco, Firearms and Explosives.

Gun-walking was an experimental tactic, barred under long-standing department policy. ATF agents in Arizona allowed suspected "straw purchasers," in these cases believed to be working for Mexican drug gangs, to leave Phoenix-area gun stores with weapons in order to track them and bring charges against gun-smuggling kingpins who long had eluded prosecution.

Because of thin ATF staffing and weak penalties, the traditional strategy of arresting suspected straw buyers as soon as possible had failed to stop the flow of tens of thousands of guns to Mexico — more than 68,000 in the past five years. The operation was a response to criticisms of the agency's anti-smuggling efforts.

The inspector general found fault with the work of the senior ATF leadership, the ATF staff and U.S. attorney's office in Phoenix and senior officials of Justice's criminal division in Washington. He also said that poor internal information-gathering and drafting at Justice and ATF caused the department to initially misinform Congress about Fast and Furious.

Two of the 2,000 weapons thought to have been acquired by illicit buyers in the Fast and Furious investigation were recovered at the scene of a shootout that claimed the life of U.S. border agent Brian Terry. About 1,400 of the total have yet to be recovered.

Holder noted in a statement that the report confirmed his assertions that the flawed strategies were driven by field agents without his knowledge or approval and that department did not set out to misinform Congress.

He said the report's disciplinary recommendations are being pursued and "we now have two men in custody and we will continue to aggressively pursue the remaining fugitives to ensure justice for Agent Terry, his family and his fellow law enforcement agents."

Fast and Furious has produced charges against 20 gun traffickers, 14 of whom have pleaded guilty so far.

One of those criticized in the report, former ATF acting director Kenneth Melson, who headed that agency during the Fast and Furious investigation, retired upon release of the report.

"Melson made too many assumptions about the case," the report stated. "Melson should have asked basic questions about the investigation, including how public safety was being protected."

Melson responded in a written statement: "While I firmly disagree with many of the speculative assumptions, conclusions and characterizations in the inspector general's report, as the acting director of the agency I was ultimately responsible for the actions of each employee."

"Weinstein was the most senior person in the department in April and May 2010 who was in a position to identify the similarity between the inappropriate tactics used in Operations Wide Receiver and Fast and Furious," the report said. ATF agents in Arizona conducted Wide Receiver in 2006 and 2007 and began Fast and Furious in October 2009.

—Wilkinson should have promptly informed Holder of the fact that two guns found at the scene of Terry's slaying were among the 2,000 illicitly acquired weapons in Operation Fast and Furious.

—Grindler relied on the FBI to investigate the Terry killing. That reliance was misplaced, given that the bureau did not have the responsibility to determine whether errors in ATF's investigation led to the weapons ending up at the murder scene.

The inspector general said he found no evidence that former Attorney General Michael Mukasey, who took office late in the Bush administration after Wide Receiver was ended, was ever informed that it used gun-walking. 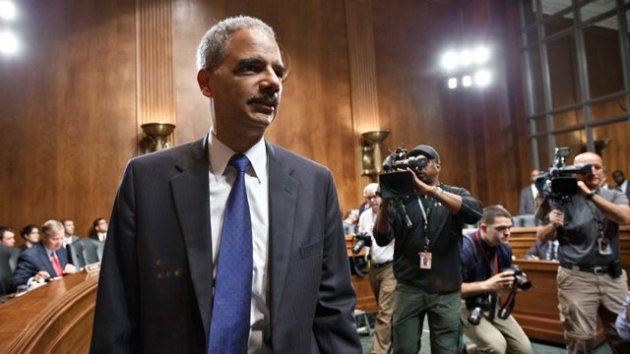 More on the story.

In a statement today, Holder said, "It is unfortunate that some were so quick to make baseless accusations before they possessed the facts about these operations -- accusations that turned out to be without foundation and that have caused a great deal of unnecessary harm and confusion."

Misinformation was passed on to Congress, according to the OIG report. Weinstein and his attorney vigorously denied any wrongdoing, saying Weinstein did not receive the key information he needed from the agents carrying out the operation. The former acting director of ATF during the operation, Kenneth Melson, today retired from the Department of Justice, effective immediately.

The report was highly critical of William Newell, the former special agent in charge of the Phoenix field office. "Newell also bore ultimate responsibility for the failures in Operation Fast and Furious," the review found, citing his leadership position and involvement in the case.

Inspector General Michael Horowitz said, "We operated with complete and total independence in our search for the truth, and the decision about what to cover in this report and the conclusions that we reached were made solely by me and my office." 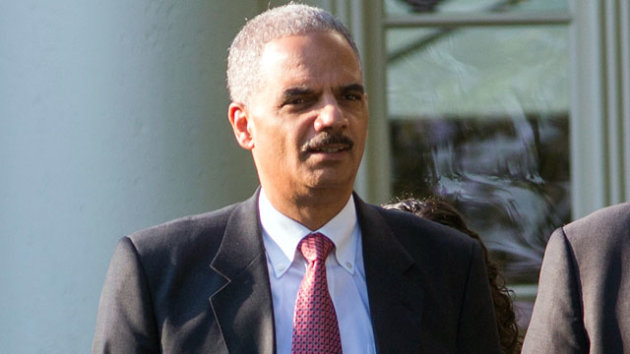