PRAYER for our New President and God's favor and hand in every decision of his administration... For prayers only & not politics or advertising. President Obama was 'Born a Muslim'

Where does Obama attend church?

(POSTED ON THE MESSAGE BOARD OF ANOTHER WEBSITE) ANYBODY HAVE MORE UPDATED INFORMATION?? Monday, Jun. 29, 2009The Obamas Find a Church Home — Away from HomeBy Amy SullivanFor the past five months,…Continue

You need to be a member of PRESIDENTIAL PRAYER TEAM to add comments!

Praise God, We are praying for our President daily. So happy to be a part of this group. :-) 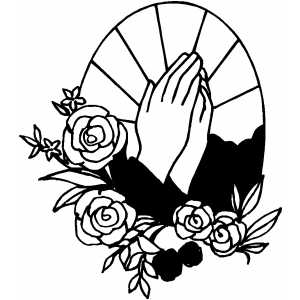 We pray for optimum health, mental clarity and political prosperity for President Barack Obama. We pray that what he lacks in political 'experience' you make up for with supernatural wisdom and power.

We also pray that when his enemies come upon him they will stumble and fall; and that your love will fill his heart to the end that 'Your will' be done through him.

We pray mightily for his protection. As we plead the Blood of your son, Jesus, over him and his family. We reverently ask you to dispatch legions of angels to protect them from all hurt, harm and danger as he serves as The President of the United States of America . We thank you and praise you for answering our sincere prayers, In Jesus'Precious Name, AMEN.


All you are asked to do is keep this circulating, if you are so inclined.

May God bless and keep you.

Comment by Rev. Dr. Bobbie Armstrong on June 26, 2011 at 2:16pm
FATHER GOD, Lord of all creation, who sets up kings and kingdoms, and who brings them down. Lord I am aware of your omnipotent power and there is none liken unto you. Bless our president and his family. watch over his cabinet and administration. Lead him dear Lord, that he remain in the steps of righteousness and cognizant of your Word. Protect him and his family. Be a hedge around him Lord; a wall of divine protection that will quench every fiery dart of the wicked one. Keep the family safe. In Jesus' mighty and precious name. AMEN.

Comment by Rev.Gregory Powels on May 9, 2011 at 11:26pm
Our father we like to thank you for the blessing you have given us at this time,father blessed our president and his family right now lord ,in the name of jesus we pray for peace,we pray for those who obstructs that peace father,lord we need you now more than ever in these truobled times,lord we know everything you do is right and good,father we thank you in your son JESUS (amen)

Comment by Rev. Victor Chike Keri on February 23, 2011 at 8:08am
Our God and our Lord, we ask for your hand of guidance and protection over the President, his family and  his staff. Lord by your power let his policies find favor across the chambers and let his programs yield the desired result. Bless him in all he does.

Father in heaven let us take the time to just thank you for keeping us safe,mindful and aware of our surroundings in this land we live in Father,Lord we ask you watch over our President,his family and what he's prepared to do on a daily basis in this country,Lord just keep BLESSING him and let the Devil know he can't win with this Godly man because he is crowned with the Glory and your praise ....AMEN

Prayer For Our President

We pray Lord that he would reject all counsel that violates Christian spiritual principles and that he would trust God to prove him right (Proverbs 4:5).

We pray Lord, that he would resist those who would pressure him to violate his conscience and that by Your power, Lord Jesus that he reverses the trend of socialism and humanism in this nation. We ask You, Lord that he would be ready to forsake his personal ambition and political causes, if to do so would be for the good of the country (Proverbs 14:34).

Lord, help him to rely upon prayer and the Word of God for his source of strength, courage, and wisdom for decisions in his daily walk (Daniel 2:21).

Heavenly Father please restore dignity, honor, trustworthiness, and righteousness to the office of the Presidency of the United States of America and help him to remember to be a good example in his personal conduct for the fathers and sons of this nation to follow (Proverbs 13:10).

Lord please guide him and let him listen with his heart and soul to those whom You have appointed to know the truth concerning the land of Israel. Lord help those that are in his cabinet to understand and know that You, Oh God, promised that land to Israel and gave certain set borders to be there (Genesis 12:1-3).

Help the President and the State Department, and others to no longer continue to urge and require Israel to give up any of their God-given land (Ezekiel 11:17).

Help them, Heavenly Father, to repent for urging a peace plan that would cause them to sin against You. Heavenly Father, we ask that You will remain the most important influence of our Presidents life and in his decisions regarding the leadership of our country. That he will love and practice mercy and justice that he will praise and adore You God. That he will act wisely, that he will live a life of integrity both in public and in private (Proverbs 21:1).

That he will sense and know the presence of God in his life and that he will hate what is evil (Ephesians 1:9).

We ask, Lord Jesus, that he will not tolerate compromise in his life or in those who surround him. That he will keep his heart right with God and man that he would repent of sin and fight against it and that he will hate and avoid pride, evil talk, and slander (Proverbs 8:13).

Lead him, Lord Jesus, to be reminded daily that he is accountable to Almighty God for his position, and for the way he handles himself, for the decisions he makes will influence not only the present day, but also the future of the world.

We ask You Lord to abide with him, to always hear Your voice, in Jesus Name we pray – Amen

Every day our spiritual battle fought with prayers, cries, prayers, because we know that our war is not against people but against the enemy of our souls.

God is very present help in trouble, and through our faith, which is a personal experience that each of us has with the Lord, is this hour of adversity that we believe, even against hope, even if they say it is impossible if it is the best for us, God will make it happen!

Who trusts in God never disappoints, trust Him and He will answer us, He is our refuge and shall never despair.

We all want a happy life with our family restored by God with our hearts full of peace of the Lord, then we must be vigilant and pay close attention to not let things contrary to the teachings of the Lord come through our eyes, ears and reach our minds and hearts.

Our hearts should be overflowing of God's presence, then the only way, our hearts and our lips will flow rivers of living water through the power of the Holy Spirit of God.

Even when all the circumstances they want to afflict us, we cling to God, and believe that the Lord Jesus, for being beyond our Savior is also the Lord, is leading the rudder of our lives, and can sail with faith in Lord Jesus, that He has the best for each one of us!

"For I know the thoughts I have toward you, saith the Lord, thoughts of peace and not for calamity to give you an expected end" Jeremiah 29:11