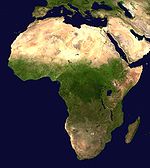 Ras Tafari sen on fast seen.
2013 OAU (AU) Golden Jubilee announcement December 2012.
The Chief Advisor at the Ministry of Foreign Affairs, Professor Mekonnen Haddis, announced on Friday December 7th) that the 50th anniversary of the formation of Organization of African Unity (OAU), now the African Union, its Golden Jubilee, would be celebrated with different events over a period of six months. This followed the decisions taken at the 16th Ordinary Session of the Assembly of Heads of State and Government of the African Union in January. 2011. Professor Mekonnen said the National Organizing Committee and the Secretariat Office set up for the celebration are undertaking various activities to make the celebration of the 50th anniversary colorful. He said that embassies of different African countries, the Addis Ababa City Administration, members of the business community, scholars, women and youth will all be taking part in the commemoration. Professor Mekonnen called on the media to publicize and promote the contribution of African leaders towards the establishment of the OAU and its progress during the last 50 years. The Organization of African Unity was established on 25th of May 1963 in Addis Ababa. It was originally established to promote unity, solidarity and cooperation among the newly independent African states. The OAU served its purpose and became the African Union in order to address the current needs of the continent more effectively. The decision to transform the OAU into the AU was announced at the final summit meeting of the OAU in July 2001; the Heads of State and Government of the Assembly of the African Union met for the inaugural session of the African Union in Durban, South Africa on July 10, 2002. The Law of the Golden Jubilee can be found at Leviticus 25, it shall be holy unto you, the OAU (AU) must make provision for the redemption of the Land. The Magdala greater public awareness campaign through the medium of music is led by Jamaican musicians. The OAU (AU) agenda is for a “Single African Government” under the 5 point plan of Dr Kwame N’Krumah. Students can research the 25th May 1963 speech of Emperor Haile Selassie I, establishing the OAU (AU) and set utterances to a musical campaign in the Diaspora. Seymour Mclean. Email seymour31@hotmail.co.uk.