Should the Church accept Credit and Debit Cards

Anthony Wells has not received any gifts yet

About Me: (Ministry Info, Hobbies, Fav. Music etc.)
Founder and Senior Pastor.Center for Abundant Living is a Bibilical
based church with it core principals based in Jesus teachings on 3 John the 2 verse "Beloved ,I wish above all things that thou mayest prosper be in health even as thy soul prosperth"John 10vs 10 " I come that thy may have life and more abundantly"

Hey Christans and all who LOVE Gospel Music !!!!
The Grand opening of the GOSPEL HOUSE 3946 Lee Rd. Cleveland ,Ohio 44128 Feb.8th ,2009 @7pm .
Featuring Cleveland Hottest Gospel Artists and Comedians .
So come out and relax and listen some spirit filled music, laugh at some clean comedy ,and Cleveland BEST SOUL FOOD and Ribs by B&M Restaraunt will be available . If you are a choir leader , member of a Gospel Band ,or can flat out Sing Gospel Come audition for Cleveland's Gospel Talent search which will be televised locally on Time Warner cable television . So call Tony Wells @1.866.685.6226 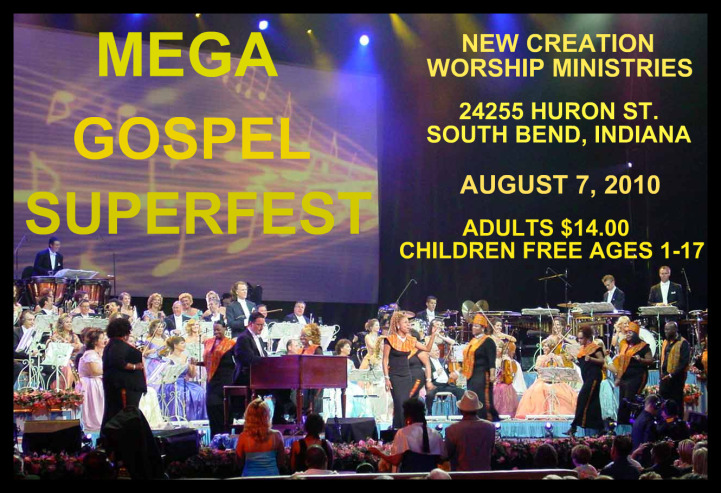 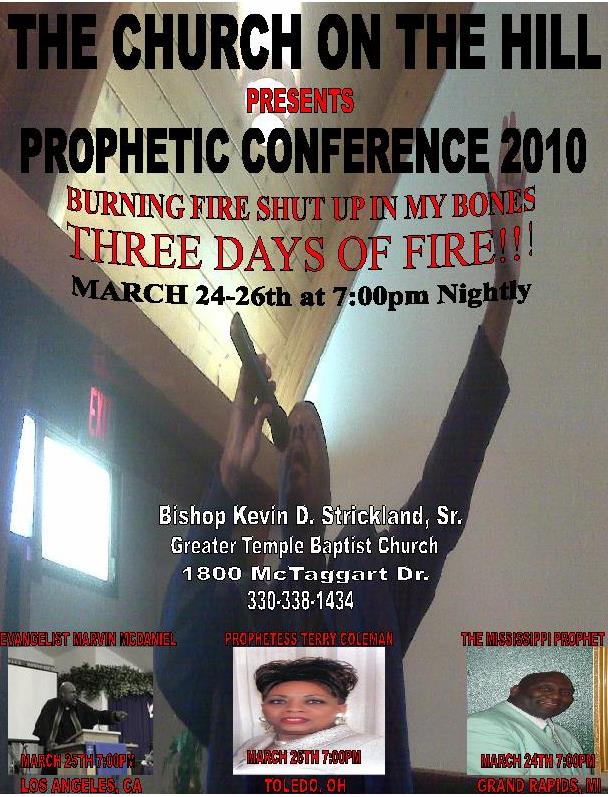 Ivory said…
HELLO!! HOPE YOUR HAVING A BLESSED PALM SUNDAY!! :)

Minister Katrina Winters said…
I don't have a choir. I would be attending merely for support.

Minister Katrina Winters said…
Exciting venture! Please make sure to send me an invite to your Grand Opening. I want to make sure to place it on my calendar. God Bless you and your evangelistic endeavors.

Apostle Prophet Per Einar and p said…
Thank you for welcome me to this site of Black Preaching Network
God bless you, will you be my friende?.To you who is my friend thank you
I need yous prayer and love in the Lord Jesus Christ.I pray for you. Love from Prophet,Apostle Per Einar Jensen( My wife prophet Aina in the picture.Plase pray for ours Miracle and Healing Crusade this year in Bapatla India
We would like to Wish you a Happy and Prosperous new year. you live to see the goodness of the lord next year 2009 and all the promises of our father become realistic in your lives, the ministry and family.in the Jesus Christ name.love from us in Norway prophet apostle Per and Aina Jensen.
http://www.mirakeljensen.com. Please Write in ours guestbook

Raliegh Jones Jr. said…
God bless you and thanks for being such an active supporter of the BPN ministry.

DR SHORT said…
Hello Pastors,We would like to invite you invite you to be apart of a powerful teaching ministry,With over 150 courses ,we are a powerful apologetic school.
We can help you get your own school that will add more ministry and income that all churches need,if interested visited www.drshortschoolsoftheology.com or call 302-264-9014 cell 302-465-8077 right now is a good time to call