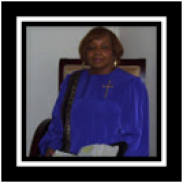 About Me: (Ministry Info, Hobbies, Fav. Music etc.)
I am Senior Pastor/Author/Director of Save the Seed/President of KAT Printing and Binding Services

G.U.W. MINISTRY said…
This is my test of a project called "Spy Games" created by "expressodesign" (from Rome, Italy) for "Videohive.net".  I wanted to use this Adobe After Effects CS4 template for one of the first openers of a movie that I am creating called "God's Ultimate Weapon." Let me - again - clarify that this and other videos like it that I have posted on your pages are nothing more than me showcasing how programs; like Adobe After Effects CS4 and Sony Vegas can be used to enhance your ministry videos and create a strong internet presence in order to further the Gospel of our Lord and Savior Jesus Christ.  For more information, please contact me via your comments section or on my Facebook page.  May the Lord continue to bless you and to keep you all!

Kingdom greetings my beloved sister Apostle Prophetess Ruby M in Jesus name Amen. How are you doing today, hope all is well, praise God 4 what He is doing to us all Amen. I was praying and the Lord told me that He has uplifted you to the next level of anointing, and that you will go many places for His work and preach the gospel of God and heals a lot of people, Halilujah the Lord is great.

Bravo my beloved sister for your new assignment to God, it's well with you.

I pray that God in His infinite mercy will not only bless you my sister but will empower you and inrich you and give more anointing to do his work in Jesus name amen. please keep in touch, God bless you.

Apostle Abrahams Oladipupo said…
Hello Apostle Ruby, how are you, the families and the ministry, it quite some times now so what is happen in the vine yard of the Lord, your testimonies is my desire and inspiration. God blesssssssssssssssss

Prophet Theophilus Anamuah said…
BLESS YOU WOMAN OF GOD. I WOULD LIKE TO BE A FRIEND TO HELP ADVANCE THE KINGDOM OF GOD. WILL YOU BE MY FRIEND?

BISHOP BONNIE ETTA said…
THANK YOU FOR YOUR FRIENDSHIP. IT'S ALL ABOUT THE KINGDOM AND GLORY TO GOD. I LIVE IN MARYLAND. www.worldvisionint.org

Apostle Abrahams Oladipupo said…
Hello, Thanks for your hands of friendship, i pray the Lord will perfect all that concerns you and surprise you beyond imagination in Jesus name. br free to call 2348053364829

This is the first test of the voice-over speech library by Sonokinectic - a company in the Netherlands that produces Voice over cues for promos, trailers, event introductions, dvd and cd presentations, sports events, launches, epic entries,teasers, world premiers, song enhancement and many, many more impressive narrative moments.

The announcer's voice on this trailer belongs to Aaron E. Tucker who has been doing voice overs for over fifteen years. He's been featured on dozens of radio stations from New York to L.A., including syndicated shows like Ryan Seacrest and Rick Dee's. He's been a character voice for countless characters for animatedmovies, spokesperson for ad campaigns in several different industry's, and dozens of audio books.