BISHOP EJ ROBINSON has not received any gifts yet

Church Name:
Ark Of The Covenant Followship Center Where The Word Of Yahweh is Kept In Decatur ,GA

What is right,easter,pasover? What did Yahweh say do,his days or man made,what is right? let us know.

In who's name were you saved?

Before king james version 1611,what name were men saved in? the mother and father of the son of Yahweh was hebrew miryam and yosef who was told to call his name Yahshua,so in who's name were you saved? webster new world dictionary say that the ( J ) was established in the 17th century. the book of acts 4:12 neither is there salvation in any other;for there is no other name under heaven given among men,wereby we mush be saved. Talk.

Who are the son of Yahweh?

The son's of Yahweh are the people who are call by his name-2chr 7:14 ,the true son's of Yah are kept through his own name (yochanan-john)17:11,who are the son's of Yah,the one who keep his commands. 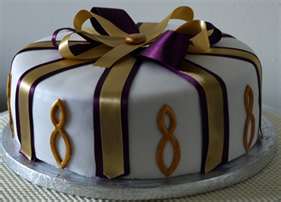 
...MAY YOU EXPERIENCE THE FAVOR OF GOD IN YOUR GOING OUT AND YOUR COMING IN. HAVE A BLESSED DAY

Prophet Christopher Burton said…
Grace and Peace, This is Prophet Christopher Burton from Atlanta ga just send you Kingdom Greeting. I believe that God has allowed us to cross path for such a time as this to Advance His Kingdom in the earth. I look forward to sharing with you and connecting when the season permits. Until we speak, Grace to You & Stay tune, This Chapter of blessing has just begin!!!

Apostle George Morara Onsarigo said…
Calvary Greetings Bishop ,
Awesome greetings from Africa Kenya ,the Church too greets you and all the saints
Thanks so much and God bless you so ,we are happy to connect to such a great friend and servant of God like you . .
We are ready to partner with you in spreading the Word of God In Kenya ..
We are surely set to host you and hold great revival and evangelistic meetings not forgetting Leaders training together here in Kenya.
If you have a call of supporting and helping Orphans And Widows we have hundreds under our ministry also .
If you cannot come or your schedule does not allow you can support the this Works by the mercies of our Lord Jesus Christ.
God bless you and looking Forward for your response.
Apostle George Morara Onsarigo
apostlegeorgekenya@hotmail.com

Nevi Syvonia McCoy said…
Shalom! Thank you for your word of encouragement

Pastor Sean M. Lee said…
How are you man of God?