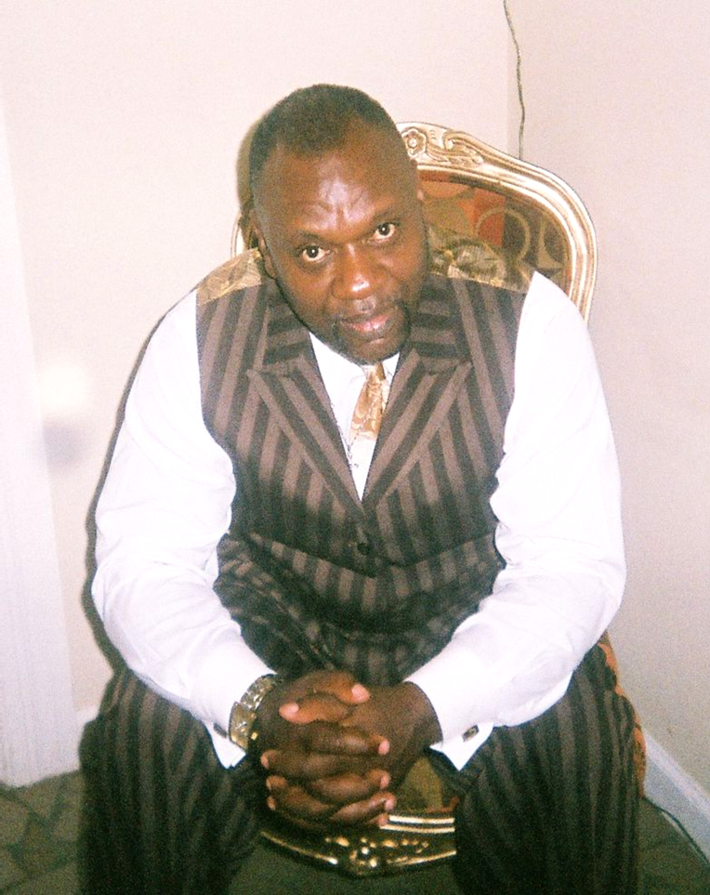 Lawrence Frederick Johnson was born August 21, 1954 in Baltimore, MD. He is the descendant of Harriet Tubman, who was his Great, Great-Grandmother (on his Mother’s side). He attended Edmondson High School in Baltimore, MD and from 1972 to 1976 he served in U.S. Navy as a Seaman 4th Class. During his service, he toured such places as: Quantico, VA; Washington, D.C.; Italy, France, Spain, Greece, the Mediterranean; the Equator, South Africa, Viet Nam and Antarctica. Lawrence received training and was ordained in the Ministry, under Pastor William Gray at the Saint Stephens AME Church, in Baltimore, MD and served the: 12 step, Homeless, Prison and Street Ministries. He has served under Great men of God such as: Bishop Jamal Bryant, Eleanor Bryant where he received his discipleship certificate. He went to seminary under Dr.Shine and Dr. Dee Dee Freeman of the Save the Seed Ministry. He was Co-Director of the Harvest House Ministry for the homeless and needy, better known as the “Up & Coming” at Full Harvest International under Bishop Clarence E. McClendon. He is the COO of the Abraham Seed Sounds of Joy Ministries a non-profit organization. He was motivational speaker for the Youth Diversion Program where he talked to gang members at the Culver City Police Department in Culver City, California. He was also a motivational speaker for the New Mexico Probation and Mental Health offices in Silver City, New Mexico for X offenders. He was also the Assistant Pastor at Brewer Hill Baptist Church of Pastor Earsee Ross in Silver City, New Mexico he also had a 12 step program within the church. In 2004 he moved to Los Angeles, CA and attended Long Beach City College for 2 years studying in the field of welding and construction. He also received ordination as an Elder under Apostle Joe Coffey, Faithful Trinity International in Inglewood, CA. Lawrence Johnson met Posha Eliza Green on Christmas day; on July 27, 2006 they married in holy matrimony. He was the International Overseer of Evangelism and Motivational Speaker for the Spirit In Truth Ministries located in Tupelo, MS. Consecrated Bishop and received a Doctorate of Philosophy in Evangelism at Kingdom Builders Bible College & Seminary. He is not residing back in his hometown, Baltimore Maryland where he will pastor a church of God’s choosing alongside his wife Overseer Posha E. Johnson. Currently, he is assisting as a Bishop at 2 churches in Baltimore, Maryland acting in the position of a King Builder and mentor to assist them in building membership to their churches. He also teaches an extensive Discipleship class that gives results to the ministry of Christ. Bishop Lawrence Johnson is a soloist and song writer who contributes his gifts to various church functions and weddings etc.


Posha Johnson was born and raised in Los Angeles, California when she was 5 days old her mother’s brother took her from the hospital and raised her. He was a God fearing man who raised her very strictly in the word of God in the Baptist church. Her father/uncle was a preacher and he sung in the choir. When Posha turned 16 years old (1976) she joined the Church of God In Christ where she attended New Covenant Pentecostal Church pastured under the late Pastor James Starks of Compton, CA. She felt God was calling her to more than what she was receiving in the church she was attending. After she joined New Covenant she was the Sunday school teacher for the youth and a member of the choir. She received a certificate for being the most faithful youth to give tithes. She also received the Holy Spirit at age 16 and that is when her gifts started to manifest. Posha sang with the Agape Singers and the Young Saints singing groups.

She later joined St. Paul COGIC under the Late Elder David Freeman of Los Angeles, CA. Here she was the choir Director for the children’s choir which consisted of 100 children and the president of YPWW.

From 1989-2007 she was under the ministry in Full Harvest International of Bishop Clarence E. McClendon located in Gardena, CA; when she first joined the church she was the Kingdom Life School teacher for the high school class from 1989-1992, she later joined the choir and was there until 1997. Posha felt God calling her to further ministry so she joined the Altar Worker ministry where she became a lead Altar Worker and was assigned as the discerning worker. As she was an Altar Worker she enrolled in Evangelism Alliance and graduated as an ordained Minister in 2003, she later became a lead Minister overseeing 7 other ministers. The church consisted of 27 ministers at that time. Posha performed street ministry and went to various hospitals to pray for the sick and shut-in. She was the Co-Director with her husband overseeing the Harvest House Ministries there she ministered food, shelter, clothing and household supplies with Gods word of encouragement.

In 2007 -2009 she followed her husband’s call to go to Silver City, New Mexico to minister the word of God at the Brewer Hill Baptist Church, pastured under Pastor Earsee Ross of Silver City, NM who is the President of the Full Gospel Baptist Fellowship for New Mexico/West Texas. There she was a pulpit minister and was assigned to preach every 3rd Sunday and as needed when the pastor was away. She also preached in the Full Gospel Baptist Fellowship.

Posha is the mother of 2 boys her husband has 5 children. She and Bishop Lawrence F. Johnson met on Christmas day and married in July, 7 months after they met. Her commitment with her husband is “we are like cement and nothing will separate us”. Words spoken by Bishop Johnson.

Apostle C.D. Dixon said…
Thank you Bishop for excepting my friend request and I pray that the power of God rest on you and your ministry in Jesus name!!!

Darwin Ali, Health and Wellness said…
Greetings Oh Man of GOD, do you know anybody who drinks coffee or tea, wants to burn some fat, make money and help children around the World? www.dali.igetpaidtodrinkcoffee.com