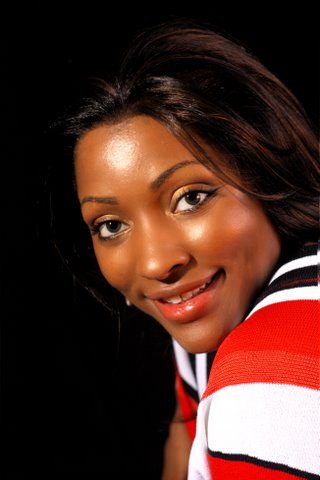 First Lady Rona Mobley-Wells has not received any gifts yet


Prophetess Rona Mobley-Wells is a born-again believer who has been walking with Christ for more than twenty years. She has served diligently in the ministry as an ordained minister for over fourteen years (ordained by Apostle R. D. Henton, Monument of Faith Evangelistic Church, Chicago, IL 1992-2002). She relocated to Dallas, TX and was ordained as an Elder at The Potter’s House under the leadership of Bishop T. D. Jakes from 2002-2005. Prophetess Rona Mobley-Wells is the Founder and Director of “I Believe In Miracles International Ministries”. She is the President of the “Daughters of Sarah” (an outreach organization), and Chairman of “Covenant Partner’s Modus Operandi”. With this, her ministry has exemplified a strong and solid foundation.

Prophetess Rona Mobley-Wells is an excellent God-choice for the nation! She has been featured on numerous television and radio programs including WYCA, which is rated among the top 10 gospel networks in the country, and Daystar Television, which attracts more than 100 million viewers in the U.S. alone and broadcasts to 74 countries. As a nationally and internationally acclaimed lecturer, Prophetess Rona Mobley-Wells speaks under the divine ordinance of God with life-changing truth, knowledge, and instructions. In her most recent series, “12 Gates to the Kingdom”, Prophetess Rona Mobley-Wells delivers a ground-breaking message to those seeking to become established, equipped, and empowered through sanctification and righteous living. Prophetess Rona Mobley-Wells is a highly respected and consecrated leader who allows the Holy Spirit to take preeminence as she’s followed after by both, men and women, for guidance, training and direction. Her character promotes a “Spirit of Excellence”, which can be attested by the honor and admiration she’s received by many credible leaders. Prophetess Rona Mobley-Wells bears the burdens of God’s eternal plan. As His humble servant, Prophetess Rona Mobley-Wells’ faithfulness, willingness and commitment is evident through her compassion and love for God’s people. The Lord is furthering her ministry; she has submitted full-time to preaching the Gospel, going beyond the surface of ministry by reaching out to every facet of a person’s life, including their mental, physical, social and spiritual aspects. The new book release is available now, entitled “God has a Plan for you, But, GOD will not Plan for you.” You can pick up your copy at Borders, Barnes and Nobles and online at Amazon.com.

Kevin Hardin said…
Thanks, just in case my email is as following.

I AM Fabulous & Improving Radio said…
Thank you First Lady Wells for the friend add on.

emmanuel sopulu chukwu said…
Hey sister, it is a joy to see a young star like you in our network.I would like to be your friend.could you tell me more about yourself please?