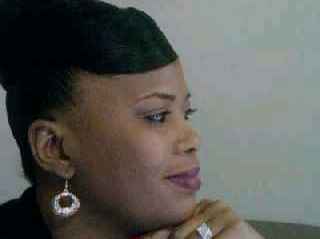 About Me: (Ministry Info, Hobbies, Fav. Music etc.)
I enjoy working in the ministry for women helping the sisters to heal in all areas and to inspire people to hold on to their dreams.To keep the Faith no matter what comes .,

My name is Sister mary,how are you and your family? i hope all is well, if so thanks be to God almighty,I pray in this month of grace,May God pour out incredible miracles grace in your life and ministry,as i came across your page now on this ABC preachers ning  So I decided to stop by an let you know that I really want to have a God fairing friendship with you Beside i have something special i want to discuses with you, but I find it difficult to express myself here, since it's a public site. I will be very happy, If you can get back to me, through my e-mail( maryjaafar@yahoo.com ) So we can get to know each other better,also tell you more about myself, my e-mail id Is,( maryjaafar@yahoo.com )
Regard,
mary

Guardian said…
Hello
Have a Blessed Day
From Guardian

G.U.W. MINISTRY said…
This is the first test of the voice-over speech library by Sonokinectic - a company in the Netherlands that produces Voice over cues for promos, trailers, event introductions, dvd and cd presentations, sports events, launches, epic entries,teasers, world premiers, song enhancement and many, many more impressive narrative moments.

The announcer's voice on this trailer belongs to Aaron E. Tucker who has been doing voice overs for over fifteen years. He's been featured on dozens of radio stations from New York to L.A., including syndicated shows like Ryan Seacrest and Rick Dee's. He's been a character voice for countless characters for animatedmovies, spokesperson for ad campaigns in several different industry's, and dozens of audio books

Join us fellowship with believers from your area at www.christianfellowshipworldwide.com where we exist to Worship, Evangelize, and Disciple we are fellowshipping for Christ and His Kingdom be blessed Brother Joshua

APOSTLE USEN IBA said…
GRACE TO  YOU WOMAN OF GOD.WELCOME TO BPN.