PROPHET MARLON GRIFFIN has not received any gifts yet

Grace and Peace My Brothers and Sisters I just come to speak into your Spirit these three words IN ONE DAY that’s right I don’t know what you’ve been facing but God told me to tell you that your life is not what it looks like what I’m saying is that you where about to give up on life you are sick and tired of been sick and tired and you felt as if I the Lord has forgotten you but I’m here to tell you that IN ONE DAY that marriage will be turned around, that child is living for the Lord, that boss that’s been riding your back now works for you, those people that mean you no good IN ONE DAY they shall be put out of your life, I don’t know what it maybe that’s not like God in your life but I’m telling you that you are about to see a new day unlike any other you’ve ever seen.
My child hear the words of My Prophet today like you have never heard them before because on this day I want you to tell the devil no more you see it has to be IN ONE DAY and I had to pick a day like this to use because everything will be close tomorrow now get this in your spirit because IN ONE DAY means that when you have reach your lowest point and you have no where else to turn then IN ONE DAY you don’t believe me let me tell you what my word says Joshua 11:6 But the Lord said Do not be afraid because of them for tomorrow by this time I will give them up all slain to Israel (put your name there) you shall hamstring their horses and burn their chariots with fire. 2Kings8:15 And it came to pass on the morrow that he took a thick cloth, and dipped it in water and spread it on his face so that he died and Hazael reigned in his stead. All I’m saying is IN ONE DAY what looked bad for you I’m able to turn it around so get ready because you are about to see My hand move upon your life in a great and mighty way if thou can only believe.

WHO IS PROPHET MARLON GRIFFIN?

The Prophet Marlon DeWayne Griffin was born December 11, 1959 to Deacon Charlie B and Deaconess Fannie J. Griffin in Macon, Georgia. The family moved to Jacksonville, Florida where he was educated in the Duval County School System. There Prophet Griffin graduated in the top 100 of the class of 1977 of Jean Ribault Senior High School. From there he attended Newberry College in Newberry South Carolina. After attending Newberry College, he transferred to Florida Community College in Jacksonville for further studies. In 1982 Prophet Griffin entered the United States Air Force where he served four year, and was Honorably discharged in 1986.

Prophet Griffin accepted Christ at the age of 8 at the Friendship Missionary Baptist Church in Jacksonville Florida under the leadership of Pastor Smith. After many different life experiences, he found himself on the road to Damascus and confronted by our Lord and Savior Jesus Christ, to acknowledge the calling that was on his life. In December 1992 in the privacy of his home Prophet Griffin rededicated his life to Christ. The public profession and rededication took place on January 30th 1993 at First Timothy Baptist Church under the leadership of Pastor Fred Newbill.

Prophet Griffin heard a voice and saw a vision of what he was to do, MARLON GRIFFIN MINISTRY INC. was founded. The Lord gave him the vision for this ministry which we now know by this theme, THE MINISTRY IS BUILT ON GRACE FOUNDED ON MERCY WALK BY FAITH AND LIVE BY PRAYER. Since that night Prophet Griffin`s life would never be the same.

Under the direction of God, Prophet Griffin moved to the Everlasting Love Church under the leadership of Pastor Reginald Way, where he was licensed and ordained as the Prophet of God on August 15, 1996. From there, he moved to Shiloh Missionary Baptist Church and served as one of the Youth Pastors until March of 1997. After hearing the voice of God Prophet Griffin left Shiloh to take the call of Youth Pastor of the Friendship Baptist Church of Yulee Florida under the leadership of Pastor William Holmes. While walking in the call of God, Prophet Griffin met a man of God that would forever change his life. Pastor Bernard Thompson would lead and guide him and the two would travel many roads together. During this time Prophet Griffin would get yet another calling, it was that of Youth Pastor of the Revelation House of Prayer of Jacksonville Florida under the leadership of Elder Grady Dicks. There he served from January of 1998 to July of 1999 when God placed him on a road that would change the way the love of God would impact his life. Prophet Griffin was called to be Pastor of the All Denomination Church of Jesus Christ in Jacksonville Florida. God would use him to rebuild the walls and cause the dry bones to live again. Prophet Griffin would remain there until March of 2001 when the voice of God spoke and said now is the time to build and focus on what is now known as MARLON GRIFFIN MINISTRY INC. While hearing the voice of God there was still something missing in Prophet Griffin`s life. In 2000 he would preach his grandfather`s home going. God was still working on him, and in 2002 he would preach his father`s home going, then in 2004 he would preach his other grandfather`s home going. All of this placed a hunger in his heart for a true Spiritual Father. After all of the losses God made Prophet Griffin a Spiritual Father in order to receive Bishop Rufus Harris Pastor of the Temple Of Jesus And The Holy Ghost as his Spiritual Father.

Throughout Prophet Griffin`s ministry career, he has continued with his theological education by studying at Almeda University of Boise Idaho. The most significant area of development has been the spiritual growth and strengthening of his ministry by the power of God`s Holy Spirit. He believes in the mandale that God has given him to continue to promote MARLON GRIFFIN MINISTRY INC. and it is his prayer that God will continue to use him and the gift of his prophetic office to lead souls to salvation through Jesus Christ, heal the sick, deliver and set the captives free by the power of God`s Holy Spirit.

Prophet Griffin will be in Collingswood N.J at New Jerusalem Temple Of The Living God this Friday

February 12th at 7:30 PM so we are calling on all those that are in the area come out and support this Man of God

Prophet Griffin Is Getting Married

Do keep Prophet Griffin and Sister Monday as they are getting ready to wed on Sept 12, 2009
For God has spoken and we hear the word and will began our destiny together, It`s a time where every believer can see the glory of God move in a time that the world tries to tell us different.

THE STRUGGLE IS OVER

What the Lord Is Saying Today
May 4, 2009. No longer will you be confused your mind and will are fixed on Me and My words to you. You have sought after My wisdom and my will for your life and I have granted it to you for such a time as this. So as you are keeping your mind and will set on Me is a challenge with all the distractions around you but you have stayed focus through it all and for that blessings will over take you as my word has said. However, the choices are yours as to what you… Continue

THE PROPHET`S CORNER
STAND FIRM
Grace and Peace My Brothers and Sisters here we are once again faced with many different challenges an today it just seems as if life isn’t getting any better but if you make up your mind today that no matter what I have got to take control of the choices I have made an start Standing Firm on my life decisions of how I deal with things. Now for some it’s the lost of a love one for some it’s a marriage gone bad for some it’s the day to day life of… Continue

ITS TIME TO KEEP IT REAL

Now I would like to take this time to say thanks to those who have understood my focus and reason for being on here and even to those who think I`m wrong for being on here know that it is the call of God on my life that you wont be hurt again by ungodly men playing games And as I said make a committement to help empower my sisters to let go of the past and walk into their destiny and help point my brothers to Christ that we may be a blessing.
I would like to say this I have heard women on… Continue

BISHOP JL ARY said…
TOGETHER WE CAN MAKE A DIFFERENCE!
Please Watch Video!

Or give me your number and I will call and explain everything to you.

"Write the vision, and make it plain upon tables, that he may run that readeth it. For the vision is yet for an appointed time, but at the end it shall speak, and not lie: though it tarry, wait for it; because it will surely come, it will not tarry."
Habakkuk 2:2-3

Prophet Mark Eden Charles II said…
I am traveling in the Body of Christ preaching the Word of God with special emphasis on Prophetic Evangelism, Healing, Deliverance and Restoration. God demonstrates His power and the gifts of the Spirit manifest in the meetings. To arrange to have Prophet M. Eden Charles preach in your area, please contact Shofarswnind International Ministries www.shofarswind.com 812-391-0233 or lettheprophetspeak@shofarswind.com. 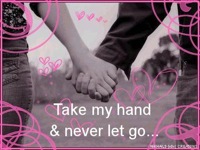 Thank you for today Prophet, all yall. (smile) soon as the Pastor and I recover, we gona get ya.

Charles Johnson said…
Hello, I'm Chuck Johnson the CEO of Faith Video On-Demand multimedia company that broadcast church services worldwide using the digital technology of streaming media. Please visit our website at www.faithvideoondemand.com We would also like to talking to you about broadcasting your easter service live using streaming media. Please give us a call at 1.866.847.6793 9am - 6pm Monday - Friday