Pastor Ronald L. Jones has not received any gifts yet

Church Name:
The Church Of One Love

About Me: (Ministry Info, Hobbies, Fav. Music etc.)
I Love the Lord, Many are called, but few are choosen, Jesus is the best thing that ever happen to me.I have dedicted my life to serving our God anyway that I can. I love the people of God and my desire is to see people saved, I believe we must pray and fast and develope a intimite realationship with with our Lord and Savior Christ Jesus. Rev Isaac Puplampu said…
This is the prayer from the man of God.Revernd Pastor Isaac Puplampu.This prayer is bringing a total transformation into your life.Now Receive the blessings from the man of God.In the name of Jesus.May you excel in life.I Command your life to grow in the name of Jesus.I Command your business to grow from grace to grace in the name of Jesus Christ of Nazareth.May your financial speed in crease in the name of Jesus.I Command the hand of God and the holy spirit to bless your outgoing and in coming.No dankness can shadow you and no destruction can stand before you and yor family.May the great God sappy all your needs according to his Riches in Christ Jesus.(Philippians 4:19)says And my God will meet all your needs according to his glorious riches in Christ Jesus.
I Command heaven's to open in the name of Jesus and pour out any Blessings that you need in your life on you.Now Heave's has release every blessing into your life.Your are growing from grace to grace and you will not grow from grace to grass.As it's written in the scripture (Psalm 91:1) says He who dwells in the shelter of the Most High will rest in the shadow of the Almighty.
None of your children and great grand children will be in need.(Psalm 34:10)says The lions may grow weak and hungry,but those who seek the LORD lack no good thing.
This is my prayers for you.I bring the peace of God into your life and may this peace of God be wit you and your family..you shall never want in life in of Jesus.(Shalom)
This is your Good friend in the Lord our God Revernd Pastor Isaac Puplampu from West Africa Ghana.I love you as Jesus Christ love the church.so also I love you.You can share with me all your problems at any time and i will support you with prayers Everyday.
The Lord be with you Amen.

DR SHORT said…
I m the dean of the National Schools of Theology we're look'n for Pastors that may want a school of theology WE WILL COVER YOU WITH OUR ACCREDITATION.
www.drshortschoolsoftheology.com 302-264-9014 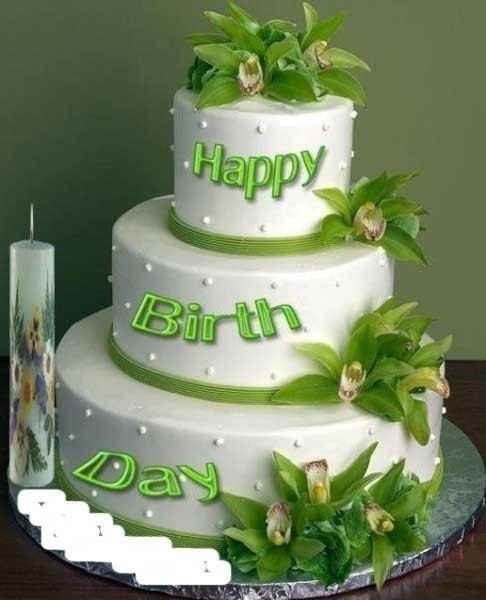 MAY GOD BLESS YOU

Kingdom Authority Int.Ministries said…
Thank you for the friends request...

Abraham Israel said…
Name of the Creator As The Father is יהוה "YHWH"
and His Son’s Name is יהוה "YHWH" Note: The Father & Son Name Are The Same! (John 5:43) They Are ONE!
"Pronounced Yahweh"
Encyclopedia Britannica
Yahweh - the God of the Israelites, his name being revealed to Moses as four Hebrew consonants (YHWH) called the tetragrammaton. After the Exile (6th century BC), and especially from the 3rd century BC on, Jews ceased to use the name Yahweh for two reasons. As Judaism became a universal religion through its proselytizing in the Greco-Roman world, the more common noun Elohim, meaning “god,” tended to replace Yahweh to demonstrate the universal sovereignty of Israel's God Yahweh over all others. At the same time, the divine name Yahweh was increasingly regarded as too sacred to be uttered; it was thus replaced vocally in the synagogue ritual by the (Jews) Hebrew word Adonai (“My Lord”), which was translated as Kyrios (“Lord”) in the Septuagint, the Greek version of the Old Testament.