Mistah Wilson added a discussion to the group Testimonials

QuesThorough is a Christian rapper and worship leader from Bridgeport, Connecticut, who utilizes his musical talents and gifts to lift up the name of Jesus! His soul purpose is to continue to make Jesus Christ famous by spreading the gospel message through music! He has been featured on records with and for the likes of Chris Kardiac, Derrick Marquise, DJ Reddy, Friistyle…See More
Monday
0 Comments 1 Like

Share your testimony ini an exclusive interview with ThaWilsonBlock Magazine. By doing this, we can influence each other in tha best possible way.See More
Monday
0 Comments 0 Likes

Mistah Wilson has not received any gifts yet

Why Police Think They Are More Important Than Citizens

How Californians React to Oregonians Pumping Their Gas 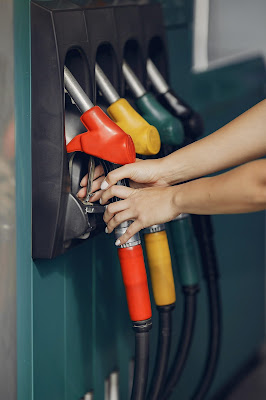 If I can remember correctly, it was my first time driving across state lines in my own car on my own time. I was surely trying to be more careful than fast even though I was mildly unaware that I chose to travel during one of tha most treacherous seasons...Winter. Before leaving Seattle after a hectic Summer of heartbreak and emotional stress, I stopped in tha South End to get my hair braided. Grabbed an ounce of tree from tha dispensary then hit i5 South to Los Angeles. I didn't even get an oil change or tuneup. The Mercury Grand Marquis is a great vehicle!

So, I'm driving and driving making my way toward the Washington/Oregon border. I really wanted to stop off in Portland and revisit some old home grounds but I thought it would be best if I kept it pushing. I mean, I had to make sure that if nothing else, I would get myself home...even if tha car breaks down. I ended up pulling over at a gas station in Salem, Oregon to get some shuteye for tha night because I knew tha rest of tha drive would be a long stretch thru California. I wanted to be wide awake for that drive. Because after being in Washington for tha first time, I experienced (and survived) my first car crash in Samammish, WA. I won't go into details, but let's just say, Thank You, God I am still alive. 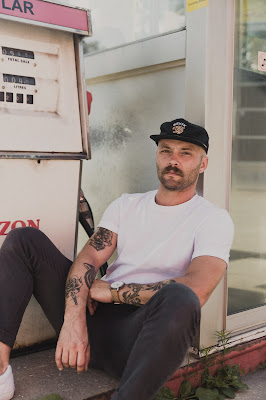 Nevertheless, before I pull into a random parking spot, I thought I'd go ahead and gas up first so when I wake up, I can just jump on tha freeway and push. I pull into a station. As I'm cruising making my way to a gas pump, there's a guy in a yellow/orange vest ever so casually walking in tha same direction I'm headed. Subconsciously, I'm thinking, at some point this guy has got to switch his direction, right? Well, sure enough, as I pull up to tha pump and park, tha vest guy is already at my window trying to tell me to pop my gas cover. Something I'm definitely not used to being from California or even Washington for that matter. "As a State Law, we have to pump your gas for you," says tha vest guy. I'm still trying to process why someone would just walk up on my car like that. Where I come from, it's way too hazardous to be moving like that in tha streets.

It didn't take much restraint, but honestly, I just wanted to let my rebellious side out. Like, what do you mean you have to pump my gas? What if I don't want you touching my property? What if I don't trust you. In my head, I skipped past all of those thoughts and replied," Ok, well, can I pay for it first?" He tells me yea, sure go ahead. As I walk into tha gas station to put money on tha pump, I'm having a lot of smart-ass thoughts go thru my head. I start envisioning different ways it would turn out based off tha response I give him when I get back to my car. In a way, I kind of felt disrespected. You know, not having a choice of whether I wanted to pump my own gas.

Police Kidnap Citizens In Portland, Oregon 👮‍♂️👮‍♀️
By time I get back to my car, I wanted to tell him that if he wanted a job, he can just go to California or Washington if it is truly that serious. But, instead, I chose to just give him a tip $$ for his service as he replied," Yeah, tha Fire Marshall doesn't take too kindly to people who don't let us pump their gas." As much as I wanted to repel that statement, I kept in mind that I'm virtually in tha middle of nowhere and I'm too far from my destination to be risking my livelihood and safety out here on tha road. So, I tipped my hat to him and drove off. I began to get very suspicious, thinking that might have just been a random dude hustling money without tha clerk knowing it. But nope, tha next station I hit in Eugene had tha same program.

When I hit that next gas station, tha dude walked right up to my car and was just like dude, pop tha cover. At this point, I'm starting to get frustrated with this whole pumping my gas thing so I go in, buy my gas and something to drink, and allow him to pump my frickin' gas. After that, I refused to stop in any other city in Oregon. I just wanted to get out of there. So, I raced to tha California border. But, Grants Pass kicked my ass. By time I got to Weed, CA, tha snow chains had to come out. But, we'll save that story for next time. 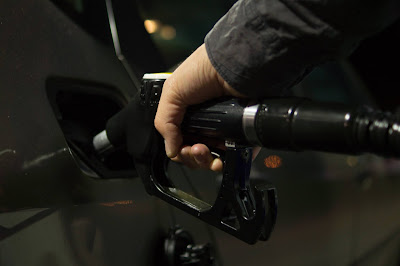 How A Tulsa, Oklahoman Impacted A Nation Thru Music

"let Charlie Wilson be a testament to tha great talent that lives and comes from Tulsa, Oklahoma." -Mistah Wilson 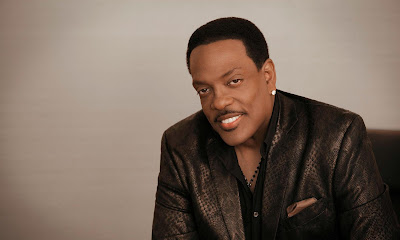 I was 15 years old. Getting dressed for school. BET Start and 106 & Park aired "Signs" by Snoop Dogg featuring Charlie Wilson and Justin Timberlake. Me being so young at tha time, it wasn't my favorite song by Snoop. Furthermore, I'm afraid to say, I didn't even know who Charlie Wilson was. Justin Timberlake sure, but Wilson, he was someone that, as far as I could see, appeared to have been an experienced musician. Also being a fan of Snoop Dogg, I knew there had to be something special about who Charlie Wilson was if Snoop not only had him on a song but a single with a music video as well. Even still, it wasn't brought to my attention that Charlie Wilson was a member of tha Gap Band. I went years not knowing that even after hearing his feature on Snoop Dogg's album "Rhythm & Gangsta: The Masterpiece" back in 2004. But, eventually, I found out. And believe me, it wasn't tha first and won't be tha last time I discover a talent I should have already known about. I was born in 1990, cut me some slack, aight.
Visit Charlie Wilson's Website
Charlie Wilson, born in The Sooner State, is much more than just a musical genius. Boasting a successful career both as a solo artist and in a band, Charlie Wilson's impact stretches far beyond the Arkansas River. I checked out his biography and felt it would be worth mentioning how his stature as a musician has led him to affect culture in cities throughout the United States of America. ThaWilsonBlock is a platform committed to local arts so I thought this would be a good example of how musicians can use their ambition to accomplish more than they ever imagined. In this article, I'm going to take tha liberty of mentioning a few achievements I think are kind of cool so that it may show tha results of a musician's prowess. 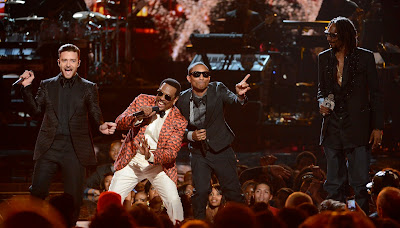 Tha 13-time Grammy-nominated artist has keys to like, 3 different cities plus his own holiday in 3 cities and a county in Pennsylvania. He's received official proclamations from major towns like New York, Buffalo, and Cincinnati and also certificates from tha likes of the U.S Military, The Prostate Cancer Foundation, Indiana Black Expo, American Society of Young Musicians, and many others. I think it should be noted, at least for tha record, that tha Key of Tulsa, Oklahoma was Charlie Wilson AND the Gap Band, not just him as a solo musician.
Check Out Charlie Wilson's Discography
Charlie Wilson, as a solo artist, has still accomplished much! In 2002, he received an Honorary Master of Fine Arts Degree from tha Oklahoma State Regents for Higher Education Acting Through Langston University. The County of Los Angeles has even commended him for being an honoree of The 20th Annual Pre-Grammy Party, whatever that's worth. In April 2009, The Prostate Cancer Foundation created The Charlie Wilson Creativity Award that has since already been granted to at least 3 scholars. Later that year in November, Charlie received tha Making A Difference Health Award from 100 Black Men Greater: Buffalo Chapter. 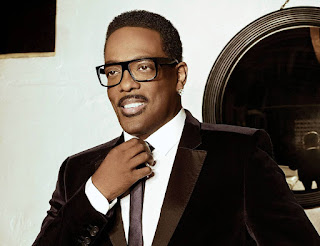 I just want to note that most of these accomplishments stem from tha greatness he's put into his music. It was tha impact CW made in music that stimulated his noteworthiness amongst cities, states, and organizations around tha country. Thankfully, Wilson is still here with us. But, we shouldn't wait til our greats are gone to learn and appreciate what they've given to tha game. Also, to kinda tie everything together with tha motive of this article, let Charlie Wilson be a testament to tha great talent that lives and comes from Tulsa, Oklahoma.
Thanks for reading...

If Altadena & SouthPas Merged With Pasadena 👀

#Feed50KThe Famine No One Is Talking About    On July 9, 2011, South Sudan officially gained its independence from…Continue

#Feed50KThe Famine No One Is Talking About    On July 9, 2011, South Sudan officially gained its independence from…Continue

Manyang Reath Kher needs your blessing for the sake of the Sudanese people.

About Me: (Ministry Info, Hobbies, Fav. Music etc.)
I work for Dale Kietzman school of Theology 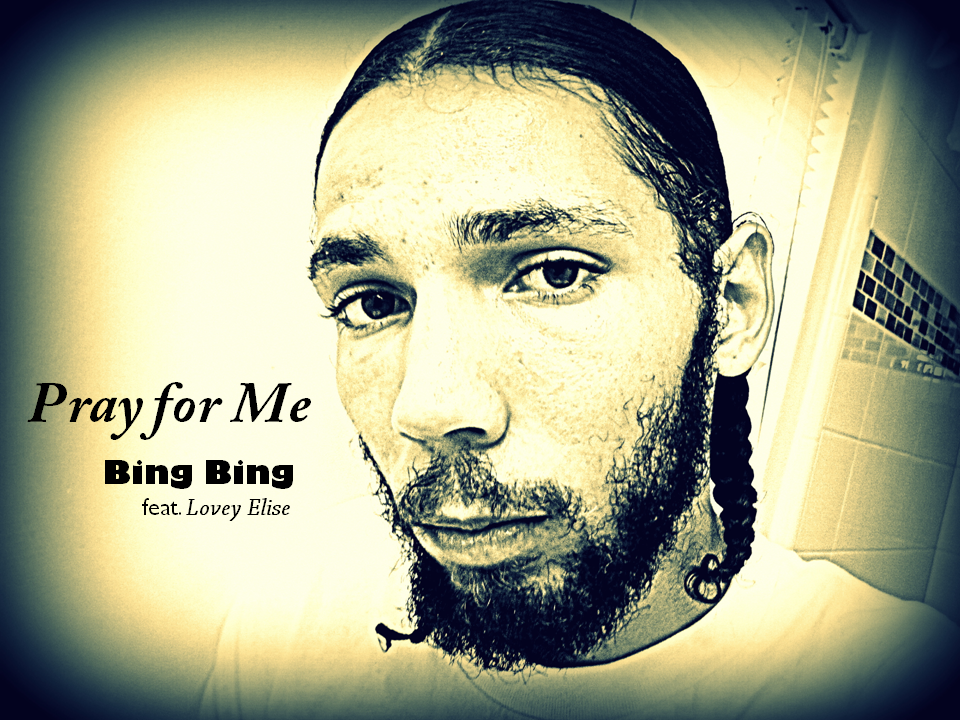 "The Truth Doesn't Change, We Have To Change to Get to The Truth" Lamont Easter, Jr. Exclusive Interview on WilsonBlock100 Radio hosted by Mistah Wilson 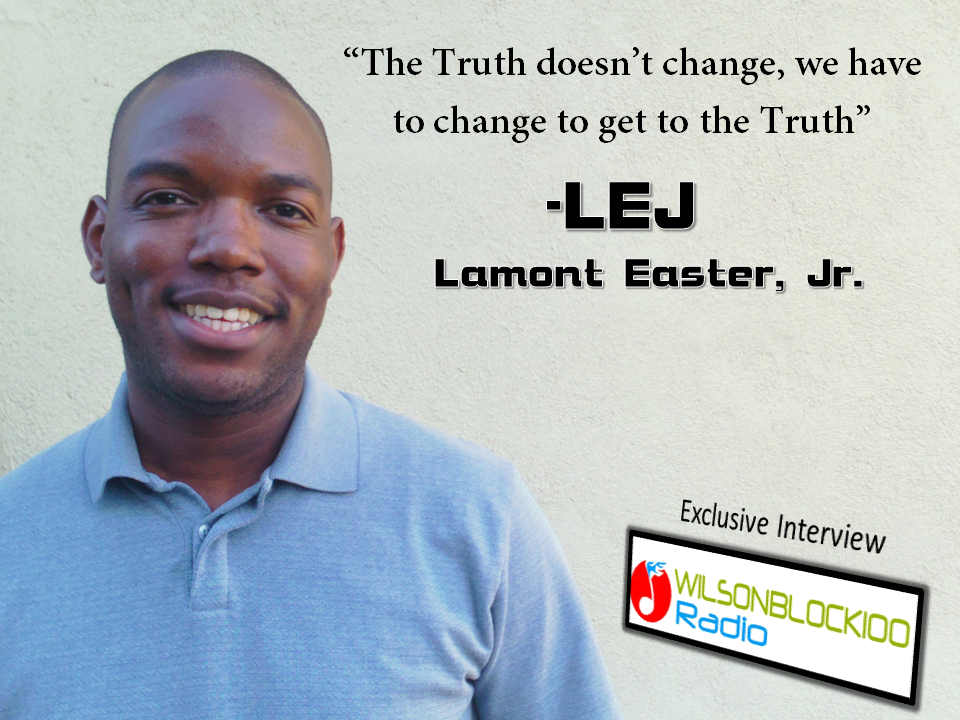 The Famine No One Is Talking About #FEED50k IN EVERYTHING I DO.  i see that your an up and coming singer?  I do wish you well, prosper and grow to the next level in the Lord.  Thanks for the request. 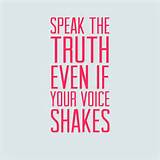 My Favorite Line in the Song...Do it for God, Cause if I do it for you I would be wasting my time \O/

Thanks for the friendship Mistah. God bless you & your music ministry!!

Thanks for your friendship!

God BlessYou! Glad to be friends.