It all starts with the beginning of the New Biblical Year. The new year is recognized biblically at the sighting of the (crescent) new moon coinciding with the barley being ‘abib’ in Israel. The new moon is always
the beginning of the biblical month. Once the new moon is sighted at the
beginning of the year it is then necessary to count 14 days till you reach
Passover. Remember, the biblical day starts at sundown rather than 12:00am as
we do in our modern Gregorian Calendar (Pope Gregory). So, This past biblical
new year started at sundown of March 17th. In fact, the true name of the
biblical first month is the “Month of Abib”. (Some people spell it phonetically
as ‘aviv’).

According to scripture, Passover is on the 14th day of the 1st month. (Exodus
12:2-6, 18; Lev 23:5). The day after Passover is the 15th day. Leviticus 23:7
and Numbers 28:17-18 tells us that on the 15th day of the month is a “Shabbat”
also known as a ‘high shabbat’ or a ‘Shabbat shabbaton’. In Hebrew the word
“Shabbat” simply means to “cease”. Stop. Halt. Do NO work. QUIT! Technically
the Passover lamb is to be killed between the evenings or in other words, at
the end of the 14th day. That would mean in the approximate mid to late
afternoon time frame.

Sadly over the centuries with the merging of world religions under the banner
of Christianity AKA Catholicism, there was a successful concerted effort to
make people believe that the Shabbat that was referred to in John 19:31 and
Mark 15:42 and Luke 23:54 was the weekly Shabbat (7th Day) rather than the 1st
day of the festival of Unleavened Bread which was an annual shabbat. However,
in John 19:31 it is clear that this particular Shabbat was a “high Shabbat”
associated with the annual festival rather than the weekly Shabbat.

Counting to Three (3)
The number 3 is extremely important here for several reasons. We have to be
able to count to 3 in order to understand the reckoning of time. Y’shua was
frustrated one day when people demanded to see a sign to which he said:

Mat 12:39 But He answering, said to them, “A wicked and adulterous generation
seeks after a sign, and no sign shall be given to it except the sign of the
prophet Yonah.

Furthermore in Matthew 27:64 there was a command by Pilate to “safeguard the
tomb until the 3rd day, lest His taught ones come by night and steal Him away.”
It is very clear that no one would have been able to approach the tomb for
three days and Y’shua said that he would be there for 3 days and 3 nights.

The simple question is how could a Good Friday (Day 6) to Easter Sunday (Day 1)
scenario be possible. Simple answer – It couldn’t. If Y’shua was killed on Day
6 as Christian tradition tells, then we have a mathematical problem that cannot
be reconciled. This is what it would look like if Y’shua were killed on Day 6
(Friday) and resurrected 3 days later according to the sign of Jonah (I’m going
to use the numerical counting of days to try to keep it simple):

Day 2 is what we call Monday. A Monday afternoon or evening resurrection is not
possible because we know that people went to the tomb on the first day of the
week to discover that Y’shua was gone. If we believe the words of Y’shua where
he said that it would be the sign of Jonah, then we have to believe that a
Friday, Day 6 death is mathematically impossible.

But traditional christianity teaches that the execution occurred on Friday and
He got up on Sunday morning. How can that be? According to the sign of Yonah,
that would be fuzzy math. So what if the Passover that year was on Day 4 (Wed) of the week what would the situation look like? First of all we know that Y’shua did not partake of the actual Passover meal because according to a Greek based
translation the word that is used in Matthew 26:26 for bread is the word
‘Artos’ G740. G740 Artos represents a raised loaf of bread. The eve before
Passover it would be totally appropriate to have a raised loaf of bread.
However, Passover is to be eaten with unleavened bread (Exodus 12:8). What he
ate was a leavened bread. The point is that the “Lord’s Supper” or “Last
Supper” is not the same meal as the official Passover meal.

Now let’s look at the scenario if the execution day of the week was the 4th day
(Wed) rather than the catholic ‘Good Friday’. 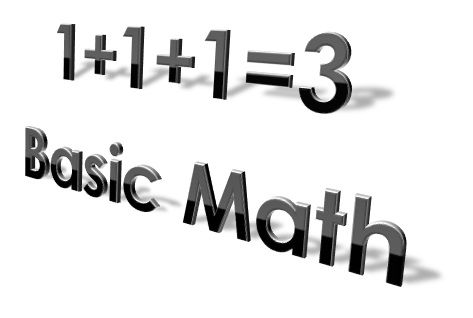 DISCOVERY ON DAY 1 by Mary Magdalene and the other Mary at the end of the Shabbat towards the beginning of Day 1. I think the KJV says it well and it lines up with the Hebrew Matthew and the Aramaic Matthew:

By this time the Soldiers guarding the tomb would be gone because they were
told to stay there 3 days. If Good Friday was the day as in the first scenario,
the soldiers would have still been there on Day 1 (Sunday).

So this year was like the year when Y’shua was killed. We had the first of the
year start on March 17th. 14 Days later would have been “Day 3 (Tue) evening to
Day 4 (Wed) Evening”. Day 4 (Wed) is Passover. The end of Day 7 (Shabbat) is
the end of the 3rd day which means that Y’shua would be getting up.

So now what do we do with this Sunday hoopla that we have going on called
“easter”. Well, I’d rather look at what the significance of what happens
biblically on the first day of the week during the feast of unleavened bread.
According to scripture we read:


Speaking of the Feast of Unleavened Bread---

And יהוה (YHWH) spoke
to Mosheh, saying,
Lev 23:10 “Speak to the children of Yisraʼĕl, and you shall say to them, ‘When
you come into the land which I give you, and shall reap its harvest, then you
shall bring a sheaf of the first-fruits of your harvest to the priest.

Lev 23:11 ‘And he shall wave the sheaf before יהוה, for your acceptance. On the morrow after
the Sabbath the priest waves it. (THIS IS THE DAY AFTER THE WEEKLY SABBATH
DURING THE FEAST OF UNLEAVENED BREAD!)

Lev 23:12 ‘And on that day when you wave the sheaf, you shall prepare a male
lamb a year old, a perfect one, as a burnt offering to יהוה, (NOTICE THE 1 YEAR OLD MALE LAMB, AGAIN)

Lev 23:13 and its grain offering: two-tenths of an ĕphah of fine flour mixed
with oil, an offering made by fire to יהוה, a sweet fragrance, and its drink
offering: one-fourth of a hin of wine. (NOTICE THE DRINK OFFERING ‘THIS CUP IS
THE RENEWED COVENANT…’)

Lev 23:14 ‘And you do not eat bread or roasted grain or fresh grain until the
same day that you have brought an offering to your Elohim – a law forever
throughout your generations in all your dwellings.

What is truly amazing about this is that each year, the biblical new year
starts on a different day of the week. That means sometimes Passover is on Day
1 (Sunday) and sometimes it’s on Day 7 (Shabbat) and anywhere in between.
However, the year that Y’shua was killed Passover ABSOLUTELY HAD to precisely
fall on Day 4 (Wed) in order for there to be 3 days and 3 nights AND for Him to
fulfill the “Wave Sheaf” offering on Day 1 (after the Shabbat). It is ABSOLUTE
perfection. And this had to all be in His first year of His ministry in order
for Him to be a lamb of 1 year.

The point is that Good Friday to Easter Sunday is not possible biblically and
it’s not acceptable as a disciple of Y’shua. Furthermore, to merge the
sacrifice of our Jewish Messiah with the pagan festival of Easter, in my
opinion, is an abomination and an insult to His integrity and His Name. I have
strong feelings on that because I was once deceived and still have loved ones
stuck in the deceit that exalts the traditions of man over the Commandments of
the Most High.

This is why we are convinced that a love inspired obedience to scripture is
absolutely necessary in order to understand the appointed times of our Creator,
YHWH. If we don’t understand His appointed times, then we risk being like the 5
foolish virgins who were not prepared with their wine for the marriage festival
in Matthew 25.

I hope this has made sense. I know it’s long but it’s worth researching. I have
on major request. . . DON’T take my word for it. Study for yourself. Seek YHWH
and His truth. Let Him be the one to feed you.