About Me: (Ministry Info, Hobbies, Fav. Music etc.)
Evangelist Sabina Stephens is a Prophetic Intercessor and an inspired writer. Evangelist Sabrina has been gifted with prophetic dream intrepretation since the age of 12. She is a radical for Christ.... working out her own salvation desiring to walk in the fullness of what God has for her. So that she might be real... to those in that struggle striving toward the mark of the high call of Jesus the Christ. Evangelist Sabrina is a good teacher through her writings and has a heart to stand in the Gap for the underdog... the messups/ writeoffs... those who have never experience real love... those experiencing pain but dont know what to do with it... Because God wants them too.

Her vision is to empower lost leaders into leadership as God leads...and to speak life into the dormant areas of their spirit man. Ezekiel 37.

The Alabaster Box by Sabrina

"Let Everything You Give or Receive Be Anointed"...


Evangelist Sabrina has been an entreprenuer for 11 years. Alabasterbybina customizes, creates, & manufactures natural bare essentials...
CREATE & CUSTOMIZE YOUR OWN LINE OF SCRIPTURE
fragrances, anointed house sprays, linen water, and oils. for your ministry.

Do you need a gift store set up at your church? Alabasterbybina also offers a turn key package.
Contact: Sabrina

alabasterbybina@yahoo.com
I will send you a brochure package..

Favorite Preachers:
My ideal of good Sheparding:
True Eagles that know how to tap into the power of God...Operates with the 5 fold Apostalic giftings. Who's truly consecrated kingdom minded emisaries for God. Will help point you in the direction towards your divine purpose & destiny. 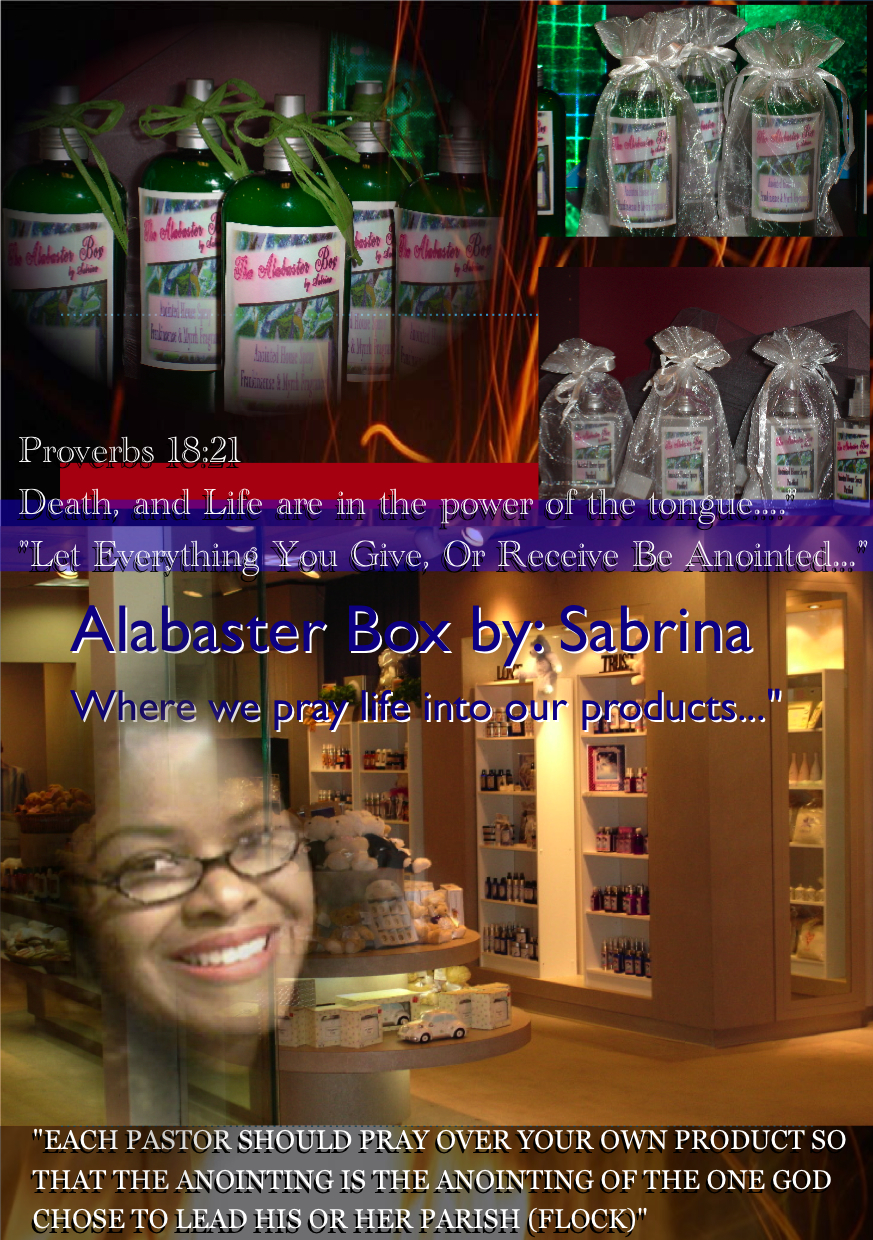 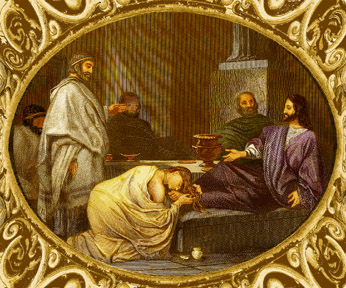 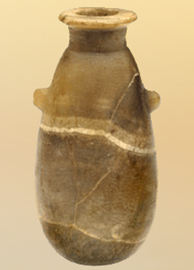 Mary's Alabaster Box "Mary’s fragrant offering" was and is the perfume of her worship and adoration poured out in a type of priestly ministry upon the Son of God. This costly offering historically was also given to a daughter by her Jewish parents for her dowery. On her wedding night the perfume was to be poured out upon her husband's feet at the time of the marriage consummation. It was similar to the act of submission performed by Ruth at the instruction of Naomi to Boaz at the treshing floor. Mary's giving her very own dowery was a statement of complete love and devotion submission and obedience.

Mary obeyed the Holy Spirit when directed to anoint Jesus by giving her best. She also was criticised by the church then as you may be now when giving Jesus your all. Do not stop obeying the voice of the Holy Spirit even when others speak evil against you. Just remain humble and meek before them. Offer forgiveness, love them and minister to God with your whole heart. That’s the "Mary" anointing boldly loving Jesus in abandon worship adoration and intercession.

There is an anointing from the Lord being released into the body of Christ for this priestly ministry. Spikenard is sometimes referred to as "Nard" in the botanical reference books. Also improperly known as spikenard (from Latin spica, head of grain, and nardi), this hardy herb, a member of the Valerian family, grows in the high altitudes of the Himalayas. The part of the plant growing underground has the appearance of a hairy fibrous spindle, and is rich in oil. Nard was found in the Himalayas which is now called India, nard traveled great distances in the ancient world. The form it was exported was of a dry rhizome or mascerated oil extract, via India wchich was under Persian domain, under the name nardin.

Release!!! For those that had a Job Friend experience.

2009 Prophetic Shift For the House of Deliverance

lost with out a trace..

Words of wisdom for today.. 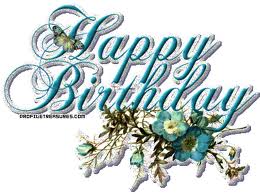