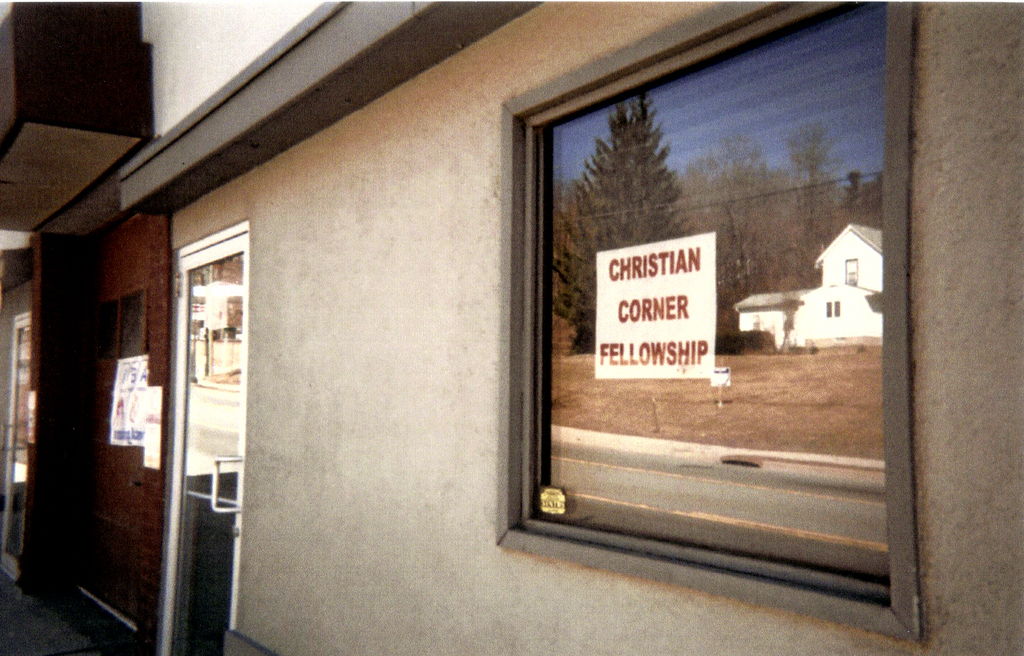 would point to 3 Sets of Scriptures to support their view.

1. Acts 2:4- When Believers spoke in Tongues of The Day of Pentecost.

2. Acts 10:44-48- When Gentile Believers spoke in Tongues, just like The Jewish Believers did on Pentecost.

Do you have any Scripture to support your view?

God Bless you Pastor Sweet, and thanks for being brave enough to respond to The Discussuion!

Thank you for your response!

Sorry that I just notice this, as I back to work form my vacation. Let me state it to you this way. The three passages in the Book of Acts serve as onetime events. There are no other places in the NT that one can use to try to make this point. So let us keep them in their right/proper context.

The Book of Acts is a book of Transition…It is a History Book and the event are not to be repeated. So the answer is still no!

The Bible does not teach a "second" work of grace: that of speaking in tongues as evidence of the "baptism" of the Holy Spirit. Many of the proof-text utilize by many Charismatics and Pentecostals are arbitrary misinterpreted and misapplied. The whole of the system is based upon a works movement; not a grace movement. The apostle Paul warns of would-be law teachers who would pervert the gospel of Jesus Christ so as to put God's people under the yoke of the law (Acts 1:8-9; Gal. 3:1, 2-4). The words "filled," and "baptism" are two distinguishing works of grace. There is "one" baptism of the Spirit (1 Cor. 12:12-13; Eph. 4:6), but many "infilling." The "baptism of the Spirit is a permanent experience, but the "infilling" of the Spirit is a continual act of being filled (Eph. 5:18).

The problematic issue with those who are in support of the "second" work of grace is their seemingly to duplicate the experience of the believers at Pentecost without taking into the account of its historical context. There is nothing phenomenal nor extraordinary about what happen at the day of Pentecost, but they spoke in a language that many were able to understand. Those who support the idea of speaking in tongues utilize Acts 2:4 with Acts 19:1 but fail to take into account proceeding verses after Acts 2:4. The prophecy that was spoken by Joel (2:24) is an unfulfilled prophecy by which the church in this present age will not experience but the Jewish crowd. Many of the Jews during this time will have the opportunity to call upon the name of the Lord to receive salvation. The Jews seek a sign, but the Gentiles knowledge. The experience of speaking in tongues does not indicate true faith, but the sure sign of real faith is personal faith in Jesus Christ (Jn. 3:36; Rom. 10:9-10).

Here are some Scripture that might suggest another view to the video sited.

1. 1 CORINTHIANS 14:39- WHEREFORE, BRETHREN, COVET TO PROPHESY, AND FORBID NOT TO SPEAK WITH TONGUES.

2. After Paul records, 1 Corinthians 13...In 1 Corinthians 14:6, he says, "Now, brethren, if I come unto you speaking with tongues, what shall I profit you, except I shall speak to you either by Revelation, or by Knowledge, or by Prophesying, or by Doctrine. There does not sugguest an end to these gifts in 55 A.D. or any period before The Coming of Christ.

4. Paul continues in 1 Corinthians 14:22- ...but prophesying serveth not for them that believenot, but for them which believe.

5. Peter Stands up and proclaims: "But this is that  which was spoken by the prophet Joel; And it shall come to pass IN THE LAST DAYS, saith God, I will pour out of my Spirit upon all flesh: and your sons and your daughters shall PROPHESY, and your young men shall see visions, and your old men shall dream dreams..."

The term "In The Last Days, clearly speaks of the time before The Second Coming of Jesus Christ, and not 55 A.D.".

Wow, God Bless you Sir and thank you sooooo much for The information, this is what great discussion are made of!!!

I have listened to your video, and I would'nt say it is in "purpose" error...just REACHING a bit.

First I want to focus in on PROPHECY...to clearify at least a "Rock Solid" postition on the moving of God. Tongues may have some elements of difficulty, but the Function of Prophecy is a "present Help" for The Christian Church.

Consider The Scripture you put fourth:

Prophecies, they shall fail...Because human have free will, and can recieve Mercy.

Tongues will cease...THIS IS WHERE YOUR POINTS PRESENTED COULD HAVE SOME TEETH...only because Prophecy is a more desired Gift!

The Discussion began with Tongues...Prophecy, Knowledge, Faith, Hope are all current and powerful functions of The Kingdom of God. Tongues clearly is a powerful function of The Kingdom of God...just look at all the great moves of God...The Church of God In Christ (COGIC), The Assemblies of God (AG) and The Church of Christ Holiness USA (COCHUSA) to name a few. If you study these movement and compare them to Biblical examples you will understand what is being said through Scripture."

Furthermore...to point to The ending of these gifts in 55 A.D. is Reaching. Some would say, 45...other 65. Scripture NEVER DECLARED 55 A.D. as the ending of certain gifts...it is an educated Guess!!!

Thank you so much for responding, I'm not taking lightly the Scriptures you are providing to this Discussion!!! I will continue to Pray and be in His Word!!!

Permalink Reply by Evangelist Jessena Moore on July 8, 2012 at 1:28am
The gift of tongues and the in filling of the Holy ghost are to separate things..the gift of toungs is what Paul is speaking of in Cor.. But gift of tounues are manifested through  Holy Ghost..just like any other gift that is being mentioned. Prophecy is also a gift that is manifest through the Holy ghost.. Love or charity  is also a gift that the writer speaks of.. He understood that all these gift would cease except for the gift of love.. Which is whAt our salvation is based on.. And all these gift are only made manifest through the "Gift if the Holy Ghost" is come with the evidence of speaking in other togues as the spirit gives y
Utterance..

(I think your commenting on Mr. Alexander Mick's presentation, so I will address your points from that view)

We SHOULD understand that The Gift of Tongues and The Filling of The Holy Ghost are two separate things...but the Evidence was the question at hand!

The Issue that has recently been addressed was presented by Mr. Alexander Mick, and that was, The Gifts of The Holy Spirit: Tongues, Prophecy and Knowledge stopped in 55 A.D.!!!!

Do you agree That The Gifts of The Holy Spirit: Tongues, Prophecy and Knowledge stopped in 55 A.D.!

Surely any Christian Church that is Alive, in The Body of Christ, would testify to "The Very Present Help" of The Various Gifts of The Holy Spirit. They may cease with The Second Coming of Jesus....But these Gifts are here now!!! Ephesians 4:8-12

(Now getting back to the orginal question: Do you believe that The Speaking of Tongues is Evidence of The Filling and or The Baptism of The Holy Ghost??? Scripture would be helpful.)

Thanks for responding, God Bless!!!

Thanks for the great discussion!

Let's see what THE BIBLE says...

1 Cor. 13:13-And now abideth Faith, Hope, Charity, these three, but the greatest of these is Charity.

In The proper order according to Scripture:

1. Prophecy WILL NOT cease, but FAIL, because of The Free Will of Man.

2. Tongues WILL CEASE, in my opinion, because Prophecy is the desired Gift of The Spirit according to Paul.

3. Knowledge as we know it, WILL VANISH, because a Greater Knowledge will be known...we will not stop being Humans in our glorified bodies!!!

4, 5, and 6- Faith, Hope and Charity are the Foundations of being a Christian, "We have to Believe That HE IS!"

Your timeline shows that Tongues, Prophecy, and knowledge ceased around 55 A.D.

While I'm stating that Tongues, Prophecy and Knowledge are Alive and Well until The Return of Jesus!

I you study words: Fail, Cease and Vanish are 3 different words, with 3 different definitions.

I don't believe I misinterpreted your video when it has graphics pointing to 55 A.D. as the time when Tongues, Prophecy and Knowledge, in your opinion, stopped. And one can not say, with the backing of The Bible. it ended in the first century....That's what I call "Reaching a Bit."

Regarding 1 Cor. 13:11, Paul was talking about 1 Cor. 13:10....But when that which is PERFECT come, THEN that which is in part shall be done away with. If God opened our eyes to see half of what going on in The Spiritual Realm...Many things we're taking "educated guessing" on would be gone!!!

Thanks again for your "partly laborious" response...I have enjoyed!!!

There was a question presented: "Is The Speaking of Tongues the first Evidence of being filled with The Holy Ghost?"

You are right, there are many people who have mastered "false tongues" not given by The Holy Ghost.

And we hear Jesus Christ giving warning to All who would lie on The Holy Ghost in Matthew 12:31.

However, there are some people who have recieved The Gift of Tongues from The Holy Ghost, and have demonstrated the Power of God by edifying The Body of Christ. This has happened in Great Modern Day Christian Movements, like Church of God In Christ, Assemblies of God, and Many Holiness Movements!!!