It's always the squeaky clean, Mr.Positive, well known & respected, most admired, illustrious men that the community trust & that's why the community never see their alternative motives.

Curtis Jiles, 30, was a high school teacher’s aide at Tenoroc High School in Lakeland, Florida until it was discovered that he had been paying his students for sex. He even went as far as to follow a school bus home, get one student and pay HIM to allow HIM to perform oral sex in his car.

There are FOUR MALE STUDENTS that have come forward with their stories. Initially, Jiles agreed to turn himself in, but then he abruptly fired his attorney and is now on the run.

Jiles faces charges of sexual battery by a person in custodial authority, sexual activity with minors, and procuring a person younger than 18 for prostitution.

This is a photo of Curtis Jiles

Jerry Sandusky would have been praised in any community he chose to live in. 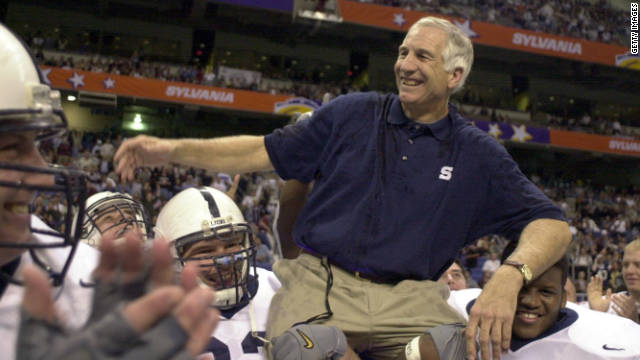 In the Jerry Sandusky case the prosecution is expected to call more witnesses Thursday in the case against former Penn State coach Jerry Sandusky, who is accused of sexually abusing boys over a 15-year period.

Jurors on Wednesday heard graphic testimony from three alleged victims, the father of a then-graduate assistant who said he witnessed Sandusky raping a boy, and a janitor who testified that he saw two pairs of legs in a shower, believed to be the ex-coach and a child. Five of 10 alleged victims have so far testified, and two of those are not expected to take the stand.

"I knew there was something wrong," the elder McQueary said, describing a phone conversation with his son after the alleged incident. AKRON, Ohio -- A 65-year-old Akron man was sentenced to life in prison for sexually molesting five boys living in his home in foster care.

Summit County Common Pleas Judge Tammy O'Brien sentenced Roger Ball, of Holly Avenue in Akron, to the life sentence, the maximum sentence allowed. He will be eligible for parole after serving 35 years. Prosecutors said from 2007 until 2010, Ball sexually molested the five boys, who ranged in age at the time from five to 11.

"This was a truly horrific crime in which someone took advantage of his position and sexually abused young boys in his care -- boys who were already dealing with a multitude of issues," said Summit County Prosecutor Sherri Bevan Walsh. "I am very pleased that the judge ordered such a lengthy sentence that this defendant cannot apply for parole unless he lives to be at least 100." On May 8, a jury found Ball guilty of rape, sexual battery and five counts of gross sexual imposition, felonies of the third degree. Officials said Ball was a foster parent for many years before this abuse was discovered. 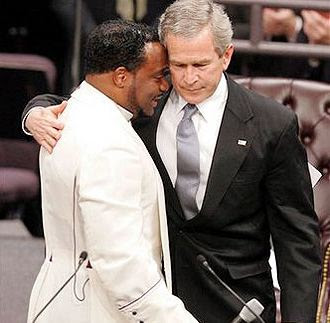 The lawsuits were filed by four men in their early twenties—Maurice Robinson, Jamal Parris, Anthony Flagg and Spencer LeGrande—with each telling a similar story. Long was accused of seducing them as teenagers and using church funds to give them cash, cars and gifts in exchange for sexual favors. The sexual relationships reportedly began when each of the plaintiffs were around 16 years old. Two of the young men say the pastor befriended them when they were only 14 years old. Long settled the case with a payout that’s been reported as anywhere from $15 million to $25 million—and, importantly, with a gag order.

When the scandal broke, it couldn’t have hit closer to the center of the Black Church’s fault lines on sexuality. Long’s New Birth Missionary Baptist Church in suburban Atlanta boasts some 25,000 members. It is one of the largest black churches in the nation. In addition to being one of the nation’s most prominent pastors, Long is also among the most vocal critics of gay rights and same-sex marriage in the Black Church. In December 2004, one month after voters approved an amendment to the Georgia state constitution that banned gay marriage, Long led a 25,000-person march against gay rights and marriage equality.

There are way too many stories about these men, men people call Peter Puffers, I can't possibly post them all.

They're wicked as all hell!  The whole lot of them, . .shame on them!!

There's no excuse for validating homosexual sin in Catholic/Evangelical churches and in society, its against God.  God pulls the scab off,   1 Peter 4

1 Forasmuch then as Christ hath suffered for us in the flesh, arm you...

2 That he no longer should live the rest of his time in the flesh to the lusts of men, but to the will of God.

3 For the time past of our life may suffice us to have wrought the will of the Gentiles, when...

4 Wherein they think it strange that ye run not with them to the same excess of riot, speaking evil of you:

5 Who shall give account to him that is ready to judge the quick and ...

15 But let none of you suffer as a murderer, or as a thief, or as an evildoer, or as a busybody in other men's matters.

16 Yet if any man suffer as a Christian, let him not be ashamed; but let him glorify God on...

17 For the time is come that judgment must begin at the house of God: and if it first begin at us, what shall the end be of them that obey not the gospel of God?

18 And if the righteous scarcely be saved, where shall the ungodly and...