How dare you do what was/is being done to the brothers and sisters here in America in the 1800's and thereafter!  They took people of color lands and left with nothing but the shirts on their backs and you want to do it in the motherland!  You have bumped your head!

And don't send Monsanto to Africa either with their poisonous food!

What's the back story here, please fill us in.

Your guess is as good as mine and the link leads to nothing. I guess we all need clarity on what this is all about

Permalink Reply by DianeFridayFundraiserSpecialist on June 8, 2012 at 1:24pm

Permalink Reply by DianeFridayFundraiserSpecialist on June 8, 2012 at 1:25pm

Permalink Reply by DianeFridayFundraiserSpecialist on June 8, 2012 at 1:24pm

Sorry all, the story is about how Obama wants to go to africa and help.  Similar stories:  http://www.sodahead.com/united-states/president-obama-speaks-on-sup... Internet Security&version=19.1.0.28&layout=OEM30&partner=Toshiba Ams P1(30)&ispid=&sitename=&actstat=activated&substatus=current&ncoap=1

No problem, but it appears you are onto a valid strand of truth regarding the Monsanto 'food' issue.  Weird mess is being allocated for the poor and needy abroad.

Generally, PO's 'help clauses for nation in need' come standard with such conditions as you must be willing to adhere to and promote the NWO's gay agenda.  Whether they are an Orthodox Muslim nation, Catholic, ete.

I believe that both Nigeria and Jamaica and maybe others have already been told to review their gays rights or lose vital aid so any help will have condition attached.

Permalink Reply by DianeFridayFundraiserSpecialist on June 8, 2012 at 3:08pm

It is like selling ones soul to the devil!

Permalink Reply by DianeFridayFundraiserSpecialist on June 8, 2012 at 3:07pm

MAAT does not believe in gay agenda!

This seems to be the crossroad he has us all at now.  I only have one question left- Did he ever, ever, ever love Jesus?  All the 'family going to church' pictures, . .was it all a sham ,too, now, along with this? 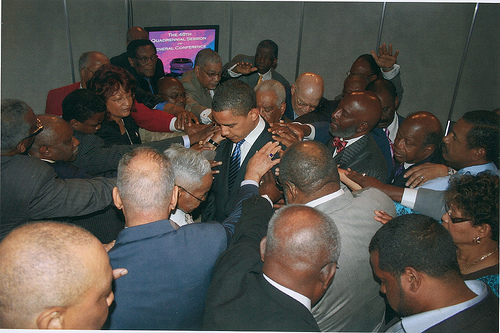 Phil remember Obama was a muslim and only during the election campaygne he suddenly professed to have found Christ and that was what won him the election now he has the blacks and the Christians he see the gays as a threat so now he does not think it is fair that gays don't have equal rights to have a lawful marriage, what more evidence does people want to realise that Obama will and have use what ever means necessary to get the job.

Now if the Bible did not have a description of the anti christ he would have been a canditate but unfortunatelyhim being , a muslim and a hetersexual who seem to like women and not a miltary man he does not quite match the description.  All the other qualities fit but everything including the full description must be as Scripture states.

Plus besides he has lost a lot of supporter and the one who will be revealed as the anti christ will be everyone's hero, he will be seen as the ideal man perfect in staure, intelligent, powerful miltary figure and i a financial giant rescuing the world's financial institute and someone that even the Jews look up to after all he will fool them into think he is the long awaited messiah

Never knew he was a muslim.  Good info.