The Truth about Being Unequally Yoked 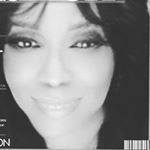 I opened the door to my apartment.  A strange man was in my home, s...

The strange man wore dark glasses. He had an angry snarl on his face.  He looked at me and continued to steal. "You can't do a thing about it!"  He hissed and began to laugh.

The strange man looked at me. He stopped what He was doing. He ran past me out of the door. I ran behind Him in the power and strength of the Power of God.  "Get out!" I demanded. "Get out in the Name of Jesus!"   The Strange Man continued to run. Suddenly, He stopped dead in His tracks, and burst into flames.  As soon as I rebuked him "In the Name of Jesus!" he was gone...

A few months later, I had forgotten about the dream.  I thought that it was time for me to ask God to send me a husband, and a father to my two little girls.  God had blessed me with a good job at the Employment Security Office.  I was had my own car.  My children were happy. I was blessed. I remember thinking about how good that God had been to me when I sat at my desk that morning. I looked great in my red sweater suit. I did not have any problems. But, I was lonely.  My family was suggesting that it was time for me to get married. It did not look good for me to have two children and not be married.  My father had just passed away and the pressure to have a husband was too much for me to bare.

A young man had just signed in to see an Employment Specialist.  I did not look at him. I saw his name on the ledger, "Mr. ...." I looked around to see who would answer.  The young man was very handsome with silky salt and pepper hair. He smiled and flirted with me.  I ignored him. "May I have your social security number please"   I continued to submit his information into the system. "What is your current address Mr....?"  I asked. I glanced up. Our eyes met for the first time.  He smiled again.  I noticed how beautiful that his hair was.  I mentioned that his hair was beautiful and curly.  He immediately took off his hat and leaned over so that I could touch his hair...We both laughed.  I loved his sense of humor.  I completed his application and key it into the terminal.  "You can have a seat Mr..." I smiled.  "Someone will be with you in a minute".  He stood up to leave. I noticed that he was taller than me, but not  as tall as I preferred a man to be. He turned to leave and quickly turned around. "Are you married?"  He asked.

I had forgotten about the dream.