When you just want to talk, share, vent...Go right ahead!  That is what we are here for.

Let's give the free gift...of communication and encouragement!!!! 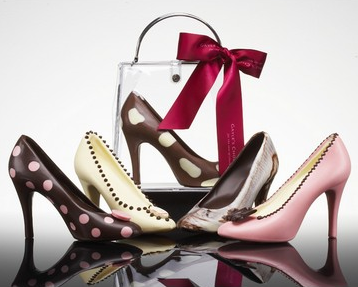 Permalink Reply by Spirit on April 8, 2010 at 11:40am
Sharing a story,
If anyone has read any of my blogs, or are a member of http://proverbs31women.ning.com, you are aware of the situation I am going through...a separation from my hubby. But...you will also know that GOD is working as we SPEAK!!!!

Now I have a 17 year old daughter that has been through her share of heartaches within the last few years. She is going to graduate this year and head to college in August. Now, my prayer has been for her to take every negative thing that has happened in her life and learn from it. I have been a soilder on the field fighting for her. She spent one year with her dad (in another state) and really went through some hard times, and everytime she would call me, I would put on my fighting gear and call on the Lord to give me the words to give her. Well...she moved back with me her last year of high school. And she has been with me during this separation (2nd marriage). Yesterday her and I were talking and I was telling her about how God is revealing things to both me and my husband and I was excited. And she told me..."Mom, I am happy for both you and my step-dad. But...I have come to realize that I do not need the approval from your husband or my dad's wife, because not only do I have the love of God, put I have you two that loves me. I will be going off to college and starting my own life, and I want you to be happy." WHAT!!!!????? Were these the words of my daughter that was dealing with the sting of "step-parents" that could not show her love??? (because of their own issues???) Well, it did not stop there. She had just gone out of town with one of her friends to visit a college campus. And the entire time she was telling me the story, she kept saying how it was God...It was God. Now, I secretly hope she will go to a college near me in the South, but she has her heart set on going to college in the North. She wants to major in law, and she found out that this college had a law school that ranked #5 in the country. So I say..."Honey, do you think you would consider this school???" And "SHE" says..."Mom, this is Ebony's blessing, not mine. God showed up on that campus for Ebony, not me." And that is when I broke down!!! God had revealed to me that my "job" was complete with my daughter. She was now walking into "her journey" and I needed to know she will be ok. It was as if God had cut the cord connecting us spiritually and mommy-LY and was sending her on her way. Now...that same evening this was revealed to me, I spent time with my hubby and my daughter was home alone. This morning when we talked she told me how she started "thinking" and could not stop "thinking". She actually became frighten by her lack off control as to what her "mind" was telling her. And she realized it was her spirit directing her. And her spirit revealed to her that she could not do what everyone else was doing, she had no room for error. It was time for HER to start looking to HIM!!!! And I told her, honey, God released me from you yesterday. Get use to that voice and don't fear it, just follow and trust it. Because the Lord is no longer going to speak through me to you, HE will be speaking directly to you. Your journey has started!!!!"

Permalink Reply by Spirit on April 8, 2010 at 3:55pm
thanks girl. it is truly peaks and valleys. but my separation has caused me to draw and experience so much of God that I can't "hate" where I am. I trust that whatever happens,,,is what should happen. It ain't over...till God says...it's over. : )

Permalink Reply by Spirit on April 29, 2010 at 3:56pm
Today is a day of struggling. It's funny because of course it comes right after a break through. I was standing tall in my Stilettos this morning, determined to keep working to save my marriage. THEN...he says something to me that causes me to through my ring in the field!!!!! ... As I fall down 7 times and get up 8. I am really ready to just let it go.

Permalink Reply by Spirit on May 6, 2010 at 6:32pm
What do you do when loving your husband is not enough?

Permalink Reply by Ollie Bailey on May 25, 2010 at 5:57pm
What do you do when loving your husband is not enough? I feel you all the way, I just went through the potential of what you are faced with. After 35 years of being with my husband my marriage ended in divorce, My ex said he was just tried of being a family man, well I thought I was going to die but by the grace of God I am still here, still in the fight and when I realized that loving him was not enough I began to learn how to just love on Jesus my real man.

Permalink Reply by Spirit on May 25, 2010 at 8:25pm
and I am learning the same lesson. Jesus is my provider of EVERYTHING! And I have to remind myself, when I start to feel hurt, that I did my best. Thank you for your words.