COUNCIL FOR ALL FEMALE APOSTLES, BISHOPS, PROPHETS, AND PASTORS

THIS COUNCIL IS DESIGNED TO ANSWER WOMEN'S ISSUES THAT WE HAVE TO DEAL WITH BEING WOMEN IN MINISTRY AND NOT ALWAYS SOCIALLY ACCEPTABLE. THIS SHOULD BE A PLACE WHERE YOU CAN COME AND FIND OTHER LIKE MINDED WOMEN OF FAITH, INFLUENCE, POWER, AND EXEC

Are you Celebrated or Tolerated? Do you know? Should you care? Who does this apply to?

You need to be a member of COUNCIL FOR ALL FEMALE APOSTLES, BISHOPS, PROPHETS, AND PASTORS to add comments!

Comment by Rabbis Aviyah Byers on February 13, 2009 at 9:47am
Blessings and Shalom to all! Please check out my article on "Are Women Called to Ministry." at www.melohagoyim.org under FAQ's

THANKING YOU FOR YOUR WELCOME GREETING!
I LOOK FORWARD OF BEING APART OF THIS MUCH NEEDED
APOSTOLIC FORUM TO STRENGTHEN THE WOMEN OF GOD WHOM THE LORD HAS CHOSEN TO BE HIS HOLY APOSTLES FOR THIS END-TIME HOUR! THE LORD BLESS YOU FOR LEADING THIS MOST VITALLY NEEDED FORUM.

Comment by Doris Trueheart on January 18, 2009 at 5:32pm
May these be a blessing to you:
doristrueheart@yahoo.com
Read about my unique book at doristrueheart.talkspot.com

Comment by LaShondria Snipes on January 10, 2009 at 5:21am
HELLO WARRIORS OF GOD.
GOD IS GETTING US READY TO GO INTO THE DEEP OF THE DEEP., WE HAVE TO GET OUR HEARTS RIGHT SO THAT WE CAN GET INTO THAT PLACE WITH GOD WERE HE IS REVEILING TO US OUR NEXT ASSIGNMENT. SO FORGIVE THOSE WHO HAVE MISTREATED YOU OR THAT PERSON WHO WOULD NOT GIVE YOU A CHANCE. WHEN THAT DOOR CLOSED GOD HAD A GREATER DOOR THAT WOULD OPEN .JUST BE PATIENT. STOP STARING AT THE CLOSED DOOR AND WALK IN THE ONE THAT GOD HAS OPENED FOR YOU. IT MIGHT NOT HAVE COME LIKE YOU THOUGHT IT WOULD, BE IT HERE NOW.,
HE WANTS USE TO USE WISDOM TO POSSESS THE LAND, AND THE SEEDS THAT HE HAS PLANTED IN US TO BE BIRTHED OUT IN THIS SEASON,WHICH WILL BRING GLORY TO GOD.. ITS TIME.. THE CHURCHES ARE ABOUT TO GO THROUGH A PURGING . GOD IS CALLING HIS BRIDE BACK TO HIMSELF AND NO MORE RECYCLING MEMBERS ITS TIME TO GO TO THE TRENCHES AND GATHER THE FRUIT OF THE LAND AND SET THE CAPTIVE FREE. WE HAVE GOTTEN TO COMFORTABLE IN OUR SEATS AND THEN WHEN YOU ARE CALLED AND THE ANNOINTING IS UPON YOU, THEN YOU ARE BATTLING WITH THE SPIRIT OF INTIMIDATION FROM OTHERS IN AUTHORITY. BUT DO NOT BE SWAYED, THEY AREN’T REJECTING YOU THEY ARE REJECTING GOD. BUT THIS SEASON STRONGHOLD WILL BE BROKEN AND THE DEVIL IS GOING TO HORRIFIED AND THE BATTLE IS NOT OURS BUT IT’S THE LOR’D.HE IS CALLING HIS SONS AND DAUGHTERS WHO WILL NOT COMPROMISE. WE ARE CALLED TO WORSHIP,WERE YOKES ARE BROKEN AND HEALING AND DELIVERANCE IS SET IN THE ATMOSHERE WERE GOD CAN BE GLORIFIED. WE ARE THE CHURCH SO LET'S GO TO WAR FOR OUR FAMILIES BIRTHING THEM OUT IN PRAYER. YOUR CHURCH, MINISTRY, BOOK, CD, AND BUSINESSES THAT GOD HAS SPOKEN IN YOUR SPIRIT. IT IS SO ..GOD HAS ALREADY SET US FREE SO LET'S BE IN LIBERATION AND KNOW THAT IF GOD IS FOR US THEN WHO CAN BE AGAINST US , VICTORY IS ALREADY YOURS .TOO GOD BE THE GLORY

Comment by Apostle Deborah Anderson on January 9, 2009 at 10:21am
Thank you Dr. Sherman for the invitation to "express" ourselves! I am looking forward to addressing the subject of "Women" Apostles that seem to have the "church" in an uproar! LOL! My premise will be based on the stated "function" of the "Gift" as opposed to the view of gender. I will also address the "uproar" that was heard in the Book of Acts as we are hearing today complaining, "these Apostles are turning our cities upside down"!

Oh, we are coming strong, but oh so Biblically-based and Kingdom correct!

God bless you and all the women (and men) who preach the Gospel!

Comment by Erica Joseph Shepherd on January 6, 2009 at 9:04am
"The Father wanted satan defeated by man - One made in His image. Jesus, who would shed His blood to redeem mankind, emptied Himself of His rights as God and took upon Himself the limitations of man. Satan was defeated by a man - the Son of Man, who was rightly related to God. Now, as people receive the work of Christ on the cross for salvation, they become grafted into that victory. Jesus, defeated the devil with His sinless life, defeated him in His death by paying for our sins with His blood, and again, in the resurrection, rising triumphant with the keys of death and hell.

In redeeming man, Jesus, retrieved what man had given away. From the throne of triumph He declared, "All authority has been given to Me in heaven and on earth. Go therefore" In other words: I got it all back. Now go use it and reclaim mankind. In this passage Jesus fulfills the promise He made to the disciples when He said, " I will give you the keys of the kingdom of Heaven." The original plan was never aborted; it was fully realized once and for all in the resurrection and ascension of Jesus. We were then to be completely restored to His plan of ruling as a people made in His image. And as such we would learn how to enforce the victory obtained at Calvary:" The God of peace will soon crush Satan under your feet." We are born to rule - rule creation, over darkness - to plunder hell and establish the rule of Jesus wherever we go by preaching the gospel of the Kingdom.
Kingdom means: King's domain. In the original purpose of God, mankind ruled over creation. Now that sin has entered the world, creation has been infected by darkness, namely: disease, sickness, afflicting spirits, poverty, natural disasters, demonic influence, etc. Our rule is still over creation, but now it is focused on exposing and undoing the works of the devil. We are to give what we have received to reach that end. If I truly receive power from an encounter with God of power, I am equipped to give it away. The invasion of God into impossible situations comes through a people who have received power from on-high to release it into the circumstances of life.

The gospel of salvation is to touch the whole man: spirit, soul, and body. John G. Lake called this a Triune Salvation. A study on the word evil confirms the intended reach of His redemption. That word is found in Matthew 6:13 (KJV), " Deliver us from evil." The word evil represents the entire curse of sin upon man. Poneros, the Greek word evil, came from the word ponos, meaning pain. And that word came from the root word penes, meaning poor. Look at it: evil-sin, pain-sickness, and poor-poverty. Jesus destroyed the power of sin, sickness, and poverty through His redemptive work on the cross. In Adam and Eve's commission to subdue the earth, they were without sickness, poverty, and sin. Now that we are restored to His original purpose, should we expect anything less? After all, this is called the better covenant. We were given the keys to the kingdom - which in part is the authority to trample over all the powers of hell.
Erica Shepherd, A Lady Exorcist
Please take a look at the videos posted on my page

Comment by Erica Joseph Shepherd on December 12, 2008 at 1:34am
Witchcraft Predatory Demons,having sex with people against their wills,Spiritual sexual perversion,spiritual rape,transference of spirits.
Incubus and Succubus Demons
Two hours of teaching as I minister freedom in this area to several people.
http://blogtalkradio.com/A-Lady-Exorcist

If you are in need of A Miracle from God
Prayer for Deliverance from Evil and Soul Restoration
10:00 P.M.Tuesday.Night 12/9/08

If you are in Need of a Financial Blessing Please Email me back
With the Need and the Amount of $$$$ that you want me to be in
Agreement with God for you.
Deliverance Is The Children's Bread
God wants to Bless you!

I defeated a messenger of satan, sent to hinder and obstruct my Ministry
Blessings, In The Name of Jesus, By the Power of the Holy Ghost
I defeated those Demons.

I am anointed to stand with you and "Help You" and assist you in
Getting rid of and defeating yours also.

God has opened up the Windows of Heaven and is pouring out
Blessing Upon me that you might find hard to believe.

The Bible says;
Acts 3:26
Unto you first God, having raised up His Son Jesus
Sent him to Bless you,
In turning away every one of you from his iniquities.
Yes God allow that Messenger of Satan, Just so that
I could defeat Him by the Power of the Holy Ghost.
God gave me Three Messages,
Showing me the endtime Spirits of AntiChrist in Operation
God showed me where I had battled each of them already
Jesus got the Victory
I got a Fresh and New Anointing of Wisdom, Understanding and Power
To "Help You" God knew better than I, that "He" could trust me to be
Faith, In and through his "Testing and Trial."
Yes it cost you something to flow in the MIraculous Power of God.
It cost you everything it is called complete submission to t
Here is my website
I Defeated A Messenger Of Satan

I set aside confusion and wavering for single-mindedness and faith,
In Jesus Name!Revive! Lord, restore us and recover our loss! 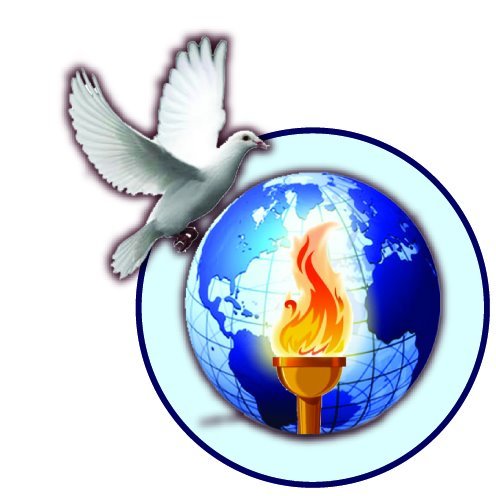