Spiritual support for those who are ministering from their homes and in other homes instead of a church buiding.

The Theology of Ordination
"What is the theology of ordination?"

That's a question that got me in trouble at my own ordination. Essentially, I asked the committee, "What theology of ordination?"

Well, I managed to smooth things over with the committee by pointing out the practical value of ordination as practiced in some of the modern denominations--it is a process in which the background of the candidate is carefully checked in order to ensure that, essentially, the requirements of 1 Tim. 3 and Titus 1 are met. It keeps--or, at least should keep--predators out of the Lord's flock.

The idea of ordination would appear to have its roots in Acts 13, where the Holy Spirit said, "Set apart for me Barnabas and Saul to the work which I have called them." So we have those who are "set apart." Some are set apart for music ministry, some for the pastorate, and so forth. Those who are ordained for music have musical ability, those who are ordained for missions have gifts for missions. Do we ordain in response to the Holy Spirit, or as a result of a very worldly assessment of natural abilities? Hopefully, we weigh the former more than the latter.

The Laying On of Hands
Sadly, many have added the laying on of hands to their arsenal of pleagian magic--actions in which they would try to force God to recognize a change to a human that results from certain actions and procedures performed by other humans (but see Rom. 11:34, "Who has ever put God in their debt?"). The laying on of hands that climaxes many modern Christian ordination services has its roots in such passages as 1 Tim. 4:14, which recalls a time when elders laid hands on Timothy. But the text describes this action as the giving of a "prophetic message," and Paul refers to it again in 2 Tim. 1:6--this time as a "gift of God." To interpret these passages properly, it is probably best to examine the Acts. In Acts 19:6, the "hands" are associated with the gifts of the Holy Spirit, not an office. Also, Acts 20:28 is very clear that it is the Holy Spirit that selects "overseers." There is absolutely nothing in the 1 Tim. or the 2 Tim. passages that suggest that the overseers are making of Timothy another overseer by the laying on of hands. We are on much better biblical ground if we interpret the "hands" passages as the imparting of some sort of charismatic gift or, in Acts 19:6, a facilitating of the indwelling of the Holy Spirit himself.

A Blessing or Prayer
So the biblical laying on of hands is more a blessing than it is a rite that transfers authority or office (Ferguson, 5:39). Its usage in Christianity is based on Gen. 48:14 (Jacob blessing his grandchildren), and Mk. 10:13-16 (Jesus blessing the little children). After Pentecost it is associated, quite naturally, with the work of the Holy Spirit.

Banks offers another approach to the New Testament laying on of hands--that of enacted prayer. He suggests that the layong on of hands was a physical action that "did not just accompany the prayer; it was part of the prayer itself."(Banks, 80).

The reader will have to decide for himself what the "setting apart" passage in Acts actually means--but please bear its context in mind.

Is this not really a setting apart for missions?
Is it not a response of obedience to God's Spirit?
Is it not a commissioning into a place of service?
Finally, where in this passage is any kind of authority bestowed on Barnabas and Saul?
Where we understand ordination as prayer or blessing, and where it can be used to police the entry into the pastorate or to recognize and affirm the work that God has done to prepare an individual for a work of service, let's by all means keep ordination. My own testimony is that I was blessed--greatly blessed--by the laying on of hands (God somehow arranged it so that pastors of more than one denomination participated in my case). But let us be very careful that we don't attach too much consequence to whether one is ordained or not ordained. Nowhere in the discussions of gifting and duties of the church does Paul make any such requirement. Why should we?

Conclusion
Here is the bottom line: It would be a shame if a house church wished to bless, commission, or otherwise respond to the Holy Spirit to "set apart" one of its number for a particular work of service, but demurred because they did not have any "ordained" members. When the modern house church movement was born in a house church meeting in Zurich, many who had previously been "ordained" by the Catholic Church were present. Yet when George Cajacob arose and begged to be given "the true Christian baptism"--the act that caused them to break with the state church and would be a death sentence for nearly all of them--it was to the unordained Conrad Grabel that he turned (see "Counter Clutural Discipleship").

You need to be a member of House Church Ministry to add comments!

I would like to invite your participation in a new fb group that everyone is getting super excited about for training and growing African leaders? Hundreds of people have now an found exciting family that actually wants to help them grow their leadership skills, provides free resources and training, free gifts and direct personal encouragement and mentorship to take it to the Next Level in ministry.  You would be most welcome to join.

We can all learn, and we can all give something. If you would like to be a part of the exciting vision to grow 10,000+ African Christian Leaders, consider joining to grow personally and sharing some of your expertise to help others grow?

There is a gift to all members who join called The Person God Uses, a powerful sermon series that may be helpful for you.
There are 4 questions to get admitted to help with your training and send you your gifts. JOIN here https://www.facebook.com/groups/growingafricanchristianleaders 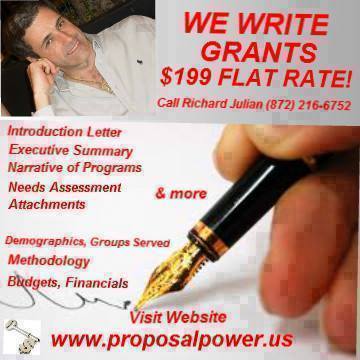 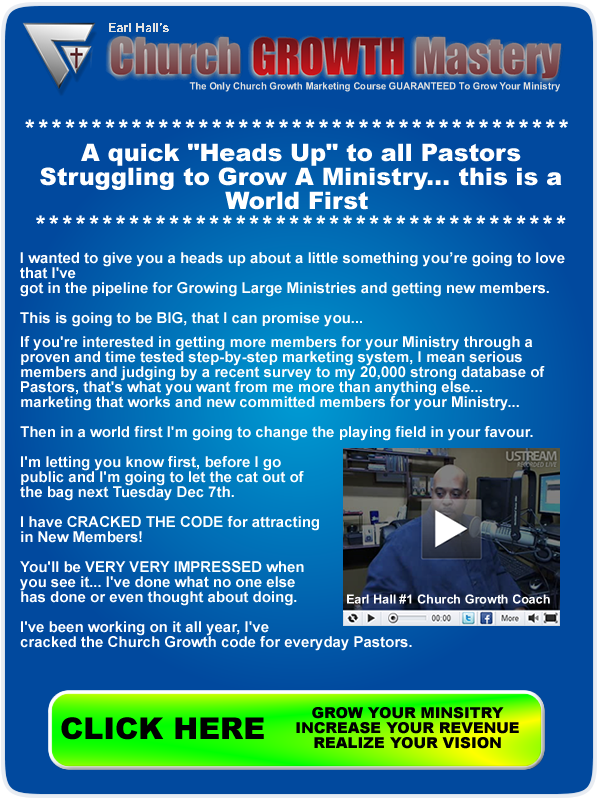 Comment by Arron Lee on October 28, 2010 at 3:21pm
Is Success an Event or a Process, if not an event then what is the Process of Success!

Comment by Apostle/ProphetessEvelyn Adewoye on July 13, 2010 at 9:51am
Take A 10-Day Health Challenge that Help Fight Diabetes and Obesity! If you want to burn fat, and lose some inches, you need to take this 10-Day Challenge!

Bible Scripture Given According To God's Word For This New Business Venture We Launched!
3 John Verse 2: Beloved, I wish above all things that thou mayest prosper and be in health, even as thy soul prospereth.

The World Health Organization estimates that over 2 billion people worldwide over the age of 15 are either overweight or obese. Last year 400,000 people died with obesity, which is approximately 47 people an hour who died with obesity. Our children are becoming obesity and overweight. Foods that are high glycemic cause the fat cells to increase. We need to change our food and beverage supply because they ae going to infect our generation. It will stimulate insulin, stimulate fat cells, and stimulate the blood glucose.

Find more videos like this on The Church Growth Momentum Club

Comment by Apostle/ProphetessEvelyn Adewoye on June 12, 2010 at 7:24am
Please feel free to join us as a friend and/or member at www.hurtingwomenhealingministries.ning.com. Let us all come together in unity, and fellowship with one another. God bless all. Thank you so much for your support, prayers, and encouragement.