INFORMATION THAT HELP THE BODY OF CHRIST 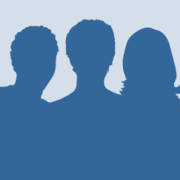 This group does not have any discussions yet.

You need to be a member of INFORMATION THAT HELP THE BODY OF CHRIST to add comments!

Light to moderate alcohol drinkers have an increased risk of breast cancer compared to women who do not drink beer, wine or liquor, said a US study published on Tuesday.

Women who drink three to six glasses of alcohol per week have a 15 percent higher risk of getting breast cancer than women who do not drink, said the research led by Brigham and Women's Hospital and Harvard Medical School.

Women who drink on average two glasses daily of alcohol show a 51 percent higher risk of breast cancer, said the study published in the Journal of the American Medical Association.

Researchers followed 105,986 women who answered survey questions about their health and alcohol consumption from 1980 until 2008.

The higher breast cancer risk was seen whether the women drank early in life or whether they were drinking after age 40, suggesting that even stopping may not have an effect on lowering risk.

The findings also present a dilemma for women who may choose to drink small amounts of alcohol, such as red wine, for heart health.

"There are no data to provide assurance that giving up alcohol will reduce breast cancer risk," said an accompanying editorial by Steven Narod, a doctor at the Women's College Research Institute, Toronto.

"Women who abstain from all alcohol may find that a potential benefit of lower breast cancer risk is more than offset by the relinquished benefit of reduced cardiovascular mortality associated with an occasional glass of red wine," he wrote.

The study authors said that the reason for the boost in breast cancer risk remains unknown, but hypothesized that it could be due to the elevation of sex hormones circulating in a woman's system after she drinks alcohol.

Alot of Church use wine for their Lord communion .  So do this apply to them too?

Comment by Sarah Boone on October 16, 2011 at 6:50pm
Being a Christian is like being a pumpkin. God lifts you up, takes you in and
washes all the dirt off you. He opens you up, touches you deep inside and scoops
out all the yucky stuff-- including the seeds of doubt, hate, greed, etc. Then
He carves you a new smiling face and puts His light inside you to shine for all
the world to see. This was passed on to me from another Pumpkin. Now, it is your
turn to pass it to a Pumpkin. I liked this enough to send it to all the Pumpkins
in my patch.

The Future of the Black Church !

The Candler School of Theology hosted the fifth annual Black Church Studies Summit last weekend, drawing academics and members of the clergy to gather for three days of panel discussions, workshops, speeches and other events concerning the future of the black church.

About 150 professors, scholars, students and members of the clergy attended the summit held at the Emory Conference Center Hotel. This year’s theme was “Where Do We Go From Here? Black Church Traditions, Textures and Transformations.”

Candler also hosted the first of these summits, according to Rodney Mason, a third-year theology student assisting with summit events.

In planning the summit, emphasis was placed on discussion across social, political and denominational lines, Brown explained in the summit program.

Brown noted the diversity of the attendees in an interview with the Wheel, citing the presence of clergy from multi-racial churches, scholars from across the country, community organizers and laypeople. People attending the summit ranged from approximately 18 to 90 years of age, Brown added.

A panel discussion on Saturday morning titled “It’s a New Season: Not Your Mama’s Church” featured four pastors describing the differences between the church of the current generation and previous ones, and providing guidance for black churches of the future.

Each pastor explained in turn how he or she was responding to the demands of the post-baby boomer demographic.

“The Y and X generations have invaded our churches,” said the Rev. Ronald Slaughter, pastor of St. Paul AME Church in Macon. He added that he is “attempting to minister to four generations at the same time.”

The pastors agreed on the importance of using technology such as websites, e-mails and text messages to reach new church members and stay connected with current ones.

The Rev. Cheryl D. Moore, pastor of Zion Temple in Durham, N.C., said that in this era, “there has to be a disconnect from the antiquated modality of ‘having church.’”

Moore spoke on what she saw in the youth of today.

“It’s not that they do not relate ... to God,” Moore said. “Christ has become irrelevant.”

However, Moore also warned against catering to young people in the wrong way.

“Appeal and relevance are not necessarily congruent,” Moore, who spent nine years as a youth pastor, said. “I’m afraid that we tried so hard not to look like church that we failed to be church.”

The Rev. Charles Goodman, pastor of the Historic Tabernacle Baptist Church in Augusta, similarly saw a need to keep with the times but not go too far.

“Change in the black church is like a cuss word,” Goodman said, to laughter.

Goodman spoke about how church leadership must deal with a new generation’s “Wal-Mart mentality” of essentially shopping for a place of worship, basing the decision on websites, television and the supplemental services a church offers.

Slaughter noted that today’s churchgoers, more literate than those in the past, are less likely to take preachers’ interpretations for granted.

“The preacher can no longer depend on clichés,” Slaughter said, and instead must concentrate on “integrity of the scripture.”

Goodman agreed that there should be “a shift back to biblical preaching,” but disagreed with Slaughter on why, saying that people do not know the Bible nearly as well as they did in years past.

The Rev. BeSean Jackson, pastor of Fellowship of Love Church in Fayetteville, rounded out the discussion with a look at the field of black church studies. He said that black church studies is held back by a barrier of “intellectual elitism,” and needs to be transformed by “effective novelty.”

Up Date :  Pastor Yousef Nadarkhani has twice refused to recant his Christian faith during two court hearings held on Sept 25-26.

He will again be going to court on sept 27-28 and that if he continues to refuse, he will be executed thereafter.

His Lawyer is also facing legal difficutes too.

TEHRAN, IRAN (ANS) -- Sources inside Iran say the scheduled execution Oct.24 of an Iranian pastor accused of 'thought crimes' has been delayed.

According to Jason DeMars of www.presenttruthmn.com,"Our sources have confirmed that a written verdict has not yet been delivered to brother Youcef Nadarkhani’s attorney."

DeMars says Nadarkhani is currently under a sentence of death, but authorities are delaying the delivery of the verdict in order to put more pressure on him to turn away from Christ.

"Once the written verdict is delivered, there will be 20 days to appeal to the Supreme Court," DeMars said.

Currently, Nadarkhani's attorney is being denied any access to him, DeMars told ANS.

"However, security officials have informed the courts to temporarily delay his execution until further notice. Youcef is being kept in a security prison in Lakan, Iran, which is just south of Rasht, his hometown," said DeMars.

DeMars cites an Iranian mullah, or cleric, who said: "The circles for promotion of Christianity, Baha’ism, Wahhabism, Sufism… should be eliminated with the efforts of the Law Enforcement Force as per God’s wish. The most significant psychological disease is created by these meetings and circles. They are corrupt and the biggest disrupters of the country’s security."

DeMars quotes this statement, made by Grand Ayatollah Vahid Khorasani, in a meeting with Qom province’s Law Enforcement Force commander in March, "so that you can understand their frame of mind."

DeMars said that supporters of Pastor Nadarkhani are "currently (maintaining) our course of action…to continue in prayer for Youcef to have strength to endure this pressure and suffering, and that he would soon be delivered from the hand of his enemies. Pray for the safety and wisdom of his attorney. Our greatest weapon is prayer!"

DeMars reminds readers of his blog to "remember that Esther was put in a particular position (so) that she was able to use to deliver her fellow Jews from death.

He quotes Esther 4:14:"For if thou altogether holdest thy peace at this time, [then] shall there enlargement and deliverance arise to the Jews from another place; but thou and thy father’s house shall be destroyed: and who knoweth whether thou art come to the kingdom for [such] a time as this? (Esther 4:14)."

He states: "Esther did what she could from the position God put her in. We are members of the body of Christ, and all of us are members of one another and of Jesus Christ. We cannot be silent at this time; first we pray, but second we lift up our voices to speak against this great evil."

DeMars concluded: "It has been confirmed that what we are doing is working and that the pressure that Iran is feeling is the cause for the delay in Youcef’s execution.

"Our continued course of action should be to alert our government leaders and the international media. Please alert Fox News, CNN, etc. to the situation. If we all begin to alert the media to this cause we may get some coverage of this story."

Comment by Lisa Scurry Bolden on September 15, 2011 at 1:10pm
We help with everything that churches need.  Quick and complete 501c3 status, human resource compliance for churches, outreach programs, and tax compliance for churches.  We help pastors set up a housing allowance program and medical expense programs.  We help with everything churches need to start and succeed!  For more info: http://goo.gl/TJRTP

Special offers for you on Pulpits, Chairs, Pews, Audio-Video, etc

Let bizworx!inc.help get your non-profit 501c3 approved in 60 days or less. Don't delay! The offer expires July 31st.  We are offering a special of $600 to complete the paperwork. GUA﻿RANTEED APPROVAL-FAST RESULTS-DEPENDABLE SERVICE. CALL  214-236-5998  TODAY!  or visit our website at  www.bizworxinc.com .

Shadrick Thompson said…
It's official my inspirational poetry book is done and online...
Get your copy @ www.publishamerica.com name is
W.O.W. Worthy of Worship
Instructions when U get on the site
1.Click on the tab online bookstore
2. scroll down to the search box
3. enter my name or book title
4. BE A BLESSING & PURCHASE A COPY.