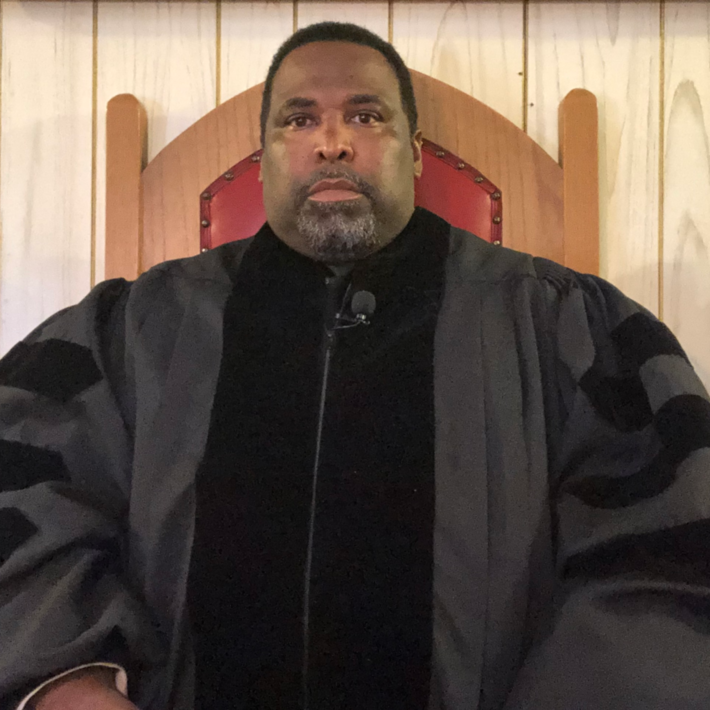 About Me: (Ministry Info, Hobbies, Fav. Music etc.)
"To this end was I born, and for this cause came I into the world, that I should bear witness unto the truth. Every one that is of the truth heareth my voice." (John 18:37)
At the age of 21,Apostle Rivers received the Water Baptism in the Name of The Lord Jesus Christ,and the Baptism of the Holy Ghost,with the initial evidence of speaking in other tongues,as the Spirit of God gave Utterance at the Highway Church of Christ.
On January 16,2000,Pastor L.J.Rivers,was consecrated to the Office of Bishop.

On March 17,2006,Bishop L.J.Rivers was consecrated to the Office of Apostle and General Overseer of The United Apostolic Holiness Assemblies International,Inc.

Apostle L.J. Rivers is Founder,and General Overseer of the Voice of Truth Apostolic Holiness Church,located at 2812 Germantown Avenue in Philadelphia,PA 19133,in the USA.
​
In Late February of 2016, The Holy Cross Church of Christ extended a Macedonian Call to Apostle L. J. Rivers, and On Sunday, March 7, 2016, Apostle L. J. Rivers preached his first sermon as Pastor and General Overseer of the Holy Cross Church of Christ.

On Saturday, June 2, 2019, Apostle L.J. Rivers, received an Honorary Doctor of Divinity Degree, for his over 30 years of Ministerial Experience, and Service to the Lord's Church.

Apostle L.J. Rivers is Presently Pastor and General Overseer of the Holy Cross Church of Christ of the Apostles Doctrine, located at 1822 Orthodox Street. Philadelphia, Pennsylvania, 19124, USAet in Philadelphia

Apostle- Dr.Patricia C.Holley said…
Well well Is all well with you have not heard from U???

Prophet/Pastor Aaron J.I. Hill said…
Peace & Apostolic Benediction~
Thank You, Apostle for requesting me..I am humbled. The L-rd bless you and keep you and make His face to shine upon thee. The L-rd be gracious unto thee and give you peace. I pray your strength sir. Shalom & Grace Abide

Jackqueline Bennett said…
Hit the devil on the head

Overseer Marquis L. Yearwood said…
Kingdom Greetings... My Name is Overseer Marquis L. Yearwood, and I'm Please to Announce that The Gathering Of Survivors Revival/Crusade Conference is coming to Your Area and I would Love For You to Take Part in this Blessed Event! Please send me your Contact Information including your Email Address so that My Ecclesiastical Office can Get You All The Necessary information that You Might Attend this Grand Time in The Name of the Lord. I'm Looking forward to Seeing You There! Shalom

Abraham Israel said…
Shalom My Dear Brother! Just A Powerful NOTE: The Name Of Our Creator As The Father is יהוה "YHWH"
and His Son’s Name is יהוה "YHWH" Note: The Father & Son Name Are The Same! (John 5:43) They Are ONE!
"Pronounced YAHWEH"
Encyclopedia Britannica
Yahweh - the God of the Israelites, his name being revealed to Moses as four Hebrew consonants (YHWH) called the tetragrammaton. After the Exile (6th century BC), and especially from the 3rd century BC on, Jews ceased to use the name Yahweh for two reasons. As Judaism became a universal religion through its proselytizing in the Greco-Roman world, the more common noun Elohim, meaning “god,” tended to replace Yahweh to demonstrate the universal sovereignty of Israel's God Yahweh over all others. At the same time, the divine name Yahweh was increasingly regarded as too sacred to be uttered; it was thus replaced vocally in the synagogue ritual by the (Jews) Hebrew word Adonai (“My Lord”), which was translated as Kyrios (“Lord”) in the Septuagint, the Greek version of the Old Testament.