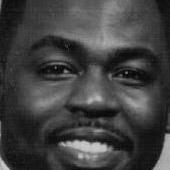 Elder Adrian Warren has not received any gifts yet

Now on to the introductions:

Elder Adrian Warren’s mother reared him in church affording him the opportunity to serve in many capacities early on.

After matriculating through Florida schools, Warren relocated to Indiana to continue his education at Purdue University. While there, he became active in ministry at Grace Apostolic Church (late Bishop Golder, Indianapolis, IN); Warren later became a member of House of Praise Worship Center (Pastor Pettigrew, West Lafayette, IN). It was at House of Praise that Warren acknowledged the “Call” to preach and began ministerial training. Later, Warren returned to Florida. He was ordained to the office of Elder in the Lord’s Church March 2006 under the leadership of Dr. W. L. Mitchell (Judah Worship Word Ministries, Intl. formerly Michell Memorial Highway Church of Christ), his then pastor and pastor of his youth. Currently, he serves as Administrator for Emmaus Christian Church (Pastor Green, Indianapolis, IN).

Elder Warren is the President/CEO of Vessel Entertainment (VE) which he considers an extension of ministry. VE specializes in brand development, marketing/promotions, event planning and management. He has contributed to the campaigns of prominent artists such as Jonathan Butler, Dorinda Clark-Cole, Byron Cage, The Rance Allen Group, Shirley Murdock and Bishop Noel Jones and the City of Refuge Choir. He has aided many well-known labels and companies, including: Tyscot Records, GospoCentric Records, Aleho International, Crystal Rose, the ND Company/Church Howse Music and Taesis Distribution.

Warren, the former Program Director/Promotions Coordinator for WMBM-AM in Miami, has aided in the planning and operation of successful events including Gospel Music Workshop of America, I Hear Music in the Air, All-Star Gospel Celebration, and Gospel SuperFest (television syndication). He has provided grant writing and program development in other business ventures.


IF THOU FAINT IN THE DAY OF ADVERSITY, THY STRENGTH IS SMALL. (Proverbs 24:10)