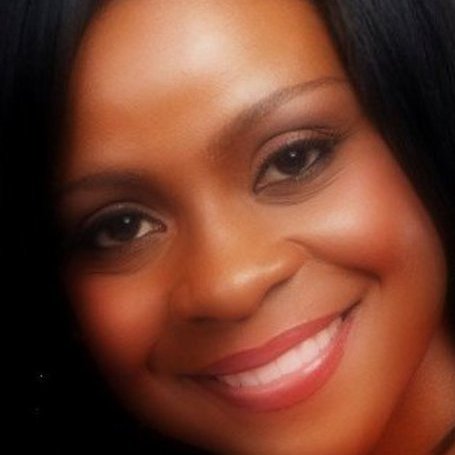 Pastor Tameka Rogers-Colbert has not received any gifts yet

Tameka Rogers- Colbert is a seeker of God’s Kingdom and Righteousness and is Pursuer of God’s presence. Her ministry as an Evangelist is the first and foremost important position in her life. She truly loves God most and has a heart to serve and lead God’s people into a higher living through Christ Jesus. She is inspired by Word of God and uses her ministry to release the Power of the Gospel of Jesus Christ into the lives of people she encounters through preaching and teaching under a twofold Evangelistic-Prophetic Ministry of healing and deliverance.
Tameka Rogers-Colbert Ministries has ministered at many women’s conferences, events and has launched life- changing Tent Revivals in Southern Georgia taking the ministry of Christ “Outside” where she powerfully preaches and imparts the word of God prophetically into the lives of people. She is the founding Pastor of Shekinah Glory International Ministries, Inc. where she teaches and preaches the Word of God to a body of believers each Sunday at 10:00 a.m.

She is the proud author of new children’s book, “See, I Can Read Too!” and founder of its website: www.seeicanreadtoo.com. Tameka Rogers-Colbert is establishing and will soon launch a children’s book series titled: See, I Can Read Too Book Collection, geared at promoting early literacy in young children. Her new book, “Woman, Let it Go!” will be release in January 2012. Both books are published through Hope of Vision Publishing, LLC.

Tameka Rogers-Colbert is also the Founder, Publisher and Editorial Director of the first ever, and new enterprise, Georgia Woman Magazine publication and its new website: www.georgiawomanmag.com . She desires to use the publication to Celebrate, Motivate and Inspire women in Georgia to Be the Best You! This publication’s first issue will be released in Winter 2012!
Within her enterprise business, TRC Publications, LLC, is the brand name for her new magazine publication Georgia Woman Magazine publication and her future See, I Can Read Too Children’s Book Collections. As a new publisher, Tameka desire to use this enterprise to self-publish and promote her future children book series, as she prepares to open a door to publish new and existing authors in the near future.
T. Colbert Youth Outreach and Scholarship Organization, Inc. has hosted scholarship pageants and scholarship talent shows for youth in South Georgia and has given away over 15,000.00 in scholarships for higher education.
Within this call of ministry, business and community outreach, God has given her a vision to host annual Women’s Empowerment Revival Conference to bring healing and restoration to their lives. She has been inspired to turn her new book title into a movement launching a Women’s Conference naming it “Woman, Let it Go!” Women’s Conference 2012! For more information on this upcoming conference please visit; www.womanletitgo.org .
Tameka Rogers- Colbert is the proud mother of two beautiful children, Jada and Destin.

The apostasy that was just beginning in the days of the first churches grew quickly as the centuries passed, eventually producing the Roman Catholic Church.  Then, came the "health and prosperity" evangelists of the twentieth century who helped build Trinity Broadcasting Network into the largest religious television network in the world.  By distorting and turning the biblical doctrine of faith into a power anyone can use to obtain wealth and healing, these con men and women have personally amassed fortunes at the expense of the biblically feeble and illiterate - who were ripe for the picking.  Futhermore, the only safeguard against such deception - the reading and obedience of the Word of God in the power of the Holy Spirit - is being systematically diluted throughout the evangelical church.  The Bible warns that just prior to the return of Christ, the apostasy will be almost complete.  That is why preachers today are obligated to be even more agressive and more divisive.

Evang. Tameka, welcome! I would like to speak with you about The Essence of a Woman Summit and the summit radio show as well. I would love to have you share with the sisterhood. Do add me as a friend so we can chat. Thanks.