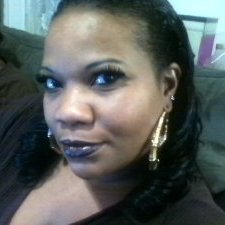 The RIGHTEOUSNESS of God's Friends

The RIGHTEOUSNESS of God's Groups

Thank U Black Preaching Network 4 Having Me

Church Name:
THE BODY OF CHRIST

About Me: (Ministry Info, Hobbies, Fav. Music etc.)
I AM EXACTLY WHO God MADE ME!! ENOUGH SAID!!

CHECK OUT MY NEWSITE http://imasurvivortoo.ning.com/

The RIGHTEOUSNESS of God's Photos Prophet Mark Eden Charles II said…
Do you need to be "Shifted Towards Your Destiny" all roads lead to 1058 East Main Street, Rochester New York Where Prophet Mark & Evangelist Taunita Charles will be preaching April 16-18, 2010. We are looking for Gods hand to move mightly show his favor and release a Glory Cloud to put us on path to Destiny. Please keep us in your prayers while we prepare for a mighty move!

Mommy Dearest said…
Thanks for the friendship! May God bless you and yours!

The RIGHTEOUSNESS of God said…

The RIGHTEOUSNESS of God said…
Daily Word: What R U let getting into Ur mind? Ur mindset is Ur lifeset? The enemy desires 2 sift US as wheat & that begins in the mind!! If HE can distort Ur mind then Ur body will follow. Keep Ur mind filtrated with the Word of God & then Satan will NOT be able to defeat U at all!! It won't STOP him(satan) from tryin...g, but he will be defenseless against U!!