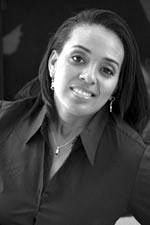 Paradise has not received any gifts yet

State You Live In:
Texas

I have been compared to the biblical character of Ruth (I am like Esther, too! For Such a Time As This!).

The name Ruth means "Friendship" or "Refreshment." Ruth was born in Moab, but relocated with her mother-in-law Naomi to Bethlehem in Judah after the death of her husband. She was the wife and widow of Mahlon; remarried Boaz by an extension of levirate marriage; gave birth to a son, Obed, who figuratively was called the son of Naomi; was an ancestor of David and Jesus Christ. She was originally a homemaker, later a maidservant of Boaz; and finally a homemaker again. She was best known for Insisting that her mother-in-law Naomi allow her to come to Bethlehem, in order that Naomi's people, the Israelites, could become Ruth's people, and Naomi's God could become Ruth's God. Ruth is the epitomy of loyalty and encouragement... just like me!!

At present, I am CEO of Paradise Legal Support & Secretarial Services (PLS3) providing specialized business support services, Paradise Management, providing artist and entertainment consulting and support services, and PLS3 Promotions, providing Marketing & Promotions. I chose "Paradise" based on Revelations 2:7. I am also Founder/Executive Director of the National Business Women Enterprise Network, a faith based, non-profit organization providing personal, spiritual, and professional development and support for innovative women who own or desire to establish their own business. Through networking, education, leadership, mentoring, and association with other like-minded individuals, NBWEN provides opportunities for members to maximize their potential during each phase of their entrepreneurial endeavors. Karen Kennedy said…
Karen Pfeifer, the host of Morning Vibes and News & Views I am looking for guests to come on my radio shows, Morning Vibes and News & Views. MORNING VIBES, PROMOTES LEADERS, MINISTRIES, BUSINESS NETWORK, COMMUNITY AFFAIRS, CREDIT UNION,FINANCIAL STABILITY, GOSPEL TALK. Morning Talk will be broadcasted each Wednesday morning 10:00 am until 11:00 am est. News & Views topics arranges from world events to community concerns. New & Views will be aired Thursdays 1:30 pm est. I have so far had a great turn out, people wanting to attend the radio show. Those of you who have responded ,you will have the opportunity to be a guest. I will be contacting you. It is important that you send me your contact information, including your telephone number if you have not. We now have a website, here is the address http://morningvibesradio.ning.com I am asking all of those who want to be on the show, and those who cannot at this time, to sign up and become a member of Morning Vibes Radio by going to http://morningvibesradio.ning.com email me at karengod4me@aol.com. You can find out what topics will be on upcomming shows and other community events across the world. You may also want to join http://womenofdestinyandpurposeintl.ning.com
http://destinyandpurposetelevision.ning.com
http://megagospelsuperfest.ning.com
http://nationwidespeakers.ning.com 
I'm starting a new coaching and motivational empowerment service called Faith Coach. It took me less then 24 months to make my first Million Dollars. If your looking for encouragement, and some MBA style strategies and principles along with faith based... teaching... Email me at yourfaithcoach@gmail.com