Women of the Old Testament and Me -Favored Grace

Courage in the face of overwhelming odds holds women of all eras and ages together. Women throughout time and the world around have possessed the intuitive ability to overcome the odds, or to accept what they cannot change. For six women in ancient Israel, acceptance and change of fortune shaped their futures and saved their lives. In my study of the women of the Old Testament, I found it interesting that there was at least one thing whether it was physical or spiritual I could relate in… Continue

The Sabbath in the Early Church and Abroad

The Sabbath in the Early Church and Abroad
By COGwriter

What day of worship was practiced by early Christians? Was sabbath-keeping only a Jewish practice? Does history show that the Sabbath was kept by Gentile peoples throughout history?

This article will look to the Bible, the practices of Jesus and Paul, and early writings to answer these questions.

Sabbath or Sunday?
Which day does the New Testament emphasize the seventh day Sabbath or… Continue

LISTEN TO ME LIVE ON BLACKSTARTUPBIZ.COM

February 4
WednesdayLISTEN WITH ME LIVE!!!
February 4, 2009 at 7pm to February 8, 2009 at 9pm – http://www.blogtalkradio.com/JERRY-BUTLER7
Hi,this is Didi Tillson,I would like to invite you to come listen with me on blogtalkradio!! Simply go to BLACKSTARTUPBIZ.COM and log on so you can click on the blogtalk radio link to listen to my ...

Organized by Didi Tillson | Type: listen, with, me, live!!!

"I AM HAVING AN AFFAIR"

I was studying Isaiah the prophet the other day, and the revelation he received from God about one who would come from the root of Jesse a prophecy that was made nearly 750 years before Christ was born of a Virgin. The early aspects of Isaiah was almost as if he was just stating the facts about Jesus and his ministry, but as time goes on it is clear to me that he develop a deep love for the yet to be born King. The later chapters of the book of Isaiah is like a love story, so deeply rooted by… Continue

There are many peaceful, non-military… Continue

"I wanted to make a difference and do something for the world to get us out of this crisis or at least give hope. People losing their jobs world - wide, businesses going under, my friends worried about their future. And I hate being broke. And I hate hearing it from my friends. I also hate seeing good people lose control and lose everything they… Continue

Almost To the Top

We made it to the top!

Back down to the waterfall.

Staying strong spiritually is not found within ourselves its in keeping on with believing in Christ. (Matthew 26:41)
God Increases Our power. Isaiah 40:29

Links of Hope and Peace in Space

The Passage of the Red Sea is the account of the march of Moses, leading the Hebrews (Israelites) on their escape out of Egypt and the alleged crossing of the Red Sea as described in the Biblical Exodus, chapters 13:17 to 15:21, so they would be able to enter the Promised Land (Canaan). The promise is made to Abraham and the descendants of his son Isaac, and Isaac's son Jacob, Abraham's grandson as they are all given… Continue

A Simple Message Of Hope And Peace For Cuba

And I say anyone can go to Cuba. Cause you gotta go see the coral reef, swim with dolphins- believe it I shook hands with the dolphins fin. I met the coolest people and very cool choreographed cool funky dancers. My Spanish is not that good but I managed with no problems at all, and most of the people there speak English. They are the kindest and sincere… Continue

"I wanted to remind people that the division is not only two countries but the world. And visiting the DMZ; the view was spectacular, and a real sightseeing adventure, looking into the past, historically and hopefully looking into the future peacefully".

Category: Current Affairs: A visit to The DMZ in North Korea.

The DMZ (the… Continue

Prophetic Germination-Breaking up your fallow ground 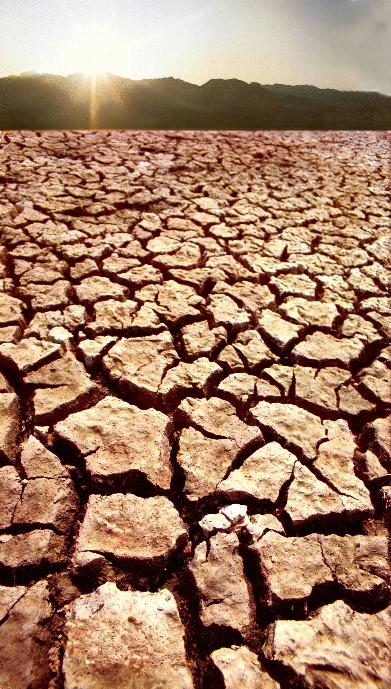 Let's begin with two definitions:
• Prophetic--supernatural communications, acts, and influences from the spiritual world and its citizens...we are talking between man and G-d. The ministry and work of the prophet of G-d. Revelatory ministry.
• Germinate(Germination)-to begin to grow or develop. to come into existence; begin. To cause to develop; produce; to cause to come into existence; create.

Many of us are in a… Continue

While I was researching, I found this site and was blessed by it. Some of you may know of this site, however, I wanted to share with you how HaShem gives gifts and the gifts are used in a creative way to… Continue

The Perpetuity of the God's Law

The Perpetuity of the Law

Where must all men appear?"
"For we must all appear before the judgment seat of Christ, that everyone may receive the things done in his body, according to that he hath done, whether it be good or bad." 2 Cor. 5:10.

In what condition are all men?
"For all have sinned, and come… Continue

"Dancing" before the Lord

Clearly the Bible speaks of Dancing before the Lord, as David did, however, what type of dancing is appropriate in a worship service should be the question.

The link below is to a video taken of a Church Anniversary celebration in the Church's sanctuary.
I would like to have comments from any and all, regarding the appropriateness of this type of dancing in a sanctuary:

I was reading something one day by Dr. Charles Stanley on Brokeness and something really hit me hard. I've decided to share...I've been hurt many times by family, friends, church and relationships with men. But I've learned that God does his greatest work in me by reshaping and realigning me for his divine purpose. When I read John 12:24-25 where Jesus compares my life to a single grain of wheat, I've learned that I must not hang on to that part of my life but understand that God is leading me… Continue

IS THIS WHO WE BELIEVE IS THE FATHER OF OUR FAITH? mmmmm You may be surprised, what and who formed the premises of our "Sacred Text". Greek Mindset vs Hebrew Mindset - Lesson Three Publish at Scrib…

IS THIS WHO WE BELIEVE IS THE FATHER OF OUR FAITH?
mmmmm You may be surprised, what and who formed the premises of our "Sacred Text". …

There's a race to the kitchen now!!!

Do you pray for those who hate and dispitefully misuse you? Not only should you pray for them, but inspite of the way that they treat you, do good to them (Luke 6:27-28). Come to realize that it is not the soul that is fighting against you and attempting to bring evil upon you; it is a spirit of evil and spiritual wickedness (Ephesians 6:12). Learn to have compassion for the lost soul, and realize that just as you once desired to be free from the evil which so easily beset you, that soul… Continue

Take your ministry to the next level

It is time to take your ministry to the next level. It is time to encourage, instruct and embrace the people of God, it is time for you to go and make disciples and send them to the nations, teaching them the precepts and the words of Christ. You have helped people that have hurt you, given money to people that promised to pay you back and they didn't. You have fed those that have been hungry, clothed those that lost it all, and prayed for people that have not prayed for theirselves, my friend,… Continue

Have you ever been in a situation where your very faith in something or someone is being challenged? You have the faith, confidence and trust, but yet there is still some unbelief, some doubt, some unanswered questions, something that just isn't settling right with you. You can’t see the good in the mess that you are in, and you even question whether or not God can hear you, asking for signs and confirmations that He hears you and will come to you. Yet you ask Him, beg Him, cry for Him to take… Continue