Walking By Faith To Clear out Debt

Join us at   KENTUCKIANA AUTOMOTIVE GROUP

you just cant joke with God

The Atheist & The Shark

There is this atheist swimming in the ocean. All of a sudden he sees this shark in the water, so he starts swimming towards his boat. As he looks back he sees the shark turn and head towards him. His boat is a ways off and he starts swimming like crazy. He's scared to death, and as he turns to see the jaws of the great white beast open revealing its teeth in a horrific splendor, the atheist screams, "Oh God! Save me!"

In an instant time is…

Gospel for unreached in North India

Greetings to you in the mighty name of our Lord and Savior Jesus Christ.  We reached the unreached people in Madhya Pradesh, North India.  God gave me a vision to reach the people with the Gospel all over India.  This is a great privilege to me as a witness for our Lord Jesus Christ in Madhya Pradesh.  Brother Harvey came along with me and helped me in this outreach.  God used us here in a mighty way.  So many people are accepted Jesus…

ASk Your Self this Question: Am I Ready To Be Placed Under A Media Microscope?

Christ's church has to get ready to do battle with the media. One way we will win this battle is by owoning the media and pooling our resources as one body of Christ; the same way slaves band together to protect and provide for each other and other's children.

What do you think will happen when wealth, extreme ownership of almost everything comes to the anointed members of the body of Jesus Christ ?…

In my church, we make video commercials for our Church members' Christian businesses, and we create annual media plans for the individual gifted artist , nonprofit and corporation. IS this what is happenign in your church? We write articles and plan event participation with media releases to create free advertisement for Christians who love God and submit to Him through God's appointed leadership.

Some churches have equipment and no one to operate…

Publicity: Does Your Church Have A Publicist ?

The media is the natural pulpit for our age, generation and modern times. If you do not use the media to publicise and maximize your publicity, please give me a call. I want to come speak and teach all of God's holy people about the media "dragon".

You as a church, as Christian business owners and individuals must begin to envision your use , power and ownership of the media. If the pastor/minister is a herald for God, a preacher/teacher, then the media is the pulpit of…

Does your church need a pastor ? Are you on the East coast ?

If your church needs or will need a pastor, interim pastor, long-term and you are leaving your church, let me hear from you.

Sing 'Till You Laugh Vol. 2 Christian Comedy and Music Explosion!

According to O'Guin,… Continue

Defining The Kingdom of God

many ask what is a Kingdom? Preachers have tried to do away with it's definition spiritually, because they have not examine  God's definition. All Kingdoms consist of territory, a king, subjects and laws. Rev. 17:8 describes a beast that comes from a bottomless pit and is ridden by a woman. Verse 12 shows the beast involved ten kings who shall receive power and unite under a charismatic leader who will take the role of the beast. This will be the 7th and last short lived resurrection of the…

Building the Kingdom with Jesus The Prospering Christians have been working with pastor Agbetsiafa Emmanuel from Accra, Ghana on a new blog to win souls for Christ.  The blog is entitled, World Victory Mission in Christ Church - The Ultimate Soul Clinic.  So far, we have sixteen followers and are expecting many…

The Word Illustrated #73--Getting to breakthrough 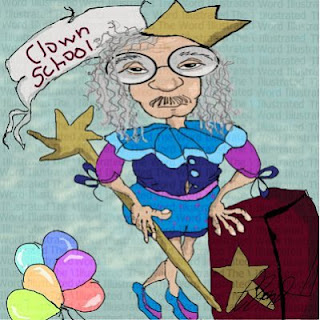 Others may ridicule and see you as a clown

Sometime ago there was a term that people were saying, which I remember from baseball… ‘Who’s Your Daddy?”  And it came shortly after Pedro Martinez went to the Boston Red Sox.  In playing the Yankees, he had a few pitching losses and so the fans began to shout at him, “Who’s Your Daddy?” And in one of his remarks, he said, “They were.  (The Yankees).”  Because…

The only true antidote for antagonistic feelings towards others seen as being unlike we are, is to realize this simple -- but largely unwelcome truth: just like ourselves, everyone -- everywhere in t…

The only true antidote for antagonistic feelings towards others
seen as being unlike we are, is to realize this simple -- but
largely unwelcome truth: just like ourselves, everyone --
everywhere in the world -- is doing the best they know how to do
with the pain that they have been given. Continue

It's Plain And Clear!

He who belongs to God hears what God says.

My first radio show on…

Anointed Works SD Presents “And Her Name Shall Be Called Maria” Epowerment Ministry; First Fruit of the Morning Intercession
and “A Stirring of the Intercessors” Conference

“And Her Name Shall Be Called Maria”
“And I will anoint and appoint her to Intercede. And out of her mouth shall come My Words; I will raise her out of…

Fearfully & Wonderfully Made Inc. is proud to cordially invite you all to our first, fundraising-conference. We are a blended for/not-for profit outfit dedicated to a global mission to aid organizations/causes already in effect to raise money to continue to do their missions, pay their bills and spread the word! So we have decided to host a conference, for men and women, where the proceeds will be donated to AARDVARC of New York (An Abuse Rape and Domestic Violence Aid & Resource… Continue

“Put on the full armour of God so that you can take your stand against the devil’s schemes." Eph. 6:11. From ancient times, the Devil has been so crafty & cunning, he's always plotted to deceive God's people & ruin them to the maximum extent possible. He deceived Adam & Eve in the Garden of Eden & spoiled their relationship with God, he didn’t stop with that- he still continues… Continue