As we enter into another harvest season, and one where "wiccans", satanists, and other pagan religions gear up to celebrate their high feasts, we can semi-celebrate the fact that we, especially the Black church, have come a long way in distancing ourselves from the customary "trick or treating", and costuming our children as vampires, fairies, monsters, and witches, but they are still very much alive, and present in the house of God. Many believers and Christian leaders tend to avoid and shy… Continue

GOD BLOCKED IT.I KNOW IT SEEMS LIKE IT HIT YOUR HEAD ON ,BUT IF GOD HADN'T BLOCKED YOU WOULD HAVE BEEN DEAD .LIKE HE SAID IN HIS WORD IN "ISAIAH 59:19".So shall they fear the name of the LORD from the west, and his glory from the rising of the sun. When the enemy shall come in like a flood, the Spirit of the LORD shall lift up a standard against him.' YOU MADE IT BECAUSE OF GOD ,NOT YOURSELF.IT WAS MEANT FOR EVIL ,BUT GOD WORK IT OUT FOR YOUR GOOD.IT WAS…

Here I am again....! You all know that I recently left a church after the Pastor sanctioned a married woman being engaged to her boyfriend without being divorce first. I decided to leave the church quietly without making any fuss. Now the Pastor and Co-Pastor are telling people in the church not to have anything to do with me. They have gone so far as to ask my "sister in the ministry" to disassociate herself with me. Those that had contacts with me on various… Continue

Matthew 27:37 And set up over his head his accusation written, THIS IS JESUS THE KING OF THE JEWS...though it was meant as a statemnt of mockery...I BOLDLY proclaim through lips of adoration, love and joy.That HE IS JESUS THE KING OF THE JEWS...MY KING! HAHAHAHA What satan meant for evil...He...God... turned to good...little did they know they were in the master plan...the Master's Plan...they were being prophetic and didn't even know it...I feel a HALLELUJAH ON MY LIPS! So when someone speaks… Continue

Word of the Lord
A Parting Has Taken Place
The Lord is speaking so profoundly in this season. There is a stirring in the area of the prophetic. The Lord has been releasing His glory upon us like never before. I just want to release what the Lord has been speaking to me.

September 13, 2009 - The Spirit of the Lord will say unto you that you have entered into a new season. (There was a strong sense of urgency released, an urgency to be in place and divine… Continue

I AM building an open bible theme park destination - an equipping place for the Body of Christ to inspire and train them to move into the realm of their specific calling and purpose. It will have a university, a skateboard park, a movie theater, outdoor sports center, Prayer Chapel/Communion rooms, kids treehouse park, a castle for high end events/weddings, a studio, an ampitheater for live theatrical (media evangelism) and concert performances as well as hosting spiritual conferences… Continue

Join Prophet Marc Richardson Every Wednesday Night For Deliverance Prayer Night. I want to encourage you to fast on that Wednesday in order to open the gates in your life. Jesus said that some things only come out by prayer and fasting. Position yourself to receive and the power of the Holy Spirit will gut you out.

EMAIL YOUR PRAYER REQUEST TO: BREAKTHROUGHDELIVERANCE@GMAIL.COM

Don't just MEET me there, BEAT me there!!

Be and Stay… Continue

“For by one Spirit we were all baptized into one body - whether Jews or Greeks, whether slaves or free - and have all been made to drink into one… Continue

Good Morning BPN family! This is the day the Lord has made , let us Rejoice an be glad in it..Psalm 68:3 said "let the righteous be glad; let them Rejoice before God: yea, let them exceedingly Rejoic…

Good Morning BPN family!
This is the day the Lord has made , let us Rejoice an be glad in it..Psalm 68:3 said "let the righteous be glad; let them Rejoice before God: yea, let them exceedingly Rejoice. In the scriptures we are commanded to express joy before our God, to Rejoice in the Lord always. I believe when you and I Rejoice in a friends good fortune, it will cause supernatural forces and miracles to happen in our lives, again I say, Rejoice!!!
If you have a testimony that you… Continue

The Wonders of Charity

The Wonders of Charity

There is no virtue in heaven, on earth or under the earth that surpasses Love. Charity is the greatest. It surpasses all. Love passes all knowledge. It is wonderful. It makes the kings of the earth and the angels of glory to marvel. Love… Continue

BLOW THE TRUMPHET IN ZION

BLOW THE TRUMPHET IN ZION

Greeting unto you In the pecious Name of Jesus- Jeshua ha Messiah.

We have not come unto you in the multitude of words, neither are we here to showcase, excellent wisdom game in association with the beloved people of God in the State of Israël, but rather to appeal to the rightfull, faithful heart of each believer. That the time has come to notice the signs of the time, with understanding event. We at blow the trumphet in… Continue

I pray you are having a wonderful day in the Lord,

Well, it is that time of year again. Time to start working on my 2010 ministry schedule. In the world we live in, we need to be fully aware and proactive in securing our children's future. That is why RMCM is on the move in making it our focus to reach 150,000 children in the year 2010 and you can help make that goal a reality. I am asking you if you would like me to minister to the children, parents and children workers at your… Continue

THE PREPARATIONS ARE NOW UNDER WAY

"Christ is our way, and we are not only alive in Christ, but we are to live in Christ; the sorrow is that we bespatter His holy way with our selfishness, and carnality, and so we miss a great measure of the blessedness which is in Him as our way." - Charles Spurgeon

"The Church has to prepare herself for this event before it can take place. The Lord will not accept a bride who is not purified and fit for the Heavenly Bridegroom." - The People's New Testament

THE KNOWLEDGE OF GOD"S WAY PART I

THE KNOWLEDGE OF GOD'S WAY

We know that whosoever is born of God sinneth not; but He that is begotten of God keepeth Himself, and that wicked one toucheth Him not ( I John 5:18 ).
Christians commit sins, of course, but they askGod to forgive them and then they continue to serve Him. God has freed them from their slavery to Satan, and He keeps them safe from Satan's continued attacks. The rest of the world does not have the Christian's freedom to obey God. Unless they come to… Continue

I Ain't Buying That!

THE FAMILY OF MS. SHELIA HARDAGE CAN VERY MUCH USE THE SUPPORT OF ANY MINSTER'S HERE WHO IS WILLING TO ALLOW GOD TO TOUCH THEIR HEART AND BE USED IN THIS SITUATION. DONATIONS OF ANY AMOUNT TO REACH A BALANCE IF 6418.00 WHICH IS ONLY THE NECESSARY ITEMS NEEDED WILL BE APPRECIATED. MS HARDAGE WAS UNINSURABLE BECAUSE OF ILLNESS SAINT'S OF GOD IM ASKING YOU TO PLEASE STEP UP EXAMPLE IF 60 PEOPLE GIVE 100 DOLLARS WE CAN TAKE THIS BURDEN OFF THIS FAMILY. THE MONEY CAN BE SENT THROUGH WESTION UNION… Continue

MAY GOD'S BLAZING FLAME OF FIRE ANOINTING REST UPON YOU TO
OVERFLOWING IN THE GLORY OF GOD. IN JESUS NAME. AMEN!

I would like to introduce you to OnTask Assistants, a global, online business support firm that provides Virtual Office Support and Creative Design… Continue 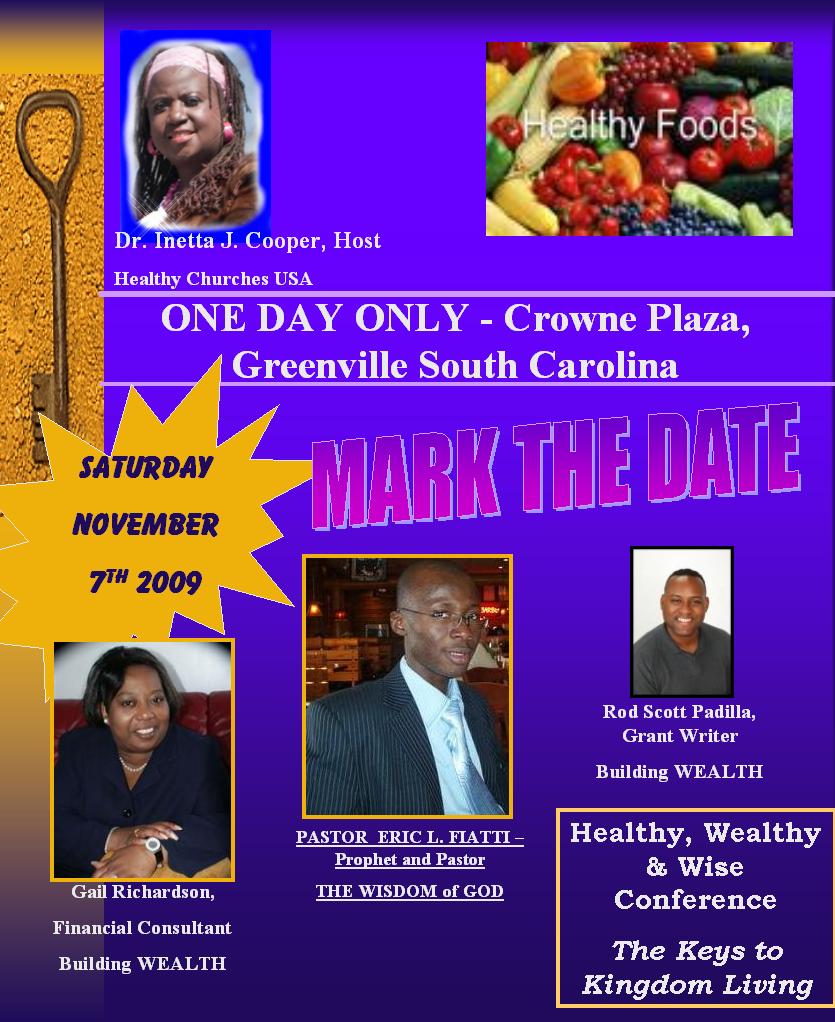