Crouch, sometimes called "the father of modern gospel music," led the choirs that sang on such hits as Michael Jackson's Man in the Mirror and Madonna's Like… 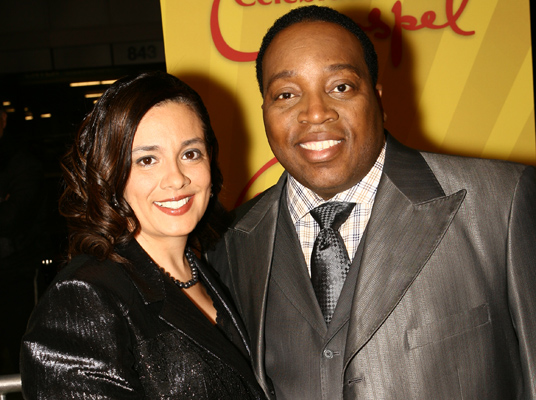 We've reached another milestone. Thank you for being a part of the family!

10,000+ Congratulations and Thank you BPN Family

I am excited to announce that we have recently crossed the 10,000 member mark. Thank you for making this journey so exciting thus far. I look forward to what the rest of 2009 shall have in store for BPN. To God be the Glory!!!

Onstage at Theatre Three: Lost in the Stars 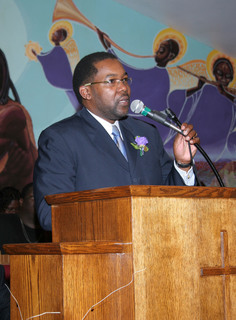 Another of God's Soldier's has gone home to be with the Lord. On Sunday, Reginal Moore, Senior Pastor of the Jeremiah Missionary Baptist Church in Milwaukee, passed away. Pastor Moore had just completed his second sermon of the day and suffered an apparent heart attack in the pulpit. We are deeply saddened by this loss and we are praying for his wife and family.

We launched the newest property in our website family today. iHelpMusicians.com is a social network where musicians can help other musicians. One of the coolest features is the "i-Finder". This feature allows the website to operate as a free Musicians referral… Continue


"Today I say to you that the challenges we face are real. They are serious and they are many. They will not be met easily or in a short span of… Continue

To all who have been asking about 2009 Advertisting rates, the BPN team has posted them.

CLICK HERE FOR 2009 RATES. We will continue working hard this year to assist you in networking with other pastors, ministries, and Christians worldwide. Our new Speakers page is going to be great because it will allow churches looking for a good speaker to find out who specializes in specific areas. Also, we can link to… Continue

We are Celebrating 5000 members

Thanks to everyone who has made this vision a joy to experience! We have big plans for 2009 and you will be part of that!

Remember to Invite your…

Lets all congratulate the ATLANTA Group... First Local Chapter to Reach 100 Members. If you are not a member of a Local Chapter, find your City or State today. If there is no group for your City/ State/ Metro Area, be sure to start a group today and invite other members on the site to join you.

For 19 years Raliegh Jones Sr. served as pastor of Greenhill Church in Clarksville TN. He was one of the biggest supporters and proponents of the Black Preaching Network. He found great pride in having a vehicle that allowed graduates of American Baptist College and ministers around the world to meet, network, and keep in touch. I will miss his words of wisdom regarding not only the website but EVERYTHING in life.

Homegoing Celebration for Pastor Raliegh A. Jones Sr. will be held 1… Continue

WASHINGTON - Hillary Rodham Clinton will concede Tuesday night that Barack Obama has the delegates to secure the Democratic nomination, campaign officials said, effectively ending her bid to be the nation's first female president.

Obama is 40 delegates shy of clinching the nomination, but he is widely expected to make up the difference Tuesday with superdelegate support and votes in South Dakota and… Continue

Please join me in lifting up our brother and fellow pastor, Mark Hardin.

You know all the brothers from ABC and the entire family here at BPN lifts you and your family in prayer. We are joyous in God's protective hand thus far and have full faith that his healing touch will continue to…

Benita Mitchell -Our 1000th Member - Let's all Welcome Her!

Well family, we have been a public website for almost a month now and today Benita Mitchell became our 1000th member. To God be the Glory....

Pastors and ministers across the country need to be informed and involved in the Jena Six (Jena 6) Case. Click the links below for the full story or to sign petition.

Please post prayers and support for Juanita Bynum and Paula White in our Prayer Forum.

Spend Time With Your Family Today

I know its tough.

I know your busy... saaaaaving the world and all.

I realize that that sermon won't prepare itself and those hospital visits are potential precursors to eulogies.

That church needs babysitting and those deacons need someone to disagree with....

And you are God's ANOINTED and APPOINTED to "Stand in the Gap"...right?