God's presence is here with me

I wrote a blog earlier today and when I was writing that God had gave me an verse today to look at as I don't know where it belong in the Bible because I am not educated in the Bible and been a worker for God in 9 years.

It was Matthew 23:11 God told me to check up and when I wrote about it I saw God's presence was coming from the right side and in to my body.

In those kind of moments as I have been in them before do I not know what to feel.

It was an emotion of fear mixed with happiness and wondering what will happen in that moment he entered my body but nothing happen and I finnished the blog.

God have start to move very much now in my life.

I could be in the car in 2 laps but then I felt me ill and wanted to puke but I didn't as we stopped before I puked so no man saw that I couldn't take those curves and hills in high speed. 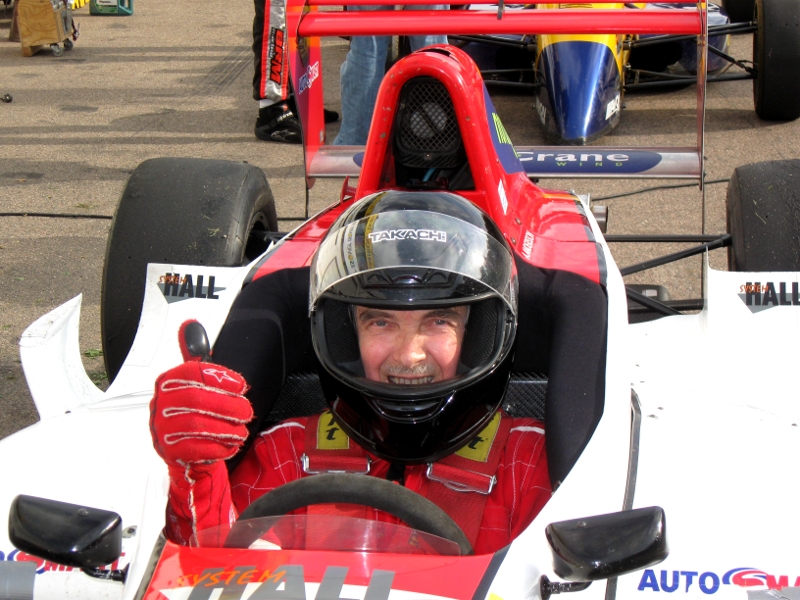 I knew for sure that God heard what my Doctor said in the day before I read my ex. mail because she said she wanted to bring me in at the hospital for one week.

And I said to God inside me that I had not Leif my ex to take care of my cats like he did before when I was in the hospital.

So it was like God brought him back to take care of my cats because I didn't knew that Leif should drive the racing car at that date.

Last Saturday took Leif me to my first Ice-hockey game ever in my life. I wanted to go to see how it looked like to be close to ice-hockey player and our team belong to the best in Sweden and Sweden is one of the best nations in ice-hockey.

But now had Leif all his tickets paid and his own seat and I had none. He said he shouldn't stay at the game if I couldn't get a seat. But when we should buy me a ticket was it a man before us and I heard him saying that his friend was ill so he couldn't go at the game and so he ask if he could get the money back for that ticket but they had no refund.

He could have only destroy it or walk away angry with the ticket but this man gave the ticket to the chasier and she gave it to me so I could get me a seat because it was full the arena and no seat was for sale but I got it anyway and I sat only 3 row under Leif so we could do signs to each other.

I asked Leif if he saw what God did for me..... Leif do not believe in God so I try to make him see God's presence when we are together.

It have happen some Godly things when Leif have been with me and I can tell he is not so sure that God doesn't exist.

I have got a new apartment, only the day after I got the mail from Leif and told him to not think that I use him to help me only.

I am moving in to a better apartment November 1.

My cousin and her husband died for 2 weeks ago and I was so sad and angry at my cousins, my cousins sister that knew I was a healer and haven't either told me and maybe not my ill cousin about my gift.

I know my cousines do not believe in God so my sick cousin maybe knew about me but didn't believe in healing.

I was going into a deep depression but only after 3 days God healed me......

It was when I was to the hospital in another city and I always before leaving do rest in a small chapel in the hospital.

A woman come in there very pale and she told me she had cancer. I asked her if I could put some of my energy on her as I was a tool for God.

She said Yes and after she looked up and in my face so surprised and said that I had such hot hands so I knew the healing hit her even if I don't felt me warm in my hands.

Then back home and at my computer, did it start rining in my telephone and I knew of some reason that it was not my daughter that was the only one that new my new telephone number and my telephonehad a secret number.

It was a young man voice and he was selling electricity power to my apartment.

In our talk did he said " thank you God " and that is very rare in Sweden someone saying that. so I ask him once again what he had said.

I asked him if he believed in God nd h said he did after his grandmother had passed away.

He asked me if there was a life after death and some other things in the Bible.

He got problems because he wasn't allowed to talk to me in private so his boss come but I said he should take my telephone number and call me up at home.

He was very happy and I am waiting for him to show up.

I wasn't depressed anymore because God gave me another man and a woman to heal when I couldn't heal my cousin. I can't be responsible for my cousin had not find God because we had not seen each other for 40 years when I find my relatives in this spring.

They had not asked for me in 40 years, it was I that find them and they don't speak to me today either.

My cousin husband was waiting for his wife since 39 years and when she said that it was her last day alive, they took her husband to her bed and they was laying together and died together.

She was a major of the city, a small city called Vallentuna close to Stockholm. He had his own import business but all their money couldn't give them more time here on earth.