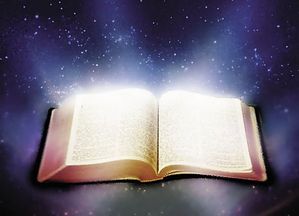 What does the Bible mean by “do not touch”

Again it is well to clearly define what God means when He says “Do not touch….”. Does touch mean physical injury or verbal opposition?

When God told Saul (His anointed) to “Smite Amalek, and utterly destroy all that they have, and spare them not...” (1 Sam. 15:3) Saul disobeyed and “spared the best of the sheep and of the oxen, to sacrifice unto the Lord...” (v.15). Upon which Samuel wasted no time in publicly denouncing Saul’s disobedience, telling him that “rebellion is as the sin of witchcraft”. (v.23), and that God had rejected him as king. The Lord’s ‘anointed’ was verbally condemned by Samuel for his disobedience.

David who was anointed before God took away Saul’s position refused to touch Saul physically. When David and two other men sneaked into Saul’s camp at night one of the two men asked to strike Saul with a spear as he felt God had delivered Saul into David’s hand. But David refused and said, “Who can stretch out his hand against the Lord’s anointed, and be guiltless?” (I Sam 26: 3-11). In verse 15-16 David even rebukes Abner for not guarding Saul and says he deserved to die for not protecting his master.

However this does not stop David from rebuking Saul for pursuing him since he was innocent and had done nothing to harm Saul. Saul then repented of his actions and called himself a fool. He added he would not harm David any more since his (Saul’s) life was precious in David’s eyes. David returned Saul’s possessions and said, “For the Lord delivered you into my hand but I would not stretch out my hand against the Lord’s anointed.” (v. 17-24).

The story of Saul ends with David kept from the Battle that Saul and Jonathan lost their lives in, instead he fought the Amalakites. An Amalakite messenger came back with torn clothes and dust on his head showing he was in mourning, David inquired of him and he told David he killed Saul. “So David said to him, “How was it you were not afraid to put forth your hand to destroy the LORD's anointed?” Then David called one of the young men and said, “Go near, and execute him!” And he struck him so that he died. So David said to him, “Your blood is on your own head, for your own mouth has testified against you, saying, 'I have killed the LORD's anointed.’”(2 Sam 1:13-16).

The Bible makes it clear... to touch the anointed means to bring physical harm and/or death.

“Saying, ‘To you I will give the land of Canaan as the allotment of your inheritance,’ When they were few in number, indeed very few, and strangers in it. When they went from one nation to another, from one kingdom to another people, “He permitted no one to do them wrong; yes, He rebuked kings for their sakes, Saying, ‘Do not touch My anointed ones, and do My prophets no harm.’” (Ps 105:11-15)

Again we are told that God protected His anointed (Israel) and His prophets from the enemies of Israel who would have done them bodily harm.

Are there any ‘anointed’ persons today?

“Now He who establishes us with you in Christ and has anointed us is God, who also has sealed us and given us the Spirit in our hearts as a guarantee” (2 Cor. 1:20-22).

“But the anointing which you have received from Him abides in you, and you do not need that anyone teach you; but as the same anointing teaches you concerning all things, and is true, and is not a lie, and just as it has taught you, you will abide in Him.” (I Jn. 2:27).

These verses are unambiguous ...The entire body of Christ is ‘anointed’, not just certain people in the body, and all Christians have the same anointing… the same Holy Spirit.

Too many evangelists to day use Bible threats such as “don’t touch God’s anointed” or “You are blaspheming the Holy Spirit” in an effort to silence critics who expose their false gospels and un-Scriptural teachings. They claim the critics are speaking against a ‘Man of God’. This bears a striking resemblance to the situation in 1 Samuel where Saul, whose position was threatened, pursued the man who was innocent. Moreover when David became king he accepted rebuke and correction from Nathan the prophet. He did not say, “don’t touch God’s anointed” to protect himself.

Incidentally ‘blaspheming the Holy Spirit’, if read in context, referred to those that insinuated that Jesus’ miracles were performed by Satan. It has nothing to do with questioning another man’s doctrine, claims of healing etc.

When someone says they are “anointed” or “led by the Spirit” but consistently teach contrary to the Word in its accurate context, you can be assured that they’re not being led by God’s Spirit nor is the truth in them.

Furthermore if you are really anointed you don’t have to make threats since it is God who protects His anointed, “Now I know that the LORD saves His anointed; He will answer him from His holy heaven with the saving strength of His right hand. Some trust in chariots, and some in horses; but we will remember the name of the LORD our God” (Psalm 20:6-7).

Interestingly Paul, who was questioned, never once hid behind “Touch not God’s anointed” or “do my prophets no harm”. On the contrary he applauded the Bereans and called them “noble” for checking Scripture to see if what they were being taught was truthful. If someone is truly anointed, they would want to encourage people to discern what is true and what is not. They would encourage people to pursue the truth no matter what.

Sadly there seem to be few Bereans in our church today. People are quite willing to tell others not to touch the so-called anointed but never spend the time to open their Bibles and see if there is any validity to the claims of critics. It is so easy in this day and time for the purveyors of false doctrines to quote a verse of Scripture and have their listeners swallow it hook, line and sinker, little realizing that the verse is way out of context and their interpretation of it is far removed from it’s original meaning.

But to find out what is true or false they must look into the matter and hear both sides and test both arguments by Scripture before they make a final judgment. “The heart of the prudent acquires knowledge, and the ear of the wise seeks knowledge” (Proverbs 18:15).

Another common protest thrown at those who take a stand for the truth is that we are not supposed to judge. However there are innumerable verses in the Bible dealing with false teachings and refuting the errors. [See Section Judge Not?] Hebrews 5:14 tells us that mature believers, those who are of “full age,” are those who by reason of use have their senses exercised to discern (judge) both good and evil.” In 2 Timothy 2:17 Paul not only warns of the heresies of two men, he also names them. Jesus Himself said: “Do not judge according to appearance, but judge with righteous judgment” (John 7:24). “holding fast the faithful word as he has been taught, that he may be able, by sound doctrine, both to exhort and convict those who contradict” (Titus 1:9). “That you may charge some that they teach no other doctrine” (1 Timothy 1:3).

“He who justifies the wicked, and he who condemns the just, both of them alike are an abomination to the LORD” (Proverbs 17:150