check out the summit, then lets talk. 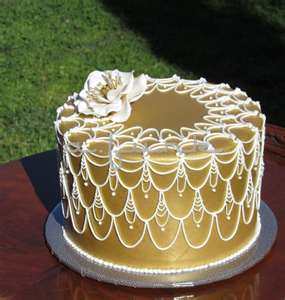 William J. Bass said…
Hello,
This is pastor William J. Bass, senior pastor of Praise Covenant Christian Center in Springfield, VA. Please ck out our all new 24/7 online gospel radio station called Praise 2 Go Radio you may log on at www.praise2go.com
After you ck it out, please e-mail me bk at ptriplec@aol.com with your thoughts and or comments. Be Blessed

Welcome and if desired Visit us at www.christianfellowshipworldwide.com

18And Jesus came and spake unto them, saying, All power is given unto me in heaven and in earth.19Go ye therefore, and teach all nations, baptizing them in the name of the Father, and of the Son, and of the Holy Ghost: 20Teaching them to observe all things whatsoever I have commanded you: and, lo, I am with you always, even unto the end of the world. Amen.

Barbara B, MBA said…
Welcome to the BPN Prophetess Bailey,

I'm expanding my friendship base and would like to professionally connect to other like-minded individuals. Please add me as a friend.

P.S. Our fundraising program is off the hook.

In this world God has given His tools to some specific people to used to bless others may glory and honour be unto God that He has given His Servant Apostle Paul Johnson Asamoah unto the general world for people to reach him with their problems for God to bring solutions to them and through God’s Prophetic, Covenant with God, much more, thousands of people were blessed, today it is your turn to reach God’s servant Apostle Paul Johnson Asamoah through his contact : 233-21312004/233-244657468 and Email: paulasamoah@yahoo.com
Now the report!!!
1. A woman by name Gloria called from the state that her brother went to the America Embassy for ten times but nothing has been done, and this woman who has called for prophetic direction from God given to Apostle Johnson Asamoah and through that her brother received the Visa, glory and honour be the unto God.
2. A sister by name Jackie called from the Uk She was complaining of how to get a permanent stay in the uk. She contact the servant of God that is Apostle Paul Johnson Asamoah for a prophetic direction After the prophetic direction has been given this sister who had no where to sleep was given a flat free of charge, then monthly payment, glory and honour be to God for that, that was not all her story. She was arrange to attend a court case. The NIGHT BEFORE the Court CASE, SHE CONTACT THE SERVANT OF God and Apostle Paul Johnson Asamoah told her that the court case will be cancel and the following day when she got to the court it was confirmed there, glory and honour be to the almighty God. www.jesusfm921.com
Here’s what they don’t get. The evil-one is doing everything he can to silence the mouth of God. Those of us who carry the name of Christ are his ambassadors and our job is to carry His Word into hostile territory. If they silence the mouth of God’s people they in essence silence the mouth of God. God works through His people, but God’s

PROPHET.UBONG OKON JAMES said…
hi beloveth,nice having you online.let be partners in gospel moreso help propagate GOD word on SALVATION messages to assist all de lost soul to get back from their evil ways.thanks Prophet Ubong Okon James +2348063246776 or gdwgchurchint@yahoo.com

Benjamin Okoroma said…
God will make you to flourish like a palm tree.Add me as a friend

Welcome to BPN!  If you need help with uploading pics or placing content on your page, I'll be happy to help. I want to let all of my friends know about the new Natural product that I'm promoting. I'm a Distributor for a Company that has Herbal and Botanical Applicators (absolutely no chemicals) that helps you to lose inches within 45 minutes and they help you to lose the weight and keep it off, naturally.  Use one Applicator every 72 hours and use the Defining Gel everyday for beautiful skin. It's not only for people that want to lose weight but it's also good for smaller people as well because the products detox, firm, tighten and tone. I love the products because they are all natural and God is Nature! To me the products are a God-Send because I've struggled with my weight for many years; perfect for Men and Women! The products are helping me, so now I'm sharing it with others. Please contact me for more info, thanks!
~EarthAngel~

Hey Family I look forward to reading your post and sharing good times online. Don't be a stranger and if you get a chance we would love your support with our music. If you are looking for new music check out my website at www.fdeweb.com:
Get 2 MP3's Free from Mz. Roshell - Click Here

Get Mr. D-Note's Entire Album - Top Back! (12 Song Album Free) Click Here(DownloadFree MP3's & Tell us what u think), a lot of people have been loving Mz. Roshell's latest CD and it is available on Itunes, Amazon MP3 or in CD Format.

Anywho thanks for stopping by and stay blessed. We also have Music Videos that you can see on Youtube at www.youtube.com/frankydent

thomas A. Hall said…
can you please give me a word from the lord concerning my marriage!! and what too do please...