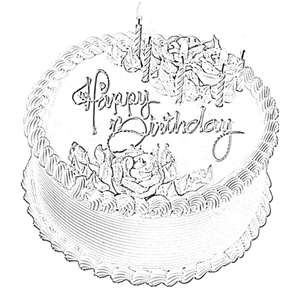 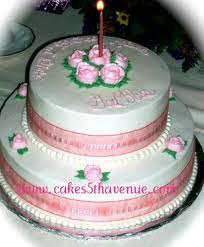 Tracey Strother said…
Visit Gospel316 GOSPEL316.COM; home of the new TV show, “Gospel316.” Join us in a celebration of faith and independence; as we launch the “Gospel316” Showcase Series! Gospel316 features independent gospel singers from around the world; and this weekly program will start airing this fall. Check the Gospel316.Com site or your local cable listings for program times and details

Joy Barnes said…
Hey Sister,
I just stopped by to say "I LOve YOu"

Pastor Glenn Rogers Sr. said…
To all that has an ear to hear; let them hear about the good news on transfer factor.

The Lord wants you to listen to this call !!

It is important to your people that they know about this to help then to get well.
Lets cut down the numbers on the prayer list and in the obituary column.

I had a private dinner at home of the world's foremost gynecological/oncologist Dr. Duane Townsend in Salt Lake City, Utah (He co-authored the book that they use to train gynecologist.)

Joy Barnes said…
Wow! that was really sweet, you made me cry. I love you too

NaTausha Payne said…
Thanks Deaana! You are sooo precious. I have to do better with communciation on this site. :-) God bless you...

EvangelistA said…
Thank you..Beautiful! You are such a gift and blessing to me! I pray all is well and that you know you are loved...loved..loved!
Muah!

Bro. Steve Harris said…
Hello there hope you are well and you add me as a friend. Hey I have some information about our Church Growth Conference here in Los Angeles in Jan and would love for you to come out...www.churchgrowthdvd.com, let me know..!!

NaTausha Payne said…
Woman of God... your brokeness in worship produces such an authenic and pure release of God's presence. Thank you for your total surrender to God. He has certainly not forgotten you. Thank you for accepting my friendship!

Gegory Twiggs said…
Hello my dear sister. I need to thank you dear. Because out of all that I do with those graphics, your the only one that's written back so far with anything to say that was encouraging. And for that, I thank you! Now may God open a window for you so wide that you need me to help you receive it. BLESS YOU DEAR !

Apostle, Darryl J Udell Sr D.D. said…
That's one of my favorite songs. We sing it at our church.


Why Go To Church
A churchgoer wrote a letter to the editor of the newspaper and complained that it made no sense to go to church every Sunday. "I've gone for 30 years now," he wrote, "and in that time I have heard something like 3,000 sermons. But for the life of me I can't remember a single one of them. So I think I'm wasting my time and the pastors are wasting theirs by giving sermons at all."
This started a real controversy in the "Letters to the Editor" column, much to the delight of the editor. It went on for weeks until someone wrote this clincher:
"I've been married for 30 years now. In that time my wife has cooked some 32,000 meals. But for the life of me, I cannot recall the entire menu for a single one of those meals. But I do know this: They all nourished me and gave me the strength I needed to do my work. If my wife had not given me those meals, I would be physically dead today. Likewise, if I had not gone to church for nourishment, I would be spiritually dead today!"


Jesus and satan had an argurment as to who is the better programmer.
This goes on for a few hours, til they come to an agreement to hold a contest, with God the Father as the judge.
They set themselves before their computers and begin.
They are given the task and begin to type furiously, lines of code streaming up the screen for several hours straight.
Seconds before the end of the competion a bolt of lighting strikes, taking out the electricity.
Moments later the power is restored and God annouces that the contest is over.
He ask satan to show what he has come up with. Satan indignantly protests.
I have nothing, I lost it all when the power went out.
Very well than says God, let’s see if Jesus fared any better.
Jesus entered a command and the screen came to life with a vivid display.
The voices of an angelic choir pour forth from the speakers.
Satan astonished, he stutters, b-b-but how?
God chuckles, satan, when are you going to learn…Jesus saves !