I am Mr. Godson a Nigerian but resides in Senegal, i would like to know about you and to shear gospel with you. wish you all the best while waiting to read from you God be with you

Kingdom greetings. How is the work of God in Canada. I will be there on vacation soon.. Cheers!

SAMUEL WECHE OKWAYO said…
Greetings
Am grateful to God at his amazing works and Grace. I pastor several churches in Kenya: Voice To The Nations Worship Center. I have been in full time ministry since 1992. GOD has given us grace to reach nations through evangelism, outreaches, Crusades and conferences.
He has always a portion for all of us. Am looking forward to knowing you better and giving invitation to my nation for great life changing meetings.
I live in the city of Eldoret in Rift valley province of KENYA.
Am maried to my beautiful wife in the whole world JACKLYNE & with a son pastor JOSHUA. I have the grace to travel around and be a voice to the nations. I do also teach in the International Pastoral Training College for pastors here in Kenya.
Lastly but not least What God can do no man can do!
Pass our sincere love to your family and God's people. Please sent me your email for more coordination.
Have a wonderful & glorious service.
You look a whole better in the future than you look right now. The BEST is yet to come
Amen
Write me back.
My church mail is vttnekenya@gmail.com and myne samweche@yahoo.com
Bishop Weche

I would like to be your friend through this website. We are doing ministry in India. Our ministries are mainly focused in the remote villages where there is no single church. I invite you to visit India and do ministry with us. We will arrange the Pastors conference and meetings for you. Please pray for my family and ministries. We will uphold you and your ministries in our prayers. Please reply to my email id.

Shufrounia Castleberry said…
If you are in need of any assistants in Deliverance, Miracle/Healing or Evangelistic Ministry I am available.
I have added God's Miracle/Healing Testimony.
View all of my blogs at Blackpreachingnetwork
May God's Blazing Flame of Fire Anointing Rest upon You To Overflowing In The Glory of God. In Jesus Name. Amen!
KEEP RUNNING FOR JESUS HEBREW 12:1

MINISTER RAISED FROM DEAD
About five years ago during our watch night service our guest speaker came down out of the pulpit looking very pale. I said to her, you don't look like you feel well. She stated I don't feel well. I ran to the kitchen to get her some grape juice her tongue barely touched the juice. She layed her head on my shoulder and died. I was praying for her health and now we as a church was praying for God to raise her from the dead.
Her body became blue and then gray. It became so cold that I could no longer touch her skin any more. My hand would stick too her skin like ice. We had two nurses on staff that night, and they both took her pulse and said she's gone. We did not give up. We continued to pray for her. After three minutes without oxygen your brain is dead. After 45 minutes of praying God breathed into her lungs a fresh breath of life, and she stood up, and began praising God all over the church.
She gave a testimony and stated that she felt herself when she died. Now it is almost 1:00 A.M. in the morning. She had driven herself to church. We offered to drive her home. She said no I will drive myself. We insisted on driving her home. She still said no. She lived nearly an hour drive from the church. Although she would not let us drive her home we followed her all the way home.
January 2010 I saw this minister and she is doing well. PRAISE GOD FOR MIRACLES! HE'S A MIRACLE WORKING GOD. I GIVE GOD ALL THE GLORY!!! THANK YOU JESUS FOR BEING SO AWESOME!!!!!!!!!
Healing Hearts for Jesus
Anointed Minister Shufrounia Castleberry
www.freewebs.com/healingheartsforjesus/
anointedminister@bellsouth.net

PROPHET MARLON J. BAKER said…
BLESSINGS ON YOU MAN OF GOD... THIS IS OUR KYROS MOMENT, LET'S WALK INTO THIS SEASON OF THE SUPERNATURAL TOGETHER.

Rev. D. M. (Sista' Joy) Foster said…
God Bless You, Rev. Otura,
Thank you for inviting me to be your friend. I am honored. When I saw you are from Canada, I remembered when I lived in Montreal for a month. Loved it.
Also visited Quebec and stayed at the Chateau Frontenac. . .Just love Canadian people. Very warm.

I look forward to our fellowship. It's so nice to communicate with others who love the Lord, and labor in the vineyard. Peace Be With You.

Please accept my invitation to add me as a friend and connect with 26,000+ black professionals that are supporting each other's businesses. It is a powerful group with lots of benefits and opportunity to connect with other powerful black professionals and their families all around the world. We have officially launched this past weekend we are expecting the scope and the reach to explode over the next several months.

This is one of the hottest, new websites on the Internet, called www.globalblackbusinessnetwork.com. Black people are uniting to network and support black businesses. It's really great. If you're ready to be a part of a movement that will create wealth in our communities (that means you) I encourage you to click on the link, JOIN and list yourself (for FREE) for exposure and reach for your products and/or services. This is also an awesome resource to find and buy black products/services from black professionals (join for FREE). Visit the site and check out the businesses where brothers and sistas are part of this GROWING movement to "Buy Black".

P.S. I attended the official launch and had the opportunity to try the following products:
Ebony Secrets Miracle Skin Conditioner is a powerful, new, skin-toner conditioner that reduces acne, blemishes, razor bumps, burns, stretch marks, cellulite and more. All natural, alcohol free, complete skin conditioner for men and women. Apply 3-times per day for first week, 2-times per day afterwards. Start seeing results in as little as 3 to 5 days! You MUST TRY this amazing, new product.

Health Conscious Coffees has Gourmet Green Tea Latta combines green tea, non-dairy creamer, sugar, natural guarana, and the Ganoderma plant extract for vitality. The result is a fantastic beverage, packed with energy. If that's not enough the Café Latte and Café Mocha Coffees (come regular or decaffeinated) will blow you away - I'm not a coffee drinker but I can't get enough of these products. Drinking coffee and tea will never be the same after this experience.

God's peace and abundance to you and your family.
Prophetess Gwen 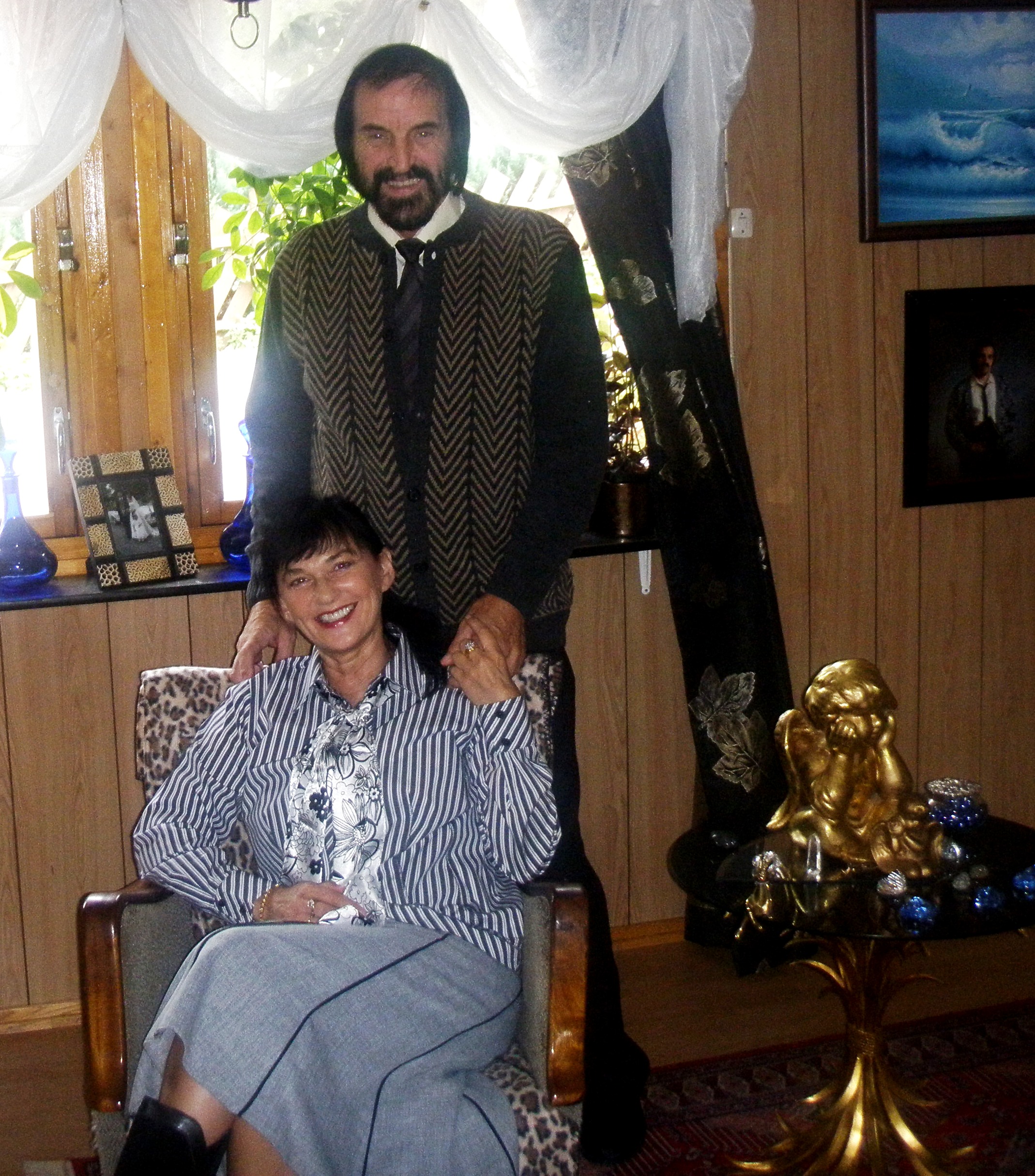 Thank you for accept my as a friend, God bless you We are living in Norway and God spoke to me after 40 days of praying and fasting; you have to move to Sweden and preace the gospel.
We are moving outside of Gothenburg in October.
God bless you from Prophet Per Einar and prophetesse Aina Jensen.
PLEASE PRAY FOR US.
Me and my wife were in India in april 2009 for miracle and healing crusade, se the vido in our website http://www.mirakeljensen.com.
Next year we will travel to India and Africa for bigg Crusade, many souls will be saved and masses of miracles and healing will occour. We have en bigg God in Jesus Christ, amen.

Rev. Otura, thank you so much for accepting me as one of your friends.Rev. Otura, be assured that we're praying for you and all yours. Rev.Otura, please extne your ministry over here in the Philippines and i am very much willing to with you.Rev.Otura , looking forward to hearing from yoiu again. Love you all.

Abraham Israel said…
Shalom, My Good Dear Brother! I appreciate you giving me your time to touch on Biblical thoughts and then also to share with you some of my study and research. Moreover, I want to mentioned to you the type of books that would be a must have in considering to formulate your Biblical Library. Moreover, these are some of the books that would cause one to move from a comfort zone, to an intense Biblical High! Praise Yahweh! Now these are some of the books that are recommended:

1. Strong's Exhaustive Concordance of the Bible
2. King James Hebrew/Greek Key Word Study Bible
3. Inter perter Bible Dictionary(set of 5)
4. Vine's Complete Expository Dictionary of the Bible
5. Webster's Collegiate or Random House Dictionary
6. Synonym Finder by J.I. Rodale
7. Guinness Book of World Records, copyright 1985
8. Jerusalem Bible
As a Note: The Guinness Book of World Records talks about the letters "J' and "V" as being the newest letters added to English Alphabet, which is post Shakespearean 1630. So the letters "J" and "V" are only 379 years old. Also In The Hebrew /Greek There Is No Letter "J" Take These Bible Tools And Look And See; All "J"s Are a "Y" And All "V" Are a "W" In The Hebrew: Praise Yahweh! We Can Do All Things In Yahweh! It Is A Wonderful Time For Us To Be Here This Day! Note: Most Rev, Preachers, Evangelist, Churches, Artists, Ministries, Prophets, Prophetess, Men And Woman Who Say They Have Been Call By The Most High God Yahweh, Don't Even Call Him By His Real Holy Name; And On Top Of That, Those Who Know Want Even Tell Those Who Don't Know, His Real Holy Name Is YHWH Which Is YUD-HAY-WAW-HAY That Saids "YAHWEH". Look It Up: For Yourself "YHWH" And Then Tell The Truth, If You Are From The God Yahweh Of The Hebrews And Bible, Ex 5:3, Ex 9:1, Ex 9:13, When You Know The Truth Tell It And It Will Set You Free! Praise Yahweh! Great Are U! Note: Gather as Many Different Bibles and Dictionaries to HELP Build Your Library. Praise Yahweh!
Blessing! Your Brother Abraham

Prophet Prince Gyamfi Adjei said…
nice to see u. i want us to network .

I am happy to be your friend through this website. We are doing ministry in India. Our ministries are mainly focused in the remote villages where there is no single church. If you would like to visit India and do ministry you are most welcome. Please pray for my family and ministries. We will uphold you and your ministries in our prayers.

I am the senior pastor of HARVESTER CHRISTIAN CHURCH-PHILIPPINES. Please accept me to be one of your friends. Please visit us here in the Philippines to hold CRUSADE, REVIVAL AND CONFERENCE. Love you all.