And the Wise Men Gave Gifts: What's Inside Your Bag? 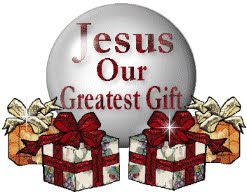 (v1) Now when Jesus was born in Bethlehem of Judea in the days of Herod the king, behold, there came wise men from the east to Jerusalem.
(v2) Saying, Where is he that is born King of the Jews? For we have seen his star in the east, and are come to worship him.
(v 10) When they saw the star, they rejoiced with exceeding great joy.
(v11) And when they were come into the house, they saw the young child with Mary his mother, and fell down, and worshipped him: and when they had opened their treasures, they presented unto him gifts; gold, and frankincense, and myrrh.

Who were these wise men, these gift givers? They were outsiders, Gentiles called Magi or Magicians. They were from Persia, modern day Iraq. Magi among the Persians were their intellectuals, philosophers and priests. Persia and the eastern nations were known for their star gazing, astrology, and idol worship. God in his infinite wisdom and sovereignty spoke to the Magi in a language they could understand, their language of the stars and drew them from afar, some 800 miles to worship the newborn King. You should be shouting right there because the Bibles says that at the name of Jesus, every knee shall bow, that means every astrologer, magician, and soothsayer, too, and every tongue shall confess Jesus as Lord!

No doubt their gifts were wrapped with beautiful bows and ribbons of multi colors, cut from the finest cloth. To them, money was no object. Can’t you hear the rapper, Fabolous, “Just throw it in the bag!... Look at the price tags? Where they do that at? We're from the P-E-R. Where they do that at? Just throw it in the bag!” They traveled, following the extraordinary star, to present their best to the newborn King, money and products from their far-away country, gold, frankincense, and myrrh.

Some commentaries suggest they offered gold as tribute to the King in Jesus, rendering to Caesar that which was Caesar’s; frankincense to the God in Jesus, for God was often honored with the smoke of incense; and myrrh to the Man in Jesus, that should he die, the myrrh could be use to embalm him. The wise men gave gifts to the King of Kings and Lord of Lords!

I stopped by to ask, what’s inside your bag? What are you giving Jesus for Christmas? Will you give Him your time, talent and treasures?

God has given every Christian at least one gift to bring, a spiritual gift. First Peter 4:11 states, “Each one should use whatever gift he has received to serve others, faithfully administering God’s grace in its various forms” (NIV).

Ephesians 4:7-8 tells us Jesus, the Perfect Gift, has given gifts to men. Our gifts have been given “for the perfecting of the saints, for the work of ministry, for the edifying of the body of Christ” (v12). He didn’t save us to sit. He saved us to serve!

Even if some of your gifts appear to be a mystery to you a little while, your gifts will find you out. Your gifts will make room for you. Has anyone come up to you lately and said, “You’re good at that!,” “You should consider doing such and such in the church?” Those are quite possibly times when your gifts are making themselves known.

Stephen (Acts 6-7) was the first disciple martyred for the faith in the New Testament. Stephen’s gifts were known to the multitude. And so, Stephen was voted into office as deacon. Stephen was one of the seven men chosen to assist the apostles in the administrative affairs of the early Jerusalem church. He is most noted for his outstanding character, faith, wisdom, courage, and willingness to contend for the faith against false accusation and fierce opposition. St. Stephen Church is named after Stephen.

Stephen, a wise man gave his gifts to the King!

In addition to these gifts, Stephen was fine! He had it “going on!” In my sanctified imagination, he had to have looked like Denzel Washington. The Sanhedrin crowd could not help but stare at him when he spoke because “they saw that his face was like the face of an angel (chapter 6:15). What's in your bag?

I know, some of you are saying I have no money. I have no job. I can’t afford Gucci, Lou Vuitton. I’m like the Little Drummer Boy and Alicia Keys singing “Little Drummer Girl” where she says, “Christmas is lost. I have no gifts to bring to lay before the King. Br rump, pa, pa, pum. It’s just me and my drum!” The Bible says, my brothers and my sisters, by the mercies of God, present your bodies a living sacrifice, holy, acceptable unto God, which is your reasonable service. Bring discernment, evangelism, and giving; bring hospitality, intercession, and knowledge; bring pastoring, teaching and writing; bring your musical gifts, vocal and instruments.