Permalink Reply by Rick R. Kenney on August 12, 2010 at 1:57pm
The Scripture is clear that christians are responsible for taking care of those in the body of Christ, the same as the poor, the widow and the homeless. In the end all peoples motives will be revealed - as the first century Pharisee, Gamaliel wisely observed you may be "fighting against GOD". (ACTS 5:38,39) follow on Twitter @ApostleRick

Permalink Reply by ShekinahLife on August 12, 2010 at 6:04pm
Mr Kenny writes~........................Gamaliel was wisely using the Torah and Talmud and the Received traditions ( Kaballah) as his position of wisdom to encourage the other Talmidim that to fight against the will of Ha'Shem is outright foolishness.
But to follow useless fables handed down from Rome that can clearly be disputed as a false doctrine by their own words and given permission to see that information by no less than Pope John Paul of the Vatican to explore the historical archives of the Ecol Biblique in J-Lem... Rips it all apart. But they like a Billion people bowing down to Idolatry every generation
Rome once ruled with a sword now with religion: ........and even Her Daughters of Protestant linage also violate the Marital Covenant first established at the Mountain . The Only reason you folks follow these doctrines of Rome is because your people are afraid to Go up the Mountain for yourselves....[see Deut 5:v5]

Now the Marriage from Adonai to all of the Children Israel is witnessed by no less than 600,000 souls or in Xian terms..about two and a half million souls who stood at the base of Mt Sinai and accepted the proposal and Marriage of G-d to all of Israel...( and the stranger among them)

.Klal Israel areviem zeh bazeh = All Israel is responsible for one another- That is community 101

Personally at the end of the day,...My sugesstion Follow the sages of Israel...No one yet has risen to fix this world If they did why were you taken into slavery and then loose memory during 240 years of your heritage ( six-generations)...and Totally forget the Diaspora you were forced into.

Simply because you were once Torah observant Hebrew-Yemenite/ Jews just like your Rabbi of choice Yeshua/J-sus. was a Torah observant ...well for the most part in the story)
The Torah is clear first and foremost.
Re-read it with clarity and no idolatry of heart and you will see what I mean,...with understanding in order for your instruction to be complete:

I strongly suggest you get a copy of the ~Ethics of the Fathers- Perkei Avos ~I(Artscroll Mesorah Series)~It shows the time-line of the Notables(Sages and mighty men) receiving the Torah ..then passing it to the next generation of Pious Sages of Israel...A Line of secession [if you will allow that analogy].http://shekinahlife.com/jewish-persecution.html Psst Gamaliel was the grandson, of Hillel the Elder of Israel,... most likely Yeshua's teacher of choice as the wording and doctrine used by him are first attributed to Rav. Hillel and past that to Rabbi-Akiva who had 24,000 disciples in Yerushalayim

Permalink Reply by Rick R. Kenney on August 12, 2010 at 8:07pm
Carol,
I apologize if you think that I was directing anything towards you. My points seem to have been misunderstood. The original issue was the basis for paying pastors for there devotion and total dedication to ministry 24/7. This does not include fakes, frauds or imposters. There seems to be a consensus that there is a lack of sincerity in the pulpit, of which I do not deny. However, there are anointed people in ministry whom GOD provides for, but it has to be done through human beings (saved or not). With that being said I am in favor of not only blessing the pastor but giving him/her a salary as well. I think it's the right thing to do. I support my pastor and church financially, as I do other ministries worldwide. I believe that is MY christian responsibility. Every person is FREE to do whatever they feel the LORD is leading them to do. My referance to ACTS was not one of a Pharisaic position, but that we should examine our ways to insure that they are from GOD and not from a carnal minded supposition. Peace to all Glory to GOD!

Permalink Reply by ShekinahLife on August 12, 2010 at 9:53pm
Mr. Kenny~writes~"This does not include fakes, frauds or imposters.= do not pay the frauds and impostors...."We are so glad you cleared that up..... Well that just about includes the entire 23,000 sects of christianity around the world.Fire them ALL now~~~ 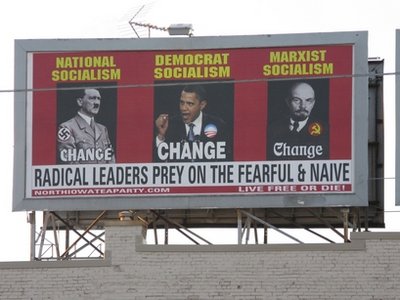 Permalink Reply by michael mccall on August 17, 2010 at 10:28pm
Should pastors get paid ? I like to keep in mind every work done never go unpaid. We as man have a tendency to want or to expect to get paid right here right now. As Luke 6:23 "Rejoice ye in that day, and leap for joy: for, behold, your reward is great in heaven: for in the like manner did their fathers unto the prophets" . We have to be able to rejoice in that day an leap for joy knowning our reward is not on earth, but in heaven. We know and believe God will take care of all people regargless of who we are, what we are, and how we are. we must keep in mind "what you reap is what you........." With that being said, sow great thing and yu will reap great things. Which is having life abundantly. Your pay is your blessings.

Permalink Reply by ShekinahLife on August 12, 2010 at 10:30pm
Really it is all about control,... every denomination has its control features,... And Rome controls it all with total unbridled Idolatry...Violating the very Torah it first accepted.

Since 1841 Wescott and Hort renditions of the original KJV you all revere, sadly your English versions have been altered to fit the dogma of Rome and certainly not the teachings of a first century Rabbi...why because in Israel and especially Torah study,...nothing changes for the most part.

Rome on the other hand has a never ceasing struggle to please all there masses with generational lies...Simply at the end of the day we are all born into the Lie" and we need to dig out of the quagmire....

Other than venerating some of the great students of YHVH / Rabbis of note and there particular slant to a custom or say may be more into personal Self nullification type teaching than another sect perhaps,... then that is all there is.

See G-d is everything, including me. Go ahead say it...Yeshua did,... you can too,.. Look into the Mirror and say this; The Kingdom of G-d is here and then point to your heart,... your very essence is the Essence of YHVH the Master of the Multi-verse..If that is to heavy go watch the video on the previous page:
That is the oneness of YHVH with Israel,... as One unit.... as a Hubby and his virtuous woman Echad/one from the ONE!

Hope that helps someone find the ShekinahLife

The theory of the Torah walk is that you can do it better and that is passed on to the next generation...your Son (s) and so on..and ...so on.

Permalink Reply by Evangelist Gregory Trent II on August 15, 2010 at 7:52am
I feel a pastor should do whatever God called him to do whether it's free or not you can never put a price on the acceptance to the call of ministry nor can you put a price on any soul our reward is due in Heaven which will last for eternity that's far longer and greater than a weekly paycheck.  Never have I seen the righteous forsaken nor his seed begging bread; God supplies for his own whether it be through a job or through the church it shouldn't matter as long as God is doing his job we should always do ours.

Permalink Reply by Rodney Hopkins on August 18, 2010 at 10:34am
I HOPE SO BECAUSE I WOULD LIKE TO MINSTER THE WORD OF GOD FOR A LIVING AND I HAVE A FAMILY TO SUPPORT. I MEAN 24/7 SO IF I DO THAT HOW WOUD I GET BY BESIDES BY FAITH. EVEN WHEN THE LORDS ARCH WAS ESTABLISHED GOD KNEW THAT THE ARAON AND THE PEOPLE WORKING IN THE TABERNACLE NEED A CERTAIN AMOUNT OF THE OFFERINGS TO SURVIVE. OR MABEY I NEED TO READ IT OR I AM STILL A YOUNG BABE IN CHRIST OR YOUNG ADULT LOL.... GOD BLESS

Permalink Reply by Preacher on August 18, 2010 at 2:06pm
The true man of God doesn't minister to make a living,he lives to minister..
GB

Permalink Reply by Pastor B. Wells on August 20, 2010 at 3:31pm
That question is 100 fold not two fold because it comes down to if the Pastor is 100% full time meaning their Pastoral duites keeps them from working for job, meaning they have a large church anywhere from 250 people and up ,where they are always couselling members differernt times every day of the week and travel consistingly to minister aroyund to fellowship churches etc.
I can not see a Pastor requesting a pay check with 5 members and no one gets saved, delivered and set free. And have 90% of the week free to work a regular job. I call them greddy dogs.
I have personally meet a pastor who have 6 members and get $2000 a month from the church is in a upper middle class area.
I can see having a envlope for people to give a love gift to a Pastor with a few members thats helping them grow in God.

Permalink Reply by Preacher on August 20, 2010 at 6:08pm
100 FOLD isn't speaking of money, its speaking of souls won for Christ through the preaching of the word of God...

The Bible says many are called but few are chosen. If you are called and not chosen you might think you deserve something. I f you are a chosen vessel then you know you don't deserve anything and His Grace is sufficient. God knows the heart. This is why The Word says many on that day will try to justify their service by crying: did I not cast out demons and heal the sick in your name. And He Will reply; depart from me you worker of iniquity. Seek yea first the Kingdom of God and the rest will be added to you. Going into ministry to get paid is like pimping the word. That'll get you front row seat in HELL....