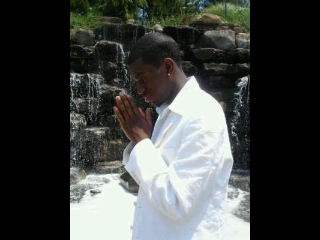 State You Live In:
OUTSIDE USA

Prophet Harold E. Williams, Jr., is an innovative, anointed, revolutionary seer of this day. As a well sought out man of God, he has preached at many revivals, crusades, youth conferences, banquets, and mens' retreats.

He became saved at the age of 10. He then realized that there was something special about his life. He realized that he was birthed with a Kingdom purpose and a Kingdom agenda. At the age of 16 he answered the call. About a year later he then preached his initial sermon and became an Associate Minister, under the leadership of Pastor Lawrence W. Bryant at Pleasant Grove Christian Community Church. He then served on the presbytery of Kingdom Life Cathedral, as an Elder under the powerful leadership of the Senior Pastors, Bishop Sterling and Dr. Yvette Porter for 5 years. He currently is serving under the fellowship or organization of Dominion Ministries, under the leadership of Senior Pastor Jimmie Smith. On May 18, 2008, Prophet Williams was ordained as Pastor of Shekinah City of Praise. He has obtained an Associates of Arts Degree in Biblical Studies from Lamplighters School of Theology. He will be also pursuing a degree in Psychology from American Public University. He believes 2 Timothy 2:15,"Study to shew thyself approved unto God, a workman that needeth not to be ashamed, rightly dividing the word of truth."

With an End Time Anointing, he moves very heavily in the prophetic. This man of God has a very unique anointing that truly breaks the yoke of tradition and religion. He is known as an "Out of the Box Prophet"or "The Prophet of the End Times". And before getting up to minister he always prays," Not my will but Let YOURS be done". This Prophet has ministered to thousands as well as ministered one on one. With an incredible call, he still manages to stay humble and is one of excellence. On August 23, 2008, Prophet Williams was joined in Holy Martimony with Lady Jonniece S. Williams. These two joined together as a dynamic duo for the body of Christ.

Worship said…
God is doing wonderful things in these days. He is showing His people how to be cleansed and how to fellowship with Him. He heals those who are obedient to Him. Those who are light learn the truth and can truely tell others the truth. In these times He has revealed the truth to many. For many generations we have been waiting for true answers not we have a way to receive confirmation and answers but first we must submit ourselves to Him in prayer and then admit our sins then be baptized and also forsake sin. In that way we enter into the Door which God forordained for us when He sent His Son to be the Door for us. That is why we pray to God in the Name of His Son so that we can have an intercessor for us. Now all we have to do is activate it by repenting and forsaking all sin. God has given us this information in hope that we listen and do His Ordinance. If not we continue in the world, doing the things of the world, being sick, not knowing the truth and all that He has prepared for us. Nor do we know His Will so if you have true faith then step out on it, do what is required and you too shall know the truth. Wash your hands and get your attire cleansed this is the way to doing it

Ricco D. Vance said…
Greetings and peace be unto you!

Thank you for the invitation to fellowship with you here. I pray that the fellowship extends beyond the confines of the www - but will reach throughout the length and breadth of this country.

Stay encouraged in the Lord, keep preaching the Kingdom message.

Jennifer Harris said…
Thank you for adding me as a friend. May you be blessed above measure as you continue to do the work of the Lord!