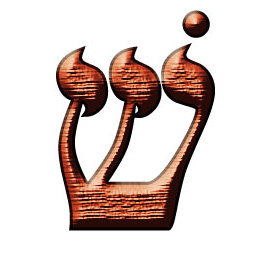 P. Harris has not received any gifts yet

Favorite Preachers:
no favorites. God can use a donkey if He so desires

Study to show yourself approved.

Hardened Hearts Have Become the Rule Rather than the Exception

My study today drove home the reality of the times we live in. This is accomplished by identifying the means by which people have been able to continue abiding in this strong delusion.

Don’t you sometimes listen to the lies that are being poured down like rain on people all over the world and wonder how it is that they can continue to lie and be lied to? Well, I do. I try listen to the news and I read the mis-information being dumped onto the internet and I am stunned, to say the… Continue

Nothin' but the truth...

“…God so loved the world that He gave His only begotten Son, that whoever believes in Him should not perish but have everlasting life. For God did not send His Son into the world to condemn the world, but that the world through Him might be saved.

"He who believes in Him is not condemned; but he who does not believe is condemned already, because he has not believed in the… Continue

I am sharing this from my personal study time. Ever since the outcome of the November elections, I have been reminded of these words. I had not found time to look for the verse associated with these words but my system of study took me there this morning.

Over the past 27 years, since the time when I first tried studying the Bible in earnest, I have often wondered how this great hoax would be carried out. Now I see that it took about that long for the world and this nation to become… Continue

Apostle Prophet Per Einar and p said…
We would like to Wish you a Happy and Prosperous new year. you live to see the goodness of the lord next year2009 and all the promises of our father become realistic in your lives, the ministry and family.in the Jesus Christ name.love from us in Norway prophet apostle Per and Aina Jensen. Please pray for us.We pray for you
http://www.mirakeljensen.com. Please Write in ours guetbook

Glad to have you onboard!