About Me: (Ministry Info, Hobbies, Fav. Music etc.)
Called out to lead, chosen to speak, and pregnant with a now word from the Lord, James uses scripture references and real life experiences combined with the anointing to deliver a soul stirring, demon destroying word that is able to uplift, and raise to a new level in Christ.

Born in Bronx, NY and raised In South Carolina, James received the Lord as his personal savior and was filled with the gift on the Holy Spirit at the age of sixteen. He moved to New York City by the leading of the Holy Spirit, where he was directed and instructed in all the ways of the Lord. After the death of his mother, James moved back to South Carolina where the Lord gave him Black Sheep Secret: The Homosexual Spirit Exposed. A book which chronicles the life and deliverance from Homosexuality, as well as opens the eyes of believers to the spirit of homosexuality. James then obeyed the Lord stepping out on faith and moving to Atlanta, GA, where he followed the Lord into the wilderness of his life; even into homelessness. Where the Lord purged him, refined him, broke him, and rebuilt him.

Prophet James was called into ministry at the age of 21, preaching and teaching in many churches of New York and New Jersey. In 2006 under the guidance of the Holy Ghost James founded Spirit Bound ministries whose name was recently changed to Raising Kingdom Citizens, a ministry that is dedicated to the uplifting of the Spirit of God, and delivering the word of God from God. Prophet James has a mandate from God to build the kingdom of God with flesh and spirit. He instills the kingdom of God in the heart of buildings not made by hand; human kind. This he does under the authority of the Holy Ghost, and the leading of the Lord Jesus Christ.

The Lord has blessed the work of Prophet James, allowing healing and deliverance to take place under his anointing. Many, who have heard the word of the Lord through him, have been changed. Demon spirits have been released through the power of God. Many who have heard and seen his ministry, report of being lifted, and revived to walk after God. Prophet James’ Live radio shows on, www.BlogTalkRadio.com/the-prophet-spirit attracts many to his highly anointed weekly shows.

James has the move of God in his soul, earnestly desiring to see believers living to their highest potential; Moving beyond the realm of the natural, and deep into the realm of the spirit. His vow is to do or say nothing that is not coming directly from the spirit of God. To build a ministry, that's more than a ministry, but a spirit bound entity; where everything is done by the spirit, through the spirit, and for the spirit of God. His sole purpose and desire is to do the will of the Lord.

James enjoys singing, worshiping and praising the Lord, and especially delivering the word of God.

Favorite Preachers:
The Holy Ghost therefore, whoever speaks as of the oracle of the Holy Ghost can hold my attention.

Have you ever wondered how two men or two women could bring themselves to have sex with one another? Do you want biblical truth about homosexuality? Why is it that lesbians are more excepted than homosexuals? Why did God say two women having sex together is confusion, but two men having sex is an abomination? All these answers and more and found in Black Sheep Secret: The Homosexual Spirit Exposed.

To purchase your copy of Black Sheep Secret Click here

Author, James Bligen Delves Into the Controversial Topic of Homosexuality and the Church in His Book Titled,
Black Sheep Secret: The Homosexual Spirit Exposed

ATLANTA, (January 5, 2009) - Why are men having sex with men? Why is it an abomination for a man to have sex with another man? Why are women having sex with women? Author, James Bligen delves into this controversial topic and uncovers the truth about this confusion in his newest book, Black Sheep Secret: The Homosexual Spirit Exposed.

Bligen shares his personal testimony how as a young man, he struggled with overcoming sexual abuse, self-hatred, and homosexuality. He shows how through Christ, the spirit of homosexuality that is running rampant in many people's lives, families, and even in our churches, can be broken. Black Sheep Secret is written in a straightforward manner with the intent to help break the homosexual curse that many people have bought into. Bligen lets you know that there is hope and freedom for the person who is tied down in homosexuality, and that hope and freedom is in Jesus Christ.

The Man: Without God

Strip a man down to his bear soul and all he is left with is choice.  He has a choice to die with nothing but his soul, or the choice to grow on from there and reach for higher heights…

Sponsors For A Man Like God Men Conference Sponsors

Raising Kingdom Citizens and James Bligen seeks sponsors to sponsor their A Man Like God Men Conference to be held at 7548 Lancaster Road, Dallas TX 75241.

This sponsorship is to hire a film crew to film the three days of the conference.  This sponsorship will also cover promotion costs for this event which is estimated to…

They Don't Know Me!

Today the Lord spoke in my spirit and said: "They don't know me!" He said that we needed a re-introduction because we don't know him. We worship him with our lips, and praise him with our tongues but we don't know him. He said we have stolen his glory by glorifying ourselves in the works of his hands. We minister to bring glory to ourselves, not to him, we worship to be seen and not by him. We do all manner of evil and then worship him on top of it; then say we know him.

Prophets, the prophetic mantle is not given for us to glorify ourselves, or to make a name for ourselves, but it is given by God to the Glory of God. True prophets are not to magnify their gifts, but to magnify God and to be examples of Christ's love and affection for his people.

We Prophets, are the mouths, eyes, and ears of the Lord. We hear the spirit, we see in the spirit, and we speak from the spirit of God; NOT from our intellect, or our own knowledge. We must never… Continue 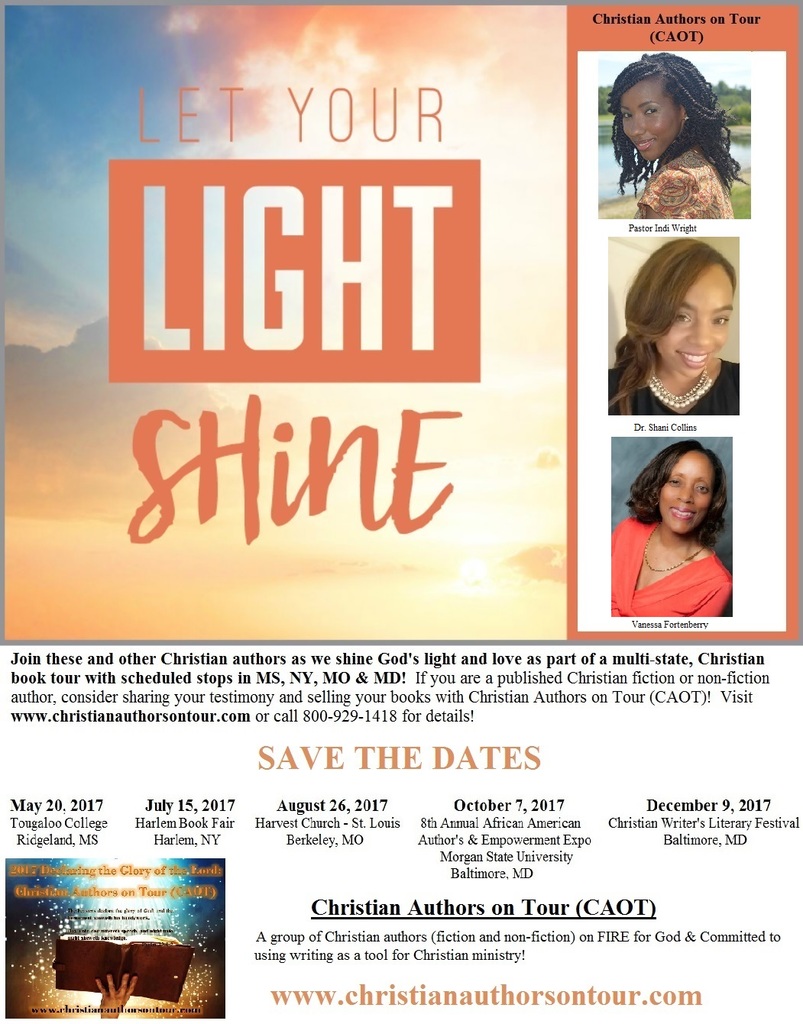 My name is Sister Gloria,
how are you and your ministry also your family?i hope all is well, if so thanks be to God almighty,I pray in this month of grace,May God pour out incredible miracles grace in your life and ministry,as i came a cross your page now on this abcpreachers.ning  So I decided to stop by an let you know that I really want to have a God fairing friendship with you. Beside i have something special i want to discuses with you, but I find it difficult to express myself here, since it's a public site. I will be very happy, If you can get back to me, through my e-mail(
Gloria4love86@yahoo.com ) So we can get to know each other better,also tell you more about myself,

I want to be a blessing to you. There is a revolutionary new company taking shape in the our midst. Headquartered in Bellevue, WA - just across Lake Washington from Seattle - is a new kind of business that is founded and led by a visionary team of mobile, media, and technology executives setting out to change the face of social commerce with a platform unlike nearly any in the market today.

Rumored to be the next Facebook - Solavei is taking the world by storm. I'm a founding member and would like for you to join us. Timing is everything and there is still time for you to be a part of the fastest growing company in the US. Let's take ministry to the marketplace. This 5 min video tells the whole story: http://vimeo.com/48049267

After watching goto https://www.solavei.com/jdonaldedwards and provide your email for more information.

G.U.W. MINISTRY said…
Charles Spurgeon once said, "Satan never kicks a dead horse." That means you are alive. It means you are active. Every believer is in a battle. We are in a fight! Don't be fooled by all of these commercials on T.V. from other Christian ministries depicting the Christian life as frolicking through the flowers, health and prosperity and individuals standing around with wide smiles on their faces. You have either just come out of a battle or you are now in a battle or you are headed into a battle -- because the Christian life is depicted as a battle.

Prophetess Latonya Leonard said…
I Commend you as you allow The Lord Jesus Christ to use your Testimony To Bring True Deliverance and Absolute Healing Remember this
First EXPOSURE Then CLOSURE The Main Ingrediant for This Assingment is Much Prayer & Fasting.