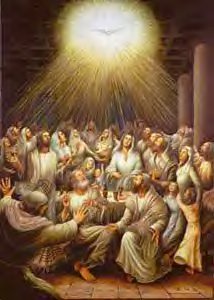 YOU are BLESSED to 'BE' a BLESSING!

YOU are BLESSED to 'BE' a BLESSING!

Remember the prayer of Jabez in I Chronicles 4:10? Jabez asked GOD to bless him indeed. Now some might think Jabez prayed a selfish prayer. However, I believe he TRULY wanted to be blessed to 'BE' a BLESSING, so GOD could bless others through him.

Therefore, GOD answered HIS petition because in GOD'S sight Jabez had the right desire in his heart. He did not want to be a pain to anyone or cause anyone grief. Jabez was seeking GOD'S face… Continue

Now how much fear does it take to neutralize your love? I liked an illustration somebody gave once. This person said, "You know, imagine you put all the ingredients together and baked a beautiful cake with lovely icing. It is a lovely looking cake, but in the ingredients somebody slipped in a spoon of fine sand. It was just one spoonful, and they mixed it up with the ingredients. The cake gets baked and when you cut that piece of cake you can't see the sand. It looks beautiful. You take it and… Continue


Running with 09 takes a different path than previous years; we have walked through completion (07), new beginnings (08) and now comes the transition (09) in preparation for the emergence of New Order (10).
09 is a strategic time of transition. Are you ready to run with 09? God is going to solidify and bring into fruition many of the visions, plans and purposes that you have received from him.… Continue

I have travel around this Country for the past several years consistently, and everywhere I go people of God always ask me the same question."What is The Apostle Doctrine as taught by Jesus?" I always tell them the same answer, come to the conference and find out. Many who do not want to come and pay for the conference always attempt to get me into a debate. They either say that The Apostle doctrine is the Apostolic doctrine, while others have said it is the Pentacostal doctrine. I still stand… Continue

Preachers: Sweat out the Text

If you are a preacher then you know that you are never really ‘ready’ to preach. Preachers could always use more time in prayer, further meditation upon the text and to reconsider appropriate application. However, the time eventually comes when we must take that walk from our seat among God’s people to stand behind a pulpit and proclaim the everlasting word of God. It is at this point that you must be as ready to do what God has called you to

Why do some guys walk to the pulpit and… Continue

Greetings again in Jesus name, indeed it’s a pleasure to hear from so many of you around the world. God Bless all of you today. First Prophetess and I would like to thank our friends and supporters. This is a great time to be in the body of Christ and look for special announcements to come about new endeavors for the Word of God and new things that the subject of this Blog has birthed. "Tis the season." There are four seasons and… Continue

What we possess and display as a badge of pride. “Do not be one who holds his hand out to take, but shuts it when it comes to giving. If your labor has brought you earnings, pay a ransom for your sins. Do not hesitate to give and do not give with a bad grace, for you will discover who He is that pays you back a reward with a good grace. Do not turn your back on the needy, but share everything with your brother and call nothing your own. For if you have what is eternal in common, how much more… Continue

As you all know we as African Americans have made history. There is a Black man actually running for President of The United States. Although I do not know this man personally I must admit that I am very proud of him and his courage to pick up the baton and run with it. We as African Americans, Black People, Negroes, or how ever you may refer to us have indeed come a long ways but we have a lot further to go. We have been awarded an opportunity to make a change and it is our duty to take this… Continue

REGISTER FOR 411 N4BLOG...SUBMIT YOUR EVENTS AND INFO COMPLIMENTARY!

“To grow self grows others which in turn grows communities”
MAKE SURE YOU VISIT AND SUBSCRIBE TO OUR 411 N4BLAST BLOG 411 N4BLAST Blog This is where you go to submit your flyers, press releases, announcements, ect. for your COMPLIMENTARY 411 N4BLAST that now reaches OVER 80,000!!!
YOU MUST BE A SUBSCRIBER TO THE BLOG!…
Continue

Pray Thursday - Prayer for Election, Leaders and our Nation

Her Early Years
Attended Independence High School San Jose, California & Mustang High School Mustang, Oklahoma.
(Maintained an A/B average in all classes 3.89 GPA) and a member of the Pala Swimming Team Maintaining 1st and 2nd place during all competitions. Was ranked amongst some of the fastest Olympic Swimmers at the age of 14.

Dear Apostle Dr. Lee A. Davis, II. My wonderful husband, you are blessed and highly favored! I thank God for you....

Please forward this e-mail to your Brothers & Sisters in Christ who have or are Pastors Wives, First Ladies, and Elect Ladies. I would appreciate your assessment of inquiry of our Ladies
e-mail address's that they may contact me directly via Elect Lady Antoinette N. Davis at unitedfellowshipoutreach@yahoo.com / United Fellowship Women's Outreach Ministries. Of… Continue