We Must Learn To Be Contentment

I have learned to be content whatever the circumstances . I know what it is to be in need , and I know what it is to have plenty . I have learned the secret of being content in any and every situation , whether well fed or hungry , whether living in plenty or in want . I can do everything through him who gives me strength . ( PHILIPPIANS 4:11-13 )

Though I walk in the midst of trouble, thou wilt revive me: thou shalt stretch forth thine hand against the wrath of mine enemies, and thy right hand shall save me. (Psalm 138:7)
Fear not the troubled paths of your life. Give no concern to the sundry evils that press in upon you. Give your entire focus to the pursuit of the interests of the heavenly kingdom. Ever will the Shepherd protect His sheep. Ever will the King of all watch over the ways of His subjects. O believer, be not…

Though I walk in the midst of trouble, thou wilt revive me: thou shalt stretch forth thine hand against the wrath of mine enemies, and thy right hand shall save me. (Psalm 138:7)
Fear not the troubled paths of your life. Give no concern to the sundry evils that press in upon you. Give your entire focus to the pursuit of the interests of the heavenly kingdom. Ever will the Shepherd protect His sheep. Ever will the King of all watch over the ways of His subjects. O believer, be not…

Jesus spells it out plainly:" if we forgive others, we will be forgiven. Likewise, we shouldn't judge, lest we be judged and we shouldn't condemn lest we be condemned as well."

We ALL have ISSUES!

Every human has a weakness, Satan works overtime trying to exploit those areas of our lives, from our mother's womb he has been plotting against us, the good news is that God knew us BEFORE we were in the womb, and he ordained US! Keep in mind that the enemy wants to abort you spiritually, don't allow your weakness whatever it is to keep you from fulfilling the plan of God for YOUR life! Every human in the Bible had a weakness...Moses, David, Samson, Peter, Paul, and YOU! Yet God used…

Because You Are Sons

Just Believe In Him

We have merchandised the anointing so much, that…

Damaged, But not Defeated

Each of us have a history that has leaked into our present.  Horrific things have happened in our lives that has caused many to go to great measures to hide the effects of your history.  What momma did, daddy did, uncle, moma's boyfriends did.  Abuse, neglect, alcoholism, drug addiction, molestation...I don't know your history, but we all have one. However this I do know.  God has given me a series of messages where we have seen many delivered, and set-free.  The bible tells…

Studing The Bible With A Proper Attitude

Our first step is prayer, to humbly ask God for His help. This is the first vital key understanding His Word. God describes the kind of attitude and approach He respects: '' But on this one will I look : on him who is poor and of a contrite ( Repentant ) spirit, and who trembles at My word '' ( Isaiah 66:2 ) . Understanding God's Word is not a matter of superior intellect . God looks on the heart , our attitude and approach , to determine whether to give us understanding . The apostle Peter…

The Power of 52: Community Economic Collective

In Matthew 14:13-21 we see how Jesus took 5 loaves of bread and 2 fishes and feed 5000 plus. The Holy Spirit has allowed me to see this awesome power of 52. The Bible says God wants us to have the keys to the Kingdom of Heaven. Do most of us even know what that means. Most of us are rightly turned off by prosperity preachers. 3 John 1:2 says -…

A pleasant day to you.

How was your week?  I believe it was productive.

Today your dreams are coming to pass.

The weekend is here again. What are your plans?

One thing I have discovered is that successful people invest their weekends, they do not spend it.

You know why? Whatever you spend is gone forever, but what you invest returns to you.

Invest your time  this weekend. Believe me.

Experience the same thing and let this weekend be an…

"WALK IN SELF-CONTROL-IN WORD AND IN DEED: IT IS YOUR INNER STRENGTH"

WALK IN SELF-CONTROL: DO NOT BE EASILY ANGERED:

SELF-CONTROL; IT IS YOUR INNER STRENGTH." For the fruit of the Spirit is love, joy, peace, patience, kindness, goodness, faithfulness, gentleness, self-control." Gal 5; 22-23

Every person in life, has gotten angry and lost 'Tempers", only to regret it later. Every person has allowed their schedules to get over-whelmed, over- loaded, that Looking back, over the weeks, months or years, we must…

And God hath both raised up the Lord,

And God hath both raised up the Lord, and will also raise up us by his own power. (1 Corinthians 6:14)
God has given us the incredible hope of the resurrection! The same power which raised Christ from the dead will also resurrect us in that final day. Christ was indeed raised! Fear not then, for we too, will indeed be raised!

It's not ours to have, but only a loan

It's not ours to have, but only a loan

O LORD God Almighty, who is like you? You are mighty, O LORD, and your faithfulness surrounds you. You rule over the surging sea; when its waves mount up, you still them. You crushed Rahab like one of the slain; with your strong arm you scattered your enemies. The heavens are yours, and yours also the earth; you founded the world and all that is in it. Psalms 89:8-11

We think we own everything…

We need a Building

We are looking for a building for our Outreach Ministry. We need a building with a kitchen so that we can start our daily meals programs for the homeless & hungry. This outreach is just starting and we need to meet the needs of the people in our local Community. If you have a building to donate, or know of a building please inbox me. We are also in need of a house for our residential programs. We will also accept any donation small or large to help us with these Visions to be manifested.…

I do not teach “spoken” Hebrew, but I do teach Hebrew word meanings. Often times there are messages hidden just in one Hebrew word. Kafim right straight up has the letter Kaf Kaf they say was written originally as a man being bent, or bowing as before a king. But the Paleo Hebrew actually shows the palm of a hand. Elohim's cup like hand is filled with infinite love for those that worship Him as their fragrance is said to be so sweet He can not resist…

Knowing Who We Are!

I wonder do believer's know who they actually are. Meaning do they know their worth! Do believer's really understand that we was made in GOD, "image" His "likeness"? Do they understand that GOD, promise after the Holy Ghost, come upon us,we shall recieve power! We are victors in every area of our life, we are more than conquers. Yes, believer's always have the victory!

Author Tyrone Sanders will be the next FEATURED GUEST ON "BonaFide Talk"----"BonaFide Talk" is currently one of the HOTTEST RADIO BROADCAST IN THE COUNTRY!!An inspiring story about his consistent bat… 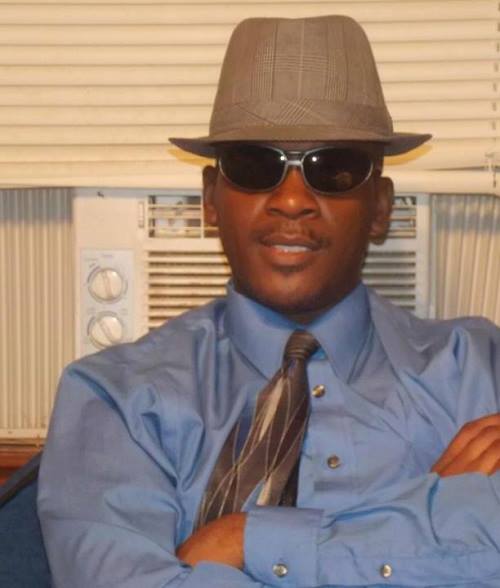 Author Tyrone Sanders will be the next FEATURED GUEST ON "BonaFide Talk"----"BonaFide Talk" is currently one of the HOTTEST RADIO BROADCAST IN THE COUNTRY!!


An inspiring story about his consistent battles with RACISM, JEALOUSY, DEFAMATION of…