THE TV IS MY SHEPHERD

THE TV IS MY SHEPHERD

The TV is my Shepherd: I shall turn it on. It makes me lie down on the sofa.
It ravishes my soul. It leads me in the paths of Ignorance and violence,
For the sponsor’s sake.
Yea, though I walk in the shadow Of my responsibilities,
There will be no interruptions;
For the TV is with me.
It’s cable and it’s remote control They comfort me,
It prepares a… Continue

The year 2009, a year of advancement and promotion...the year of the next level. 2009 is also a year of fulfillment. It is with great pleasure that we announce to you some very exciting developments in Ricardo Miller Children's Ministries.

Our new and improved website is up and ready. Check out www.rmcm1996.com or www.ricardomiller.com. There you can see videos, our itinerary, updates, partnership information and more. Coming soon...your very own Children's Ministry Resource Center… Continue

What did Jesus come to do? Well, folks, I am out of the hospital. Got out today and feeling better. Just to let those know who don’t, back in 2005, I was diagnosed with Crohn's disease. Well, from time to time, I would get what they call “flare-ups”, which is nothing more than the disease causing pain and inflammation. I had one Saturday of last weekend and was rushed to the hospital by ambulance. I was admitted Sunday morning and they ran a few tests to see what was going on. The X-rays and the CT Scans showed that I… Continue

The Prophet and the Teacher are similar in this regard; Prophets focus on the inspired word (Rhema) and the Teacher more on the written (Logos). But if you look at Acts 17:11 the Bereans understood the importance of both, but they confirmed the Rhema by studying the Logos! Usually God places Prophets and Teachers as friends and companions for this reason.
Teachers build the foundations of the church. They minister in the Word of God and remind us… Continue

Come and learn what the educators DID NOT teach! How to generate a substantial income from a couple that has ALREADY generated over $10 Million with Tahitian Noni International!

We would like to invite you to an event that will enlighten you for a brighter future. We will be there and would love to see you there as our guest.
You cannot beat the value of this information that will improve your financial future all for $5! That is less than a good lunch at your favorite
restaurant!

What do you have to lose?

We will see you there!

Need to lose the weight?

I am offering you the chance to sample try before you buy, I will send you a 7 day supply of the detoxing program for $7. and the instructions on how to do it, NO Exercising required, you must be disciplined in avoiding the listed foods for the 7 days in order to see weight fall off of you. Weight and tape yourself before you start the program and when you are done. You can either mail me $7 or pay through… Continue

Healing the hurt, Church hurt that is.

Question: "I have been burned and hurt by the church in the past. How can I overcome this and renew a passion for church and a desire to attend church?"

Answer: The pain caused by a church is a “silent killer.” This doesn’t mean that the words and events that “burned” and hurt your heart are not very ugly and public. It is a “silent killer” because of what it does deep in the fabric of the mind, heart, and soul of the wounded. If not dealt with, it will destroy future happiness, joy,… Continue

Because I am a woman

"Because I am a woman," she told him. "I don't understand," he said. His mom just hugged him and said, "And you never will". Later the little boy asked his father, "why does mother seem to cry dor no reason?" "All women cry for no reason, " was all his father could say.
The little boy grew up and became a man, still wondering why women cry. Finally he put in a call to God. When God got on the phone, he asked, "God, why do women cry so easily?"

God said: "When I made the woman… Continue

Been there B 4, and this is not Laying on of hands to recover, I was abused...


" The Laying on of Hands " Domestic violence inside and outside the church!! from A.R.Johnson / First Family Films on… Continue

GOD MUST HAVE CLEAN VESSELS

"God doesn't seek for golden vessels, and does not ask for silver ones, but He must have clean ones." - D.L. Moody
"God can use only clean or holy vessels...God cannot bestow His glory upon anything evil or tainted. The Christian life demands unswerving obedience and allegiance to Christ. It places responsibility upon each believer to maintain a pure, unpolluted life." - Holman Bible Commentary

"To be a vessel for honor, you must walk in the light, confessing all known sin to… Continue

I just had to take time
to Give
GOD the Glory........
he alone is the eyeopener his he Not
Praise you you Lord for another day
The complaints of the day I will hear many, from unlikely sources
I will trust in you LORD, In the Holy name Jesus
What's in a Name ? POWER
I will...continue to take my steps closer to Glory
There is a Plan for my Life which was discussed, long before my arrival
Predestined… Continue

Ancient Church Fathers, Modern Leaders and Encyclopedia Quotes on the Subject of Tithing,

A survey of all the writings of the Early Church up to A.D. 600 (easy to do
with computers) is silent about tithing in the Church being a necessity. In
fact, it was the position of the great early Church Father Irenaeus that tithing
was a legal obligation in the Law of Moses and therefore is no longer
binding. He explains this in chapter XIII of book IV in “Irenaeus… Continue

Meaning: A copy that is presented during the course of our existence that we give to God.

It is time to know who God is in your life. It is time to build a relationship with Him. God is trying to call us up higher but because we offer up to him an imitation praise, an inmitation worship it is like a strange fragrance in his nostrils. We have somehow gotten off the path and because we will not take the time to repent and seek his face we send up imitations.

We know how to… Continue

Recently, I was praying and the Lord said me that I was about to move to another level in my walk with Him. I was excited but I had noticed something unusual. Many relationships I had were changing. Friends that I had known for many years and had really been a blessing to my life were no longer just a mere phone call away. It seemed that almost everyone was gone. As my life entered a new stage, I began to feel very alone. I cried out to God. What was happening? Abba Father gently spoke to me… Continue 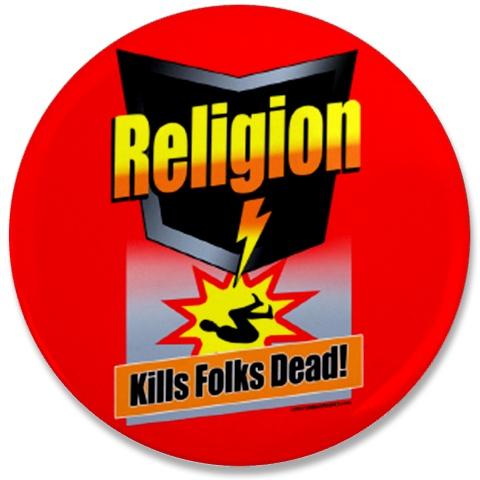 Once you get saved, the devil will try to make sure that you encounter false doctrine. Your faith is tender and you will be prone to believe anything people tell you about the Bible (that's why you need to read it for yourself everyday). If you have any questions, please write me and I will direct you to the appropriate scriptures. Please heed these warnings:
1. Don't let anybody tell you that you have to "speak in tongues" to show that you are… Continue